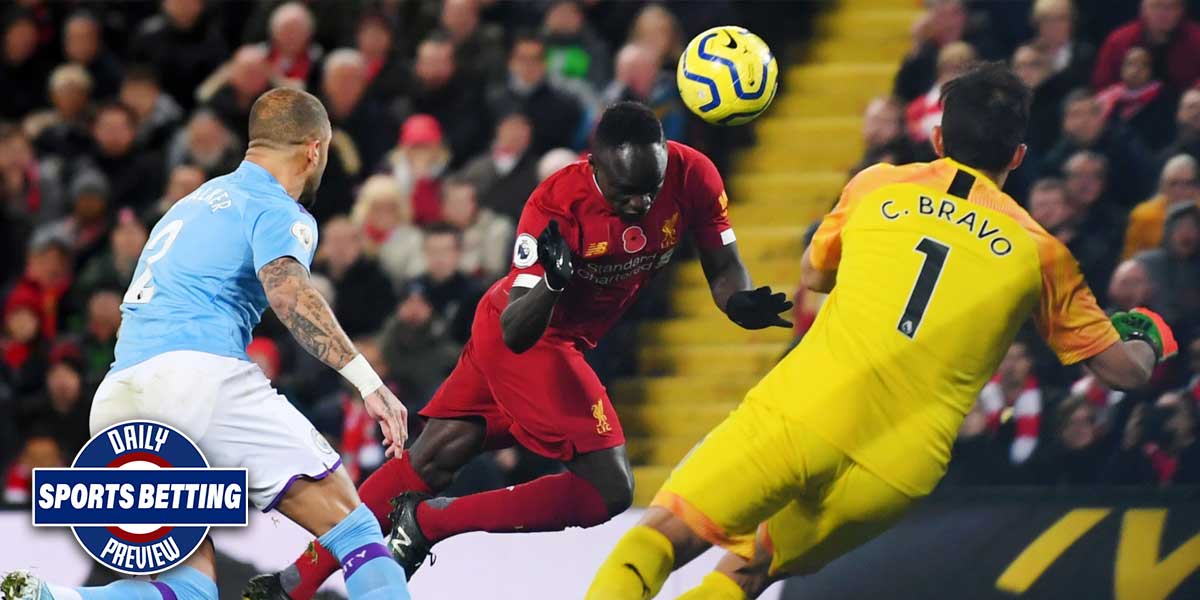 LAS VEGAS - Welcome to today’s edition of the Daily Sports Betting Preview - sure to be a good one.

First on the docket today, the Preview takes a look at some Premier League prop betting as Crystal Palace takes on Chelsea.

Then, in the world of tennis, an exhibition match courtesy of the Thiem’s Seven event has caught the eye of the Preview.

Finally, in the world of NBA sims, high-level teams collide as the 2004 Los Angeles Lakers face off against the 2016 Golden State Warriors.

Chelsea is one of the favorites to take the title from Liverpool next year, but this year, their team was simply too young.

That didn’t stop them from putting up a very respectable season so far, however, for which they should be commended.

In this matchup against Crystal Palace, they are favored on both the spread and the moneyline.

However, it is in the form of prop betting that much of the action on this game will be taken, so let’s take a look at some props:

This prop is a bet on whether or not there will be a PK in the game, from either of the two teams involved.

Chelsea has received seven penalties so far in the season, which is fourth-most in the league, while Palace has received three.

Given those numbers, the odds look about right - each of the teams has played 33 matches, and in those matches, received a penalty kick less than 30% of the time.

The Over/Under line for how many corners happen in this match is set at 10.5, and the odds on either side of the bet are even at -115.

Today’s tennis betting comes courtesy of the Thiem’s Seven event, an exhibition event that has some good matches involved.

Today’s best match is between Roberto Bautista Agut and Karen Khachanov, in a match that is sure to excite.

From this, it seems easy to see that Bautista Agut is favored in the match overall, straight up. This is not entirely surprising to see.

Bautista Agut is one of the very best players in the world, a 15-year veteran of the ATP tour, and is ranked 12th according to the ATP.

Karen Khachanov is no slouch himself, however. Khachanov is an elite player in his own right, ranked 15th in the ATP rankings.

This means that this match is perhaps one of the best that has been available to tennis bettors during the entire COVID-19 pandemic.

These are the two highest-ranked players that have been written about in the Daily Sports Betting Preview since the pandemic started.

This match looks sure to excite, both on the tennis court and in the betting parlor, as well as in people’s homes as they watch and bet online.

NBA simulation betting has expanded dramatically during the COVID-19 pandemic, and it should come as no surprise that innovations have been occurring.

The match on the docket today is between the 2003-2004 Los Angeles Lakers - the famed Shaq/Kobe/Gary Payton/Karl Malone team that lost in the Finals to the Detroit Pistons - and the 2015-2016 Golden State Warriors.

Most people remember what happened in the Finals to that 2016 Warriors team.

Basically, this is a matchup between two teams that are widely regarded as some of the best teams to ever lose an NBA Finals.

Let’s look at the moneyline:

The big problem for the Warriors in this matchup will be the size upfront from the Lakers. It doesn’t seem like the Warriors have anyone capable of matching up against Shaq and Karl Malone.

That said, it also seems unlikely that a team of the Lakers’ era would know how to handle Steph Curry and Klay Thompson on the perimeter.

The spread also favors the 04 Lakers, although not by an enormous amount, but by a notable one.

The fact that anyone can wager on a matchup like this is a genuinely interesting development in the virtual sports betting sector.

It could be a niche that sees further use, even after the pandemic comes to a close.