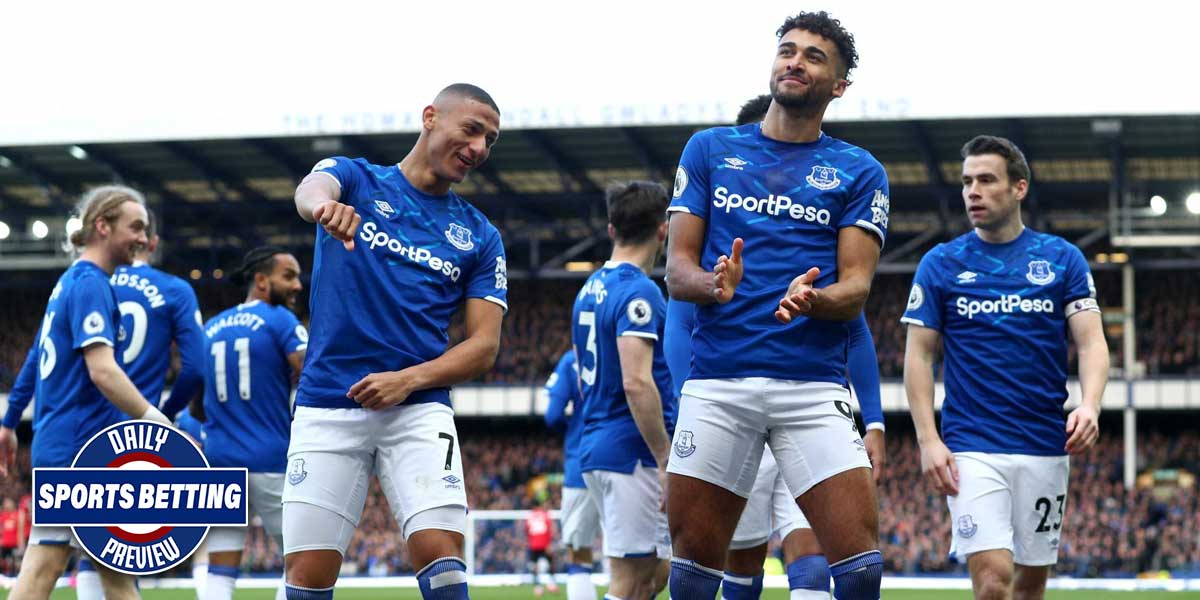 First, in the Premier League, Everton is set to face off against Southampton, and the Preview looks at some props.

Then, in the world of Golf, the Workday Charity Open first-round kicks off today, and the Preview looks at some pairings betting.

Finally, in the world of professional volleyball, Olympiakos faces off against Panathinaikos in what is sure to be a great match.

Everton has already set their sights on next season, after a fairly disappointing 2019-2020 campaign.

The team currently sits in 11th place, only one point ahead of their opponents today, Southampton.

That said, they are still favored on the moneyline:

However, there are also some interesting prop betting opportunities when it comes to this match in the Premier League.

Both Teams To Score

This means that, while neither team is particularly adept on offense, their defensive woes could make this an interesting wager.

One other type of betting worth looking at is betting on who will be the people who score the goals in the match.

The leader, of course, is Everton’s Dominic Calvert-Lewin, who is almost at even odds to score a goal during the match.

Calvert-Lewin is trailed closely by Danny Ings of Southampton and fellow Everton star Richarlison, who have +130 and +140 odds respectively.

There are some interesting longshots on this board as well, but many of the people beyond those top tier scorers are not known for their goal-scoring prowess at all.

Soccer bettors should be able to find some excellent prop betting opportunities when it comes to this match.

The Workday Charity Open’s first-round kicks off today, and the Preview, as always, is set to explore some trios betting.

The way trios betting works in golf is that golfers tend to be paired with golfers at similar scores and of a similar level to them.

This can create some compelling betting opportunities when it comes to golf, reducing the field down to a much more understandable size.

This can also allow for opportunities to beat the public money, as certain golfers could be overrated by the public or vice versa.

Today’s highlighted trio is the trio of Patrick Cantlay, Jordan Speith, and Phil Mickelson, which is truly an interesting one in terms of big names vs. the odds.

The two most famous golfers in this trio are, by far, Jordan Speith and Phil Mickelson. Mickelson, a legend, is one of the most famous on the planet.

However, these two are not at the top of the odds board for this trio, and, in fact, are not even close to being so.

Cantlay is, right now, the eighth-ranked golfer in the world according to the PGA. The fact that the other two are even grouped with him is a testament to their popularity.

Mickelson is ranked 67th in the PGA, while Speith is ranked 58th.

It is entirely possible that these odds do not favor Cantlay enough - Mickelson and Speith are simply not in his league.

If that isn’t enough, Cantlay actually won the Memorial, a tournament that is played on this very same golf course, in 2019.

Golf bettors would be wise to take a look at the trios betting to make a profit this time around.

The final betting opportunity for the day comes from Greece’s volleyball league, in the form of a finals matchup between Olympiakos and Panathinaikos.

These names might be familiar to those that follow Greek soccer, or perhaps the Eurobasket. These are big sporting clubs, and this is a rivalry that transcends individual sports.

This matchup comes in the finals of the A1 Volleyball league, Greece’s top flight volleyball competition.

Let’s take a look at the moneyline:

Olympiakos are significant moneyline favorites in this match at online sportsbooks, with -190 odds to take the win over Panathinaikos.

Panathinaikos, for their part, clock in with +140 underdog’s odds, so they don’t appear to be dramatically unfavored.

Olympiakos were the best team during the regular season, with a 14-2 record, while Panathinaikos were third, with a 13-3 record.

Panathinaikos are fresh off of a victory against PAOK, the only other team that was really in their league.

PAOK finished second, with a 13-3 record, but Panathinaikos managed to overcome them en route to this finals matchup.

This looks to be a very compelling match, and sports bettors everywhere might be tuning in.