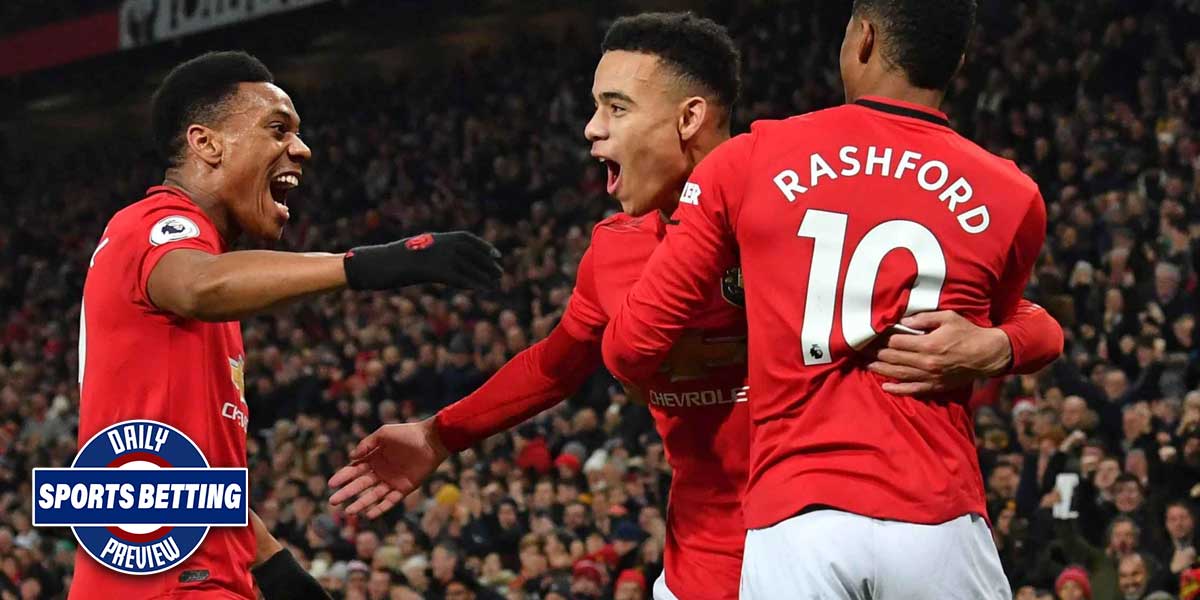 First, in the Europa League, Inter Milan is set to face off against Bayer Leverkusen, in an attempt to reach the later rounds of the knockout stage.

Then, the Preview takes a look at some MLB betting, as the Los Angeles Dodgers take on the San Diego Padres.

Finally, in the world of snooker, the World Snooker Championships continue today, and reigning champion Judd Trump might be in trouble.

The Europa League continues onward today, as Inter Milan gets set to face off against Bayer Leverkusen.

Milan made it through to this round after winning a one-game playoff instead of the normal two-leg competition.

They are fresh off of a dominating season in Serie A - of all the teams left in the tournament, they had the best season.

This could reasonably indicate that they are one of the best teams in the tournament.

Indeed, when looking at the futures odds for the Europa League, Inter is quite near the top of the list.

However, Bayer Leverkusen are no slouches, despite Inter’s greater domestic success this year.

The odds for this matchup are in Inter’s favor, which makes some sense.

Inter Milan are +109 favorites on the moneyline, very nearly acting as odds on favorites in this matchup, but not quite.

Leverkusen’s +245 odds are fairly close to the odds for a draw, which are set at +255 - it’s not unreasonable to say that the odds of Inter winning are roughly equivalent to the odds of a Leverkusen win or draw.

Inter Milan does seem to be the better team between the two, and definitely had the best season of the teams remaining.

This form could continue into the Europa League, but these matchups are notoriously small sample sizes to work with.

There are a lot of different angles to consider when placing a bet on soccer games, and this matchup is no exception.

Over in MLB, there are some burning questions that have yet to be answered about the COVID-19 crisis.

Chief among these questions is what will happen to the teams that have missed games, and do not have time to make them up.

The plan was for each team to play 60 games, but several teams have already missed more games than the schedule would allow them to play.

This is something to keep in mind when wagering on baseball nowadays - there is some degree of uncertainty regarding future games played.

That said, the games are still happening on a daily basis, providing baseball bettors with great opportunities for wagering.

In today’s featured matchup, the Los Angeles Dodgers are set to take on the San Diego Padres, as Dustin May heads to the mound for the Dodgers.

May has some extremely nasty pitches and is swiftly making a name for himself as a rookie with great potential.

In fact, last time he faced the Padres this season, he racked up eight strikeouts in six innings, and only gave up three hits.

The Dodgers are -150 favorites on the moneyline, while the Padres clock in at +139, a respectable underdog line.

One other aspect of this matchup worth looking at is the run line, which is pretty interesting in this matchup.

Baseball bettors should enjoy this one, although the lack of full information on May might be the biggest factor in this game.

He’s been lights out so far this season, but he is a rookie, and things like that can change in an instant in MLB.

This should be a great one.

The World Snooker Championship continues today, and there are only the quarter-finalists left in the tournament.

Today’s featured matchup pits Judd Trump against Kyren Wilson, a matchup that has a lot of history behind it.

Trump and Wilson have alternately fired shots at each other and swapped wins against each other.

Their history of rivalry is perhaps the main focus of this matchup, although for bettors, another focus exists: the betting lines.

In a very rare occurrence, Judd Trump, the reigning World Champion, is an underdog.

Wilson saw some success early in the matchup and enters today’s play having already taken the lead over Trump.

When playing snooker at this level, the matches take place over multiple frames, and in a tournament of this size, there are a lot of frames to get through.

This means that the matches take place over multiple days - think of it like the multiple legs in a Champions League tie.

In other words, Wilson is not a moneyline favorite in a vacuum - he’s shown the ability to take Trump head-on, and he’s already taken the lead.

This chapter of one of snooker’s most famous rivalries could be the chance for Wilson to get revenge for his loss in the 2019 Masters.

This is one of the best matches to take place in this tournament so far, so prospective snooker bettors should take a look at it.