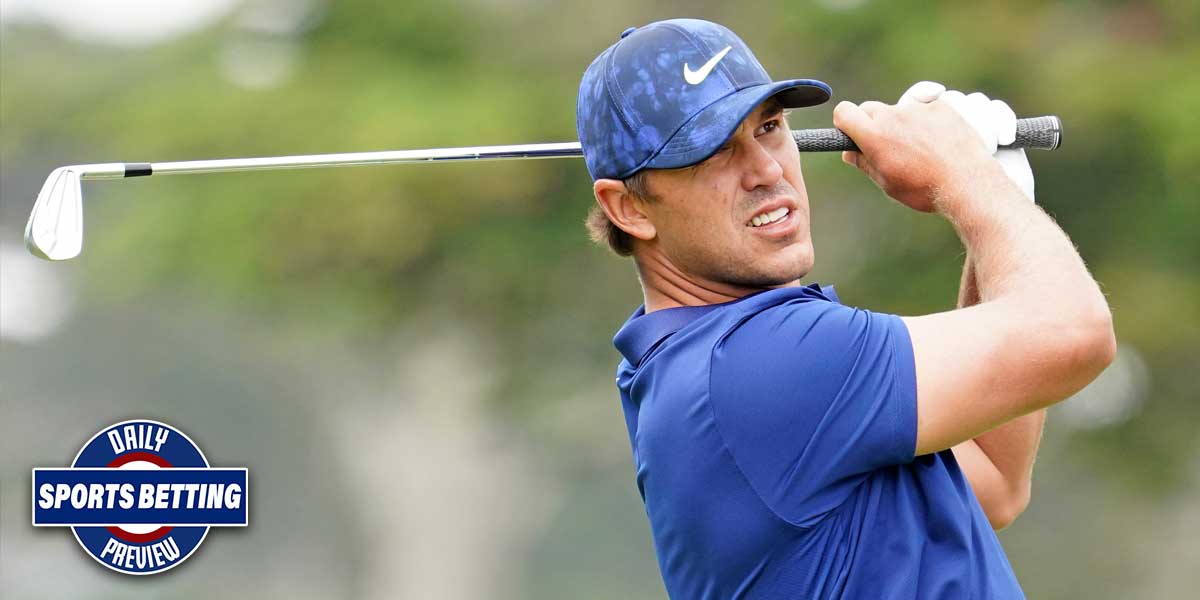 Today, the Preview starts out with an examination of the three ball betting odds for the PGA’s Wyndham Championship.

Then, the Preview takes a look at the Champions League, where Atletico Madrid faces off against RB Leipzig.

Finally, the Preview discusses some NHL action, as the Tampa Bay Lightning face off against the Columbus Blue Jackets.

There’s a lot to cover today, so let’s get started!

The PGA’s weekly tournament kicks off, as usual, on Thursdays. This week, the PGA brings golf bettors the Wyndham Championship.

The Championship is played at Sedgefield Country Club in Greensboro, North Carolina, and kicks off today, August 13th.

There are several great ways to wager on the Wyndham Championship, from futures betting to prop betting and three ball betting.

As far as three ball betting goes, there are a couple great groups to bet on.

2017 Players Championship winner Si Woo Kim leads his group, with +125 odds to come out as the victor over Zach Johnson and Keith Mitchell.

Johnson clocks in with +185 odds as the middle underdog, while Mitchell brings up the rear with +225 odds.

Patrick Reed is set to lead the odds boards in his three ball group, beating out Paul Casey and Shane Lowry with +130 odds.

Casey is closer to Reed than many second underdogs are to the leaders in their groups, with +160 odds.

Lowry, on the other hand, is one of the larger underdogs of the day in three ball betting terms - his +260 odds are some of the longest on the board.

This pairing has a tee time of 1:05 p.m. EST, so there’s a bit more time left compared to the first pairing, but not a ton.

Both of these pairings are good betting opportunities as far as golf betting goes, and should be examined in detail by potential bettors.

Their success under Simeone has been immense, reaching multiple Champions League Finals, although they have not managed to win one yet.

This year, one feather in their cap is that they were the team who stopped Liverpool’s unbeaten run.

Indeed, one could argue that they exposed Liverpool’s weaknesses - after the loss to Atletico, Liverpool were much worse and started looking mortal.

They are, on a game to game basis, one of the most dangerous teams on the planet, and as long as Simeone is there, they should continue to be so.

RB Leipzig, meanwhile, is a story of a different kind. Purchased by Red Bull in order to serve as a marketing arm of the company, Leipzig is a controversial team.

The RB in their name stands for RasenBallsport, a heavily manufactured german phrase that roughly means “Lawn Ball Sports."

This name was chosen so that Red Bull could circumvent the rules of the Bundesliga, and effectively put their name on a team, which is not allowed.

They started as a team in the fifth tier of German soccer, and, since their purchase by Red Bull, have rocketed upwards, making the Bundesliga, and, eventually, the Champions League.

Interestingly, however, they have not been able to keep their best player, Timo Werner, on the team.

Werner left the team for greener pastures, joining Chelsea, and could have been a difference maker in this matchup.

Atletico Madrid is rightfully favorites in this matchup. Without Werner, there are questions as to whether the attack of Leipzig can break through the smothering defense of Atletico.

However, it is worth noting that Atletico are not outright favorites - they have +125 odds, while Leipzig clocks in with +265 and a draw has +210 odds.

A lot of this is due to their defensive prowess - the score is expected to be low, and there are lower margins in games like that.

The Over/Under line for total goals is set at two, and while there is some mild shading towards the Over (-117), that is still a very low total, reflecting Atletico’s defensive dominance.

This should be a great game, although it might be a bit devoid of goalscoring excitement given the quality of Atletico’s defense.

The NHL playoffs continue today, as one of the best teams in the NHL faces a tough challenge in the first round.

The Tampa Bay Lightning crushed the regular season, again, and set themselves up to make a playoff run.

The spectre of last year’s devastating playoff loss to the Columbus Blue Jackets has hung over them ever since it happened.

This year, the playoff draw gives them a chance at revenge against those very same Blue Jackets that drummed them out of the playoffs last year.

The Lightning won game one of the series, in a playoff classic that saw five overtime periods.

Entering game two, they seek to take a dominating position against a team that already pulled off the upset against them once.

The Lightning are pretty serious favorites in this matchup, despite the obvious conclusion from game one being that the two teams are pretty evenly matched.

This is a fascinating series, especially after an incredibly even game one that saw both teams get worn down by the time spent on the ice.

Only two days after that marathon of a game, hockey bettors will be forced to figure out one of the most confusing series’ in the NHL playoffs this year.