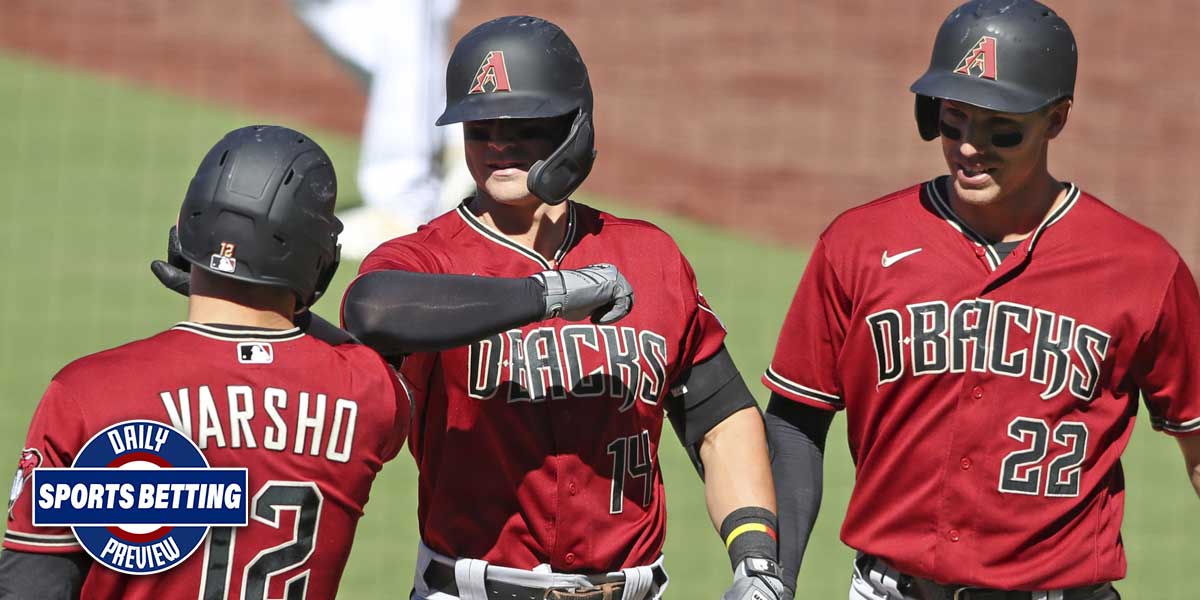 LAS VEGAS - The Daily Sports Betting Preview is back on this beautiful Monday morning with three betting opportunities for its readers!

First, the Preview takes a look at some MLB action as the Oakland Athletics face off against the Arizona Diamondbacks.

Then, for fans of volume betting opportunities, the Preview examines some Russian table tennis action!

Finally, in the Europa League, Inter Milan faces off against Shakhtar Donetsk, in what should be a great matchup.

The Arizona Diamondbacks started the season as playoff hopefuls - they added Madison Bumgarner to mentor their young pitching, and generally were expected to hover around the playoff race, maybe a bit outside of it.

Currently, however, the Diamondbacks are 11-11, and sitting at third place in a tough NL West division.

They are well behind the Los Angeles Dodgers and the Colorado Rockies, and only half a game up on the San Diego Padres.

This season being as short as it is, an 11-11 record, already not an ideal situation, is worse than it would normally be.

The Diamondbacks need to get back on track fast, or they risk this becoming a lost season. The Oakland Athletics, meanwhile, are having a great season so far.

They’re first in the AL West with a 16-6 record, they’re one of the best teams in the league, and their World Series odds are already down to +1000.

The A’s are the proud owners of the best record in baseball, and they’ve been performing in a dominant fashion so far.

All of that said, the odds for the matchup between these two teams are actually pretty close.

The A’s are notable favorites on the moneyline, but not by as much as one might expect, while the Diamondbacks are mild underdogs.

This perhaps reflects some trepidation on the part of online sportsbooks and MLB bettors with regards to the A’s.

The A’s are not the Dodgers or the Yankees - they aren’t filled to the brim with elite talent, which means that they could be a prime regression candidate.

The worry with the A’s could be that they are overperforming now, and will at some point cease to do this.

It is possible that this belief could keep their odds relatively low for the foreseeable future.

Volume bettors rejoice! The Preview is back covering Russian Table Tennis, one of the best volume betting opportunities around.

Volume is important in sports betting because the more volume a sports bettor has, the less they need to win any given bet.

If a given sports bettor is wagering on 100 separate events, winning 56 of those bets is all that is necessary to become profitable, generally speaking.

Basically, this works on the same principle as stock diversification, or, to put it a bit more simply:

Don’t put all your eggs in one basket.

Russian table tennis is a prime volume betting candidate because there are so many games on any given day.

Today’s offerings are from the Moscow Liga Pro, and run for the entire day - at least 12 hours of betting, with a new match every fifteen minutes or so.

The only odds available are moneyline odds, so let’s check one moneyline out as an example.

In this matchup, Alexei Vlasov is a +219 underdog, a fairly significant one. His opponent, Dmitry Balakin, is set at -279.

One thing to note about the way that these events are structured is that both of these competitors will be playing multiple times in a day.

In fact, both Vlasov and Balakin have two other matches in the day. They even have a common opponent, Sergey Burov, who is favored against both of them to differing degrees.

It’s worth noting that Burov is less favored against Balakin than against Vlasov, which matches up with the fact that Vlasov is an underdog to Balakin.

There are a ton of matches set to be played today, and a ton of different connections between them to be found, so bettors should keep their eyes on this competition.

Inter Milan has become one of the major favorites to win the Europa League with the exit of Manchester United yesterday.

United were the only team with better odds than Inter entering this round of play, and they lost to Sevilla, leaving Inter’s matchup against Shakhtar Donestk the only thing standing between them and favored status in the Europa League.

Shakhtar are a name that many fans of European football will recognize - they’re an occasional Champions League competitor, and this year, they look to pull off the upset of Inter Milan in the Europa League.

Shakhtar are no pushovers. The Ukrainian champions are riding an 11 match winning streak and defeated Basel and Wolfsburg decisively in the Europa League.

Inter are serious moneyline favorites, and relatively heavily as well. Their -162 odds are pretty significant, although they do make sense in context.

For one thing, Inter are closing out an incredible season, in which they finished only one point behind Serie A winners Juventus.

For another, teams like Shakhtar Donetsk, the champions of relatively smaller leagues, don’t have a great track record in European play.

That said, these odds do seem to disrespect Shakhtar, at least a bit. The +444 is a bit much, especially when considering the teams Shakhtar has beaten to get here.

Wolfsburg and Basel are not nearly as good as Inter Milan, but they are at least quality teams, and Shakhtar handled them with ease.

Their +444 odds seem fairly generous to soccer bettors, even with the likelihood that Inter will come away with the win here.