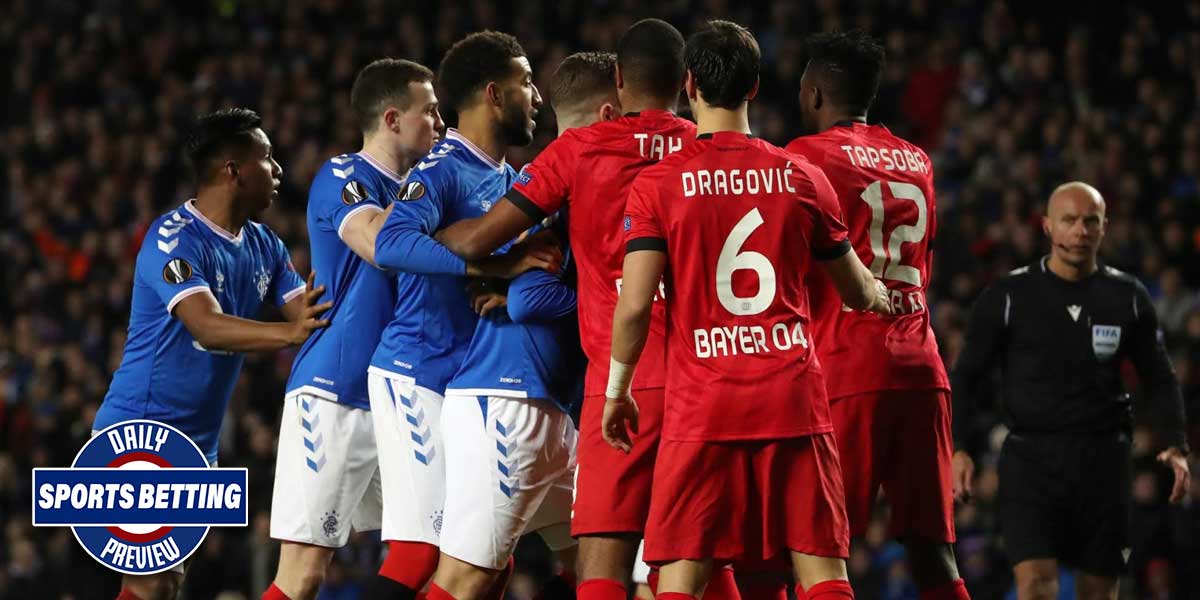 LAS VEGAS - Welcome to this Thursday edition of the Daily Sports Betting Preview, where the focus is placed on slightly smaller bets.

First, in the UEFA Europa League, Basel faces off against Eintracht Frankfurt.

Then, in the WTA, the tournament in Palermo continues today, as Oceane Dodin battles Dayana Yastremska.

Finally, in the world of golf, the first round of the PGA Championship kicks off today, and there are some great three ball betting odds.

After the excitement of the return of the Europa League yesterday, and the great games that ensued, today’s matches have a lot to live up to.

In this matchup, the favorites are clearly Frankfurt, who enter the match coming off of a relatively disappointing ninth place finish in the Bundesliga.

The matchup between the two teams resulted in a dominant Basel victory last time around, with Basel winning 3-0.

This means that Frankfurt have their work cut out for them in this one - they need a big win in order to advance.

This could be the reason why the odds at online sportsbooks are set up the way that they are - Basel might be the better team, but after their 3-0 victory in the first leg, they’re completely fine with taking a loss as long as it isn’t a big one, strategically speaking.

A draw, obviously, would also put Basel through to the next round.

Frankfurt, after a ninth place Bundesliga finish, needs an enormous victory in this matchup if they want to keep the dream of European football alive for next season.

This should be a good chance for those who missed betting on soccer to flex their muscles and get back in the game.

The return of the WTA has been a success thus far, and has coincided with several other returning sports to provide a sense of normalcy.

This normalcy applies not just to this column, but to most broadcast sports television - it’s a lot easier to turn on the TV and see high-level sports this week than it was even two weeks ago.

The WTA’s return is a big part of that, and tennis bettors have been waiting for matchups like today’s highlighted one.

Oceane Dodin is currently ranked 116th in the world, according to the WTA, and has an 11-4 record during 2020’s abridged competitive circuit.

Meanwhile, Dayana Yastremska is currently ranked well above Dodin, at 25th in the world. Her record in 2020 is 8-5.

The moneyline puts Dodin as a serious underdog, with bettors gaining the opportunity for nearly 300% profit should she pull off the upset.

Meanwhile, wagering on Yastremska on the moneyline is not prohibitive, but it is a bit of an ask for most bettors.

The spread on this matchup is also pretty interesting. The odds on either side of this spread are -110, so it did its job.

A spread of five games should provide compelling betting opportunities on this match, especially compared to the moneyline.

The PGA Championship kicks off today, and there are some amazing three ball groups that have been set up.

One of them, however, sticks out above the rest as the group that most people will have their eyes on while watching this tournament.

This is a group full of heavy hitters, and it features two of the top three players in the world right now, as well as the most famous golfer on the planet.

Justin Thomas leads the PGA rankings with 432 points through 48 events, giving him an average of nine points. Rory McIlroy follows Thomas pretty closely - he’s in third place on the leaderboards, with an average of 8.4 points.

To draw the line after McIlroy would not necessarily be a mistake - the next closest golfer, Webb Simpson, has a 6.99 average.

The top three of Thomas, McIlroy and Jon Rahm is a very defined top three - nobody else in the PGA is above seven points on average, let alone eight.

Tiger Woods, meanwhile, is Tiger Woods. 15th in the PGA rankings, Woods enters this competition with a 4.58 average.

Numbers aren’t everything, but it does seem as though Thomas and McIlroy are on another level from Woods this year.

Their golf odds reflect this discrepancy, with the three ball moneyline becoming something of a two man race between Thomas at +130 and McIlroy at +160.

In a group with McIlroy and Thomas, it’s very easy to be very good and still not win.