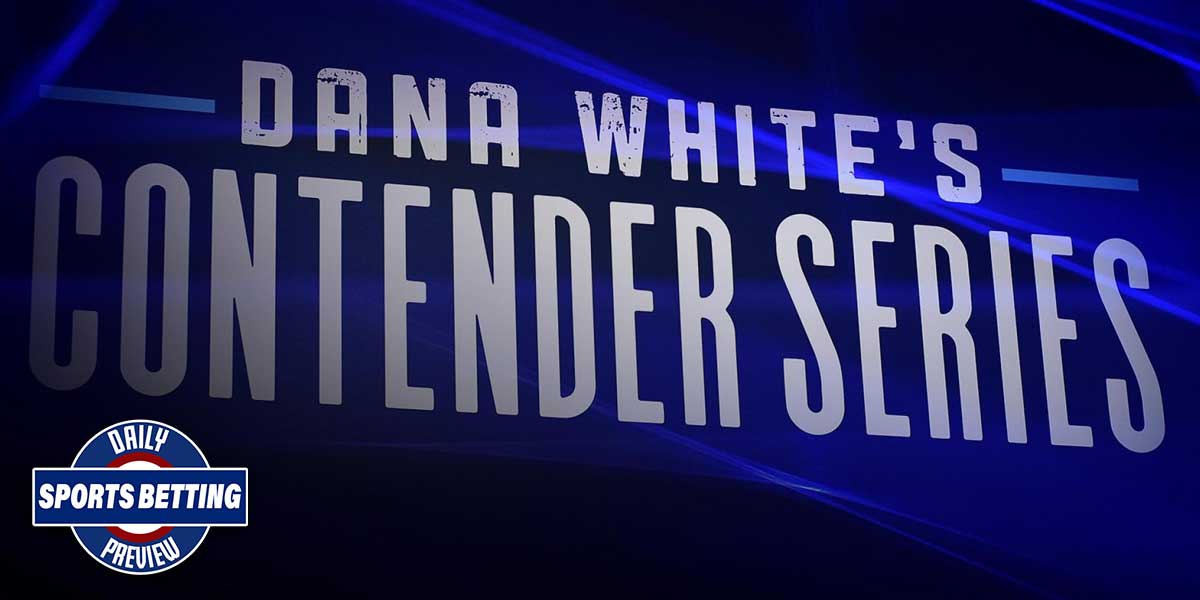 LAS VEGAS - Welcome to the Daily Sports Betting Preview for the first of September, 2020 - hard to believe, isn’t it?

Today’s Preview starts out with an examination of the matchup between the New York Islanders and the Philadelphia Flyers in a potential NHL Playoff elimination game.

Then, the Preview takes a look at Dana White’s Contender Series, which features several fights tonight. Finally, the Preview checks out some tennis betting, courtesy of the women’s side of the US Open.

The New York Islanders are no stranger to being underdogs. They were underdogs entering the series with the Washington Capitals - which they won.

They were underdogs entering this series with the Philadelphia Flyers - in which they currently hold a 3-1 lead.

Now, today, the Islanders are no longer underdogs. It’s well past time to start taking them seriously.

The Islanders are sitting around -120 on the major NHL sportsbooks, and, while this isn’t the first time the Islanders have been favored in an individual game, one might hope it would mark the beginning of them getting a bit more respect.

The Islanders have been playing some of the best defensive hockey on the planet. It doesn’t seem to matter what personnel they put on the ice, they are absolutely shutting people down. They’re 11-3 since the NHL restart, and this run has been nothing short of dominant.

The Flyers are hard to gauge because of this. One might suggest that they are underperforming, but underperformance doesn’t happen in a vacuum.

In a nutshell, the Islanders excel at forcing the other team to underperform, at leaving them no option but underperformance. They’ve proven themselves a tough nut to crack, and, up 3-1, have a chance to end this series before it really even gets underway.

The defensive minded underdogs are finally the favorites - so where does the series go from here?

That is the question that NHL Playoff betting enthusiasts will have to answer if they want to place wagers on this matchup.

Dana White’s Contender Series is functionally a UFC talent search. Many of the participants on the Series so far have come out of it with UFC contracts, and the performances in these fights have been great.

Today, there are several Contender Series matchups that are worth keeping an eye on as far as betting goes.

This fight takes place in the Featherweight division, and features two young fighters, both with 4-1 MMA records, both with zero fights against serious fighters. Buzukja is a mild moneyline favorite, but the odds are close across the sportsbooks.

Nate Smith is a commanding -140 favorite over Jimmy Flick, who clocks in with +110 odds. Flick is a seasoned fighter as far as these fights go, with almost 20 fights under his belt. However, Nate Smith is the favorite regardless.

Jose Johnson is a huge favorite in this matchup against Ronnie Lawrence. In fact, Johnson is the biggest favorite of the night outside of the opening fight between Chase Gibson and Tucker Lutz. This bantamweight bout looks like one of the more exciting MMA betting opportunities out there.

MMA bettors would be wise to pay attention to these fights, not just to boost their bankroll in the short term, but to increase their knowledge of potential up and coming fighters in the UFC long term.

Serena Williams takes the stage for the US Open, facing off against Kristie Ahn, in one of the more interesting matchups of this round.

Williams has reached a point where she is more well-known than she is top quality. She’s ranked eighth in the world, so it’s not like she’s a slouch at this point in her career, but she’s not putting forth the absurd dominance that many associate with her name.

What that means is that the lines on many of her matches are going to be a bit skewed, similar to the lines on Los Angeles Lakers games, or New York Yankees games.

The bookmakers want to get even money on both sides of the bet, and when one of the competitors is much more well known than the other, it can be hard to do that.

This causes lines involving Serena to almost by necessity have some cushion built into them. If her name was not Serena Williams, she probably wouldn’t be favored to this degree, but it is, and she is.

Ahn isn’t an incredibly well-known player - she’s just inside the top 100 in the world.

That said, a spread of 6.5 games is a pretty huge one, and well worth examining, especially with Serena no longer in her prime.

In fact, all of Serena’s matches since the restart have gone to three sets.

Tennis bettors could also look at the moneyline, but despite Williams’ decline, she’s still likely to be better than Ahn straight up.

That said, +650 odds are nothing to scoff at, if one thinks that Ahn has a real shot here.