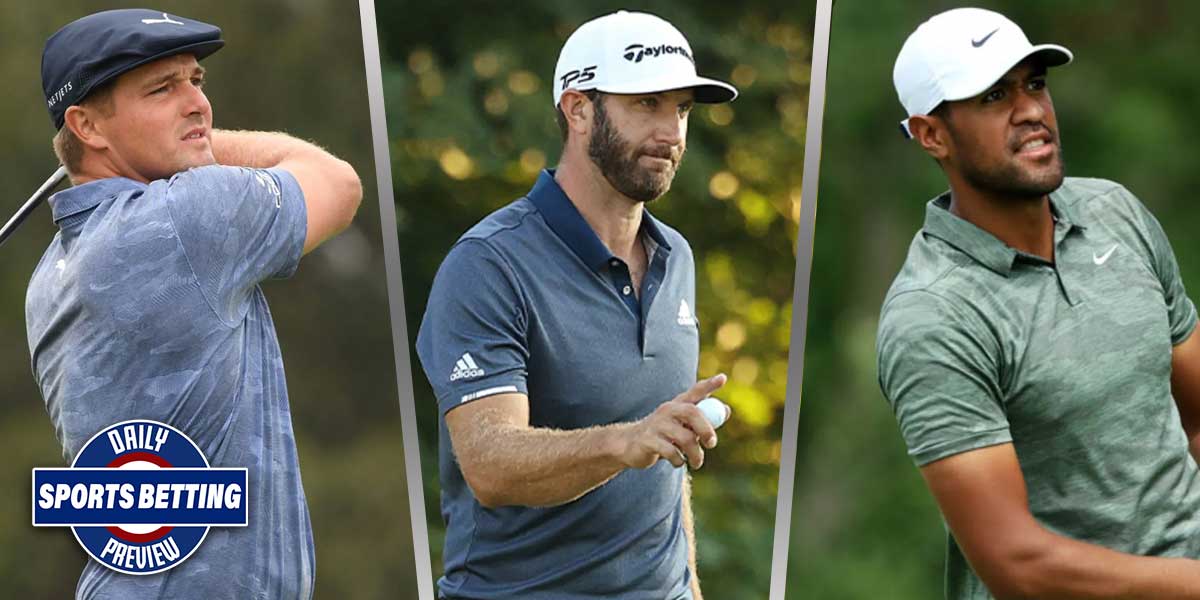 LAS VEGAS - Welcome to today’s Daily Sports Betting Preview, where the focus is on prop betting.

First, Thursday Night Football is back, and the Preview takes a look at the odds for what player will score the most touchdowns.

Then, the first round of the PGA Tour’s US Open kicks off, and there is an excellent three ball betting group to be highlighted.

On Thursday Night Football, the Cleveland Browns are set to face off against the Cincinnati Bengals.

Burrow has a tough task ahead of him on this Thursday, as he and the Bengals face down a Browns team that has a lot of talent. Given that, the odds for touchdown scoring in the matchup are particularly interesting.

Let’s take a look at the odds for individual players in the matchup to score a touchdown.

One thing to note here is that in order for the +450 odds on Baker Mayfield to pay out, Mayfield must take the ball in himself.

These odds do not count passing the ball for a touchdown as a touchdown for the passer, but for the receiver. In other words, these are odds for who specifically scores the touchdown - who has the ball as it crosses the plane.

Nick Chubb leads these odds, despite not seeing a ton of touches in Week 1. The Browns RB is always a threat in the red zone, and thus, has -150 odds to take the ball in.

After Chubb is the other starting RB in the matchup, Joe Mixon, who has +115 odds. These odds reflect that Chubb is a little more proven, and that the Browns appear to be a better team than the Bengals.

Of note here is Kareem Hunt, a third down running back for the Browns who is liable to vulture Chubb’s touchdowns at some point in the game.

These odds are quite interesting, and are well worth the look from NFL bettors for this Ohio-based Thursday Night Football matchup.

The PGA Tour’s US Open kicks off on Thursday, and there is an excellent three ball betting opportunity on the table.

This is, to put it bluntly, a heck of a group. Dustin Johnson is arguably the best golfer in the world right now, and Bryson DeChambeau and Tony Finau are excellent pros.

This might be the only time that DeChambeau and Finau will have odds like this in a three ball matchup.

In terms of comparing the three players, one could start with their respective odds to win the whole tournament.

Johnson leads the field, clocking in with +800 odds to win the entire tournament, as befits the best golfer in the world. Bryson DeChambeau sits at +2800, which is not as bad as it sounds - Johnson is the only golfer under +1000.

Tony Finau has the lowest odds to win the tournament, at +3300, but he’s a consistently quality golfer who could surprise in this matchup.

More than anything else, these odds are a referendum on Dustin Johnson’s dominance.

That is an astounding run to have in a little over 40 days.

It’s a rare feat to accomplish in general, but Johnson’s sustained dominance has vaulted him into a world of his own when it comes to golf odds. It seems almost foolish to bet against Johnson in contexts like these - almost as if the best bet in this three ball wager is his +110 odds.

Finau and DeChambeau are no slouches, and they have very generous odds. Golf bettors have an interesting decision in front of them with this wager.

The odds boards look a little different from the leaderboards in terms of the order of competitors, but the names at the top seem to be the same.

When one peruses the Truck Series leaderboards, it becomes clear that there are 10 serious competitors in the series.

10 individuals have more than 2000 points, and after that, the next highest point scorer has under 500.

All of those competitors are represented at the top of the odds board, in one form or another.

Brett Moffitt leads the way with +325 odds. Moffitt has 7 Top 5’s and 11 Top 10’s this season, and starts in the second position on the grid.

Sheldon Creed and Zane Smith are next, at +425 odds. Smith has two wins so far, while Creed has three.

Enfinger, who has the same number of points as Creed but leads the series on tiebreakers, is only 15 points ahead of 10th place Todd Gilliland.

Basically, there’s a glut of talent at the top end of the Truck Series, and it is very well represented in these odds. NASCAR bettors are lucky to have such an interesting betting opportunity with this race.