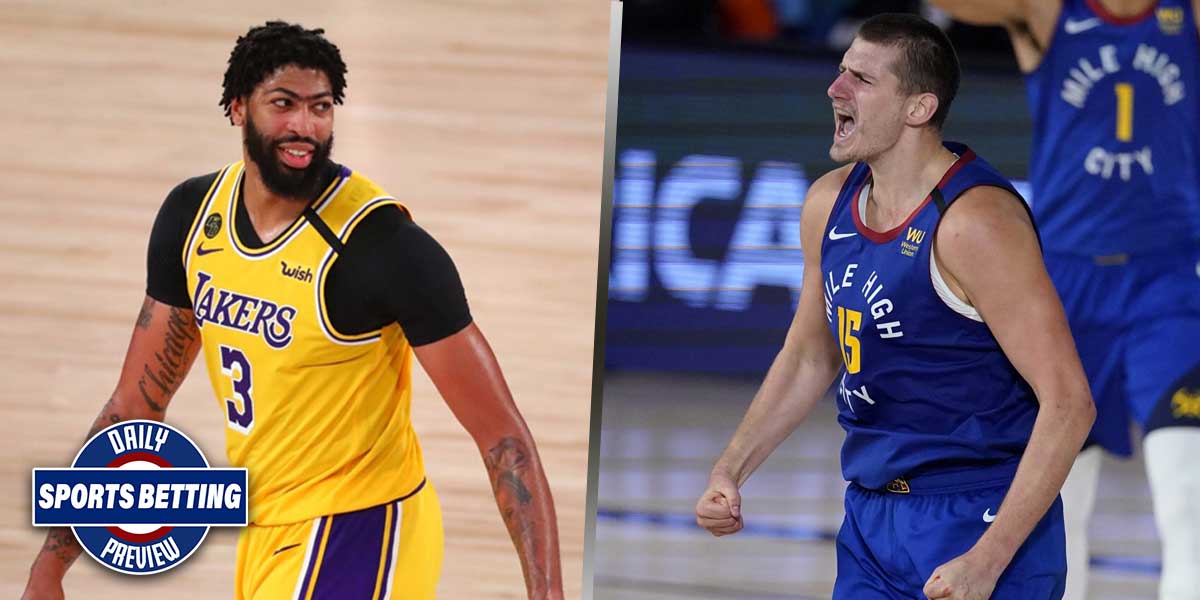 LAS VEGAS - Today’s edition of the Daily Sports Betting Preview is an excellent one.

This Preview starts off with an examination of the odds on the matchup between the Los Angeles Lakers and the Denver Nuggets. Then, the Preview takes a look at MLB, where the Minnesota Twins are set to face off against the Chicago Cubs.

Finally, the Preview turns to MLS, where the Seattle Sounders battle LAFC. There’s a lot to cover, so let’s get started!

The Western Conference Finals are here, and they bring excellent sports betting opportunities to the table.

The Denver Nuggets defeated the Los Angeles Clippers in seven games, and that loss sent shockwaves through the betting odds. The Clippers were favored to win the NBA Championship only a week ago, and losing a 3-1 lead to the Nuggets knocked out a serious contender.

The Los Angeles Lakers are now legitimate, odds on favorites to win the NBA title this year, with the Eastern Conference generally regarded as weaker than the West.

The odds on the Lakers have actually gotten shorter as game time approached, while the odds on the Nuggets have gotten longer. However, the Nuggets/Clippers series taught everyone one important lesson: never count the Denver Nuggets out.

Given that, the betting lines for Game 1 seem interesting.

The Lakers have been playing like the best team in the NBA in their previous playoff series’, defeating both the Portland Trail Blazers and the Houston Rockets with little trouble. They’re facing a Nuggets team that won’t quit, however, which makes these odds very interesting for NBA bettors.

The Chicago Cubs are set to face off against the Minnesota Twins in a showdown that could determine the course of these two teams.

The Cubs are 30-20, while the Twins are 31-20. Both teams are among the best in baseball, and both are likely playoff contenders. The Cubs' record is good for the lead in the NL Central, but the Twins are a couple games back of the Chicago White Sox in the AL Central.

The Twins are still within striking distance, however, and with the expanded playoffs, are very likely to make an appearance.

That said, the MLB sportsbooks don’t seem to think the Twins have much of a shot to make up their deficit to the Sox in time.

As far as the game today, the Cubs enter it on a four-game winning streak. They’ll be sending Kyle Hendricks to the mound, while the Twins send out Rich Hill.

The Cubs are mild favorites on the moneyline, which could reflect the Twins questionable play on the road. The Twins have a total of 20 losses on the season, and 80% of those losses (16!) come when they play away from home.

They actually have a losing record on the road, at 10-16.

This propensity to pick up losses on the road could hurt the Twins in this game, and consequently in their attempt to chase the White Sox.

The Seattle Sounders currently sit in second place in the MLS’ Western Conference, while LAFC, their opponents today, are fifth. The Sounders are 5-3-2 entering this matchup, while LAFC have a record of 4-3-4.

Despite the fact that LAFC are fifth place in the Western Conference, they have actually not won two games in a row in MLS league play yet.

Meanwhile, the Sounders are chasing the top of the table, which is currently occupied by Sporting KC, who have a record of 6-2-3.

This matchup is not one that merits a favorite. LAFC and the Sounders are teams of roughly similar quality, and they’ve split the season series so far. Seattle took the win most recently, while LAFC won during the MLS Is Back tournament.

Talk about an interesting line. If an MLS bettor is willing to accept a push on a draw, they could effectively use this spread of +0 in order to play it safe compared to picking a specific outcome on the moneyline.It’s clear that the two teams are evenly matched, but the sportsbooks seem to think that Seattle has a very slight edge. This generally makes sense given the fact that they won the last matchup between the two teams, and their higher placement in the standings. That said, this should be a very interesting matchup on the MLS oddsboard, especially with the added wrinkle of the +0 spread.