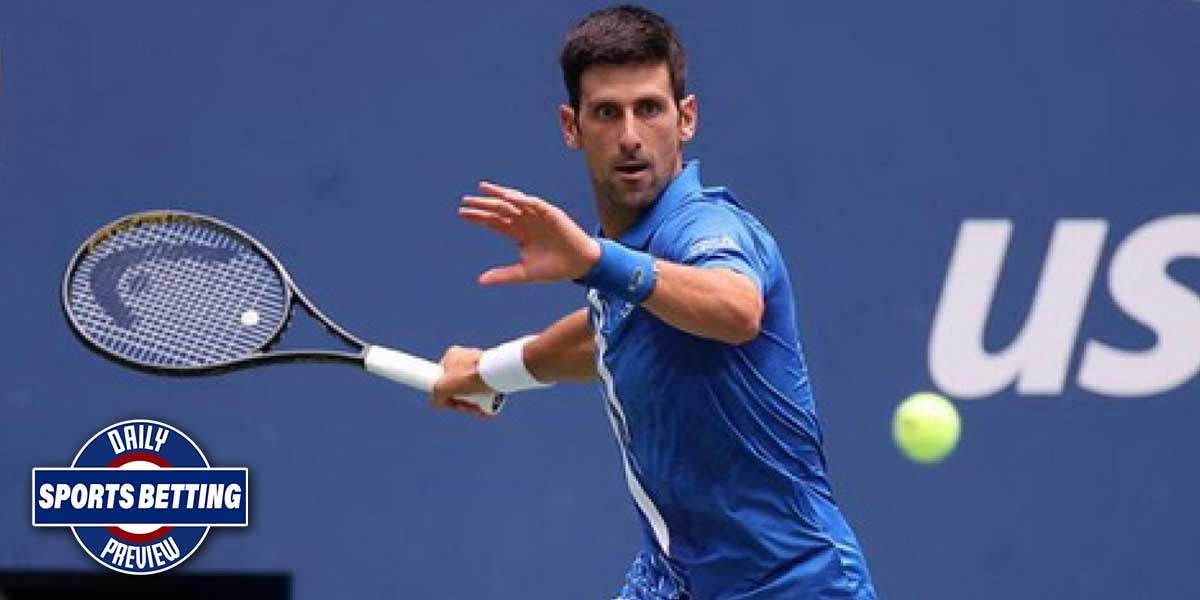 First, the Preview checks out some MLB odds as the Houston Astros take on the Los Angeles Angels.

Then, the US Open continues today as Novak Djokovic takes on Jan-Lennard Struff.

Finally, the NBA playoffs bring the Milwaukee Bucks and the Miami Heat together for what could be a playoff-defining clash.

The Houston Astros entered the year as a relatively distant third place in terms of odds to win the World Series.

They weren’t at the top of the odds boards with the Yankees and the Dodgers, but they were regarded as a serious contender. They still are regarded as such, but more teams have reached their level on the odds, and they’ve found themselves giving way a bit.

The Astros are currently owners of the ninth-best odds in MLB to win the World Series this year, behind plenty of teams.

This is partially due to injuries - they’ve been without the services of Justin Verlander, and Zach Grienke has had some absences as well.

This is also partially due to the departure of ace Gerrit Cole to the New York Yankees, which removed a lot of what made the Astros truly elite - consistently amazing pitching.

Finally, it would be impossible to discuss the Astros without mentioning the cheating scandal that rocked MLB, and the possible effects that it could have on the Astros position players.

Today, however, they’re sending out Lance McCullers to face off against Dylan Bundy of the Los Angeles Angels.

The Astros are mild favorites over an Angles team that has just not gotten it together for a run this season.

On the Run Line, which spots the underdog +1.5 runs, the game looks pretty interesting.

The Astros -1.5 have +135 odds to win, while the Angels +1.5 have -155 odds to win. The run line could be an interesting way for MLB bettors to engage with this matchup, as the moneyline is so close.

The US Open marches on, and so does Novak Djokovic. The world’s number one tennis player entered the tournament favored against the field and remains so.

Djokovic has -150 odds to win the entire tournament, while the next closest competitor has +550 odds.

This reflects the fact that Djokovic is the only one of his truly elite compatriots (Roger Federer and Rafael Nadal) to be playing in this tournament.

Today, he faces off against Jan-Lennard Struff, and unsurprisingly, is massively favored.

Struff, who is a veteran of the tennis scene at 30 years old, is currently ranked as the 29th best player in the world.

Despite this, Djokovic is favored heavily, with -4000 odds on the moneyline, which makes the spread a potentially attractive wager for tennis bettors.

Savvy bettors might note that even with a spread of -8.5, there is some shading towards Djokovic’s end of that spread.

This looks like it could be a compelling matchup, and worst-case scenario, watching Djokovic work his magic while wagering on the spread is a viable option for tennis bettors.

The Milwaukee Bucks are in trouble. They entered this series with the Miami Heat as serious favorites, and are now down 0-2.

There are a couple major questions that the Bucks have to answer.

One major one is whether or not they will adjust their strategy very much. Coach Mike Budenholzer is famously devoted to his systems, and that sometimes works against him in the playoffs (see: the 60 win Atlanta Hawks team that got swept by the Cleveland Lebrons).

The Bucks defense is predicated on immense amounts of rim protection, and giving up the three-point shot sometimes in order to keep the rim protected.

This makes sense - it’s a system built around Giannis Antetokounmpo, perhaps the best rim protector in the league. However, in the NBA Bubble, this system has shown some flaws as shooters have been shooting the ball better than normal.

The second main question that the Bucks have to answer is whether or not a team built around one superstar is enough in the modern NBA.

The Bucks put up superteam numbers (they had the highest Net Rating in the league by a factor of about 1.5) in the regular season, but have fairly consistently struggled in the playoffs despite that.

The odds for tonight’s game still favor them, and probably should, but they are in trouble and they need to adjust.

This might be a bit unexpected for people who have been watching the series and watching the Heat dominate it.

The thing is, the numbers do favor the Bucks. The big question is whether those numbers are applicable.

That’s a big question for NBA bettors to answer, and could perhaps be the pivot point in this series.