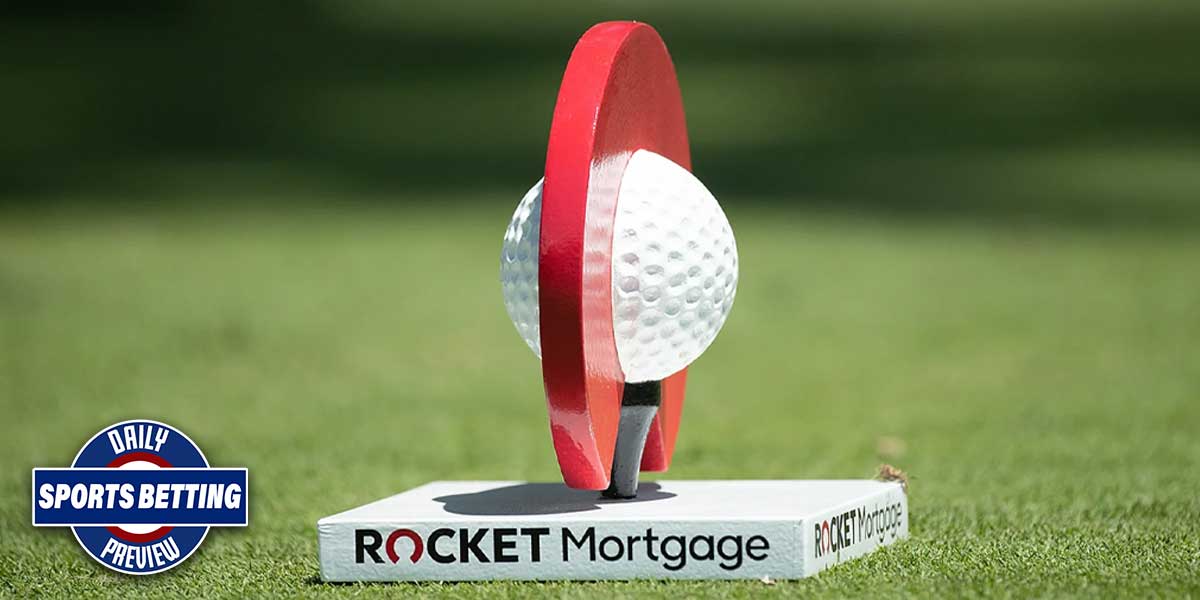 First, in the Premier League, Manchester City takes on Liverpool. Even though the title race is wrapped up in Liverpool’s favor, the match should be a great one.

Then, in the world of boxing, Jose Pedraza is set to face off against Mikkel LesPierre in an excellent bout.

Finally, the Preview takes a look at some of the 3 ball pairings betting available in the PGA Tour’s Rocket Mortgage Classic, which starts today.

More than 20 points behind on the table, City lost their chance at the title for good after a defeat to Chelsea a few days ago.

In this match, they play for pride against the champions of England, Liverpool.

City is, by all accounts, one of the most dominant teams of the last few years. Liverpool’s absurd season kept them from the title this year, but they could set the tone for the next few years with a win here.

The odds on this match are remarkable given how absolutely dominant Liverpool have been thus far.

Liverpool are -108 favorites, while Manchester City are genuinely notable underdogs with +265 odds.

The spread effectively turns the match into a pick ‘em, which is a compelling way for this spread to work.

The Over/Under line on the match is three goals with under 3 goals having -116 odds and over three goals has -104 odds. This likely reflects some money going towards the Under on the major online sportsbooks.

While this match does not have title implications, it does feature the two best teams in England going at it, and it could be construed as a battle for the future.

Manchester City have lost the war - but they could win this battle.

Tonight’s Top Rank card on ESPN features a battle between two fighters who need a signature win on their resumes.

Jose Pedraza is 26-3 in his career, and has held multiple championships, but seems a bit lost right now.

The last time he fought, he changed weight classes, and struggled, losing to Jose Zepeda to pick up his third career loss.

Tonight’s fight is going to be his second consecutively at junior welterweight, and Pedraza will be looking to avenge his previous defeat and prove he belongs in the division.

Mikkel LesPierre, meanwhile, is coming off of a win against Roody Pierre Paul, which immediately followed his tough loss to Maurice Hooker last March.

LesPierre has a chance to show he belongs in a higher tier of competition with this fight - he did not look great against Hooker.

The odds for specific outcomes do not look great for LesPierre, however.

Method of Victory - Pedraza vs. LesPierre

A Pedraza decision victory appears to be the most likely of all outcomes, with -250 odds. This means that it is actually the odds on favorite, not just the numerical one.

A Pedraza KO/TKO victory is next, at +250 odds, followed by a LesPierre victory by either Decision or KO - both of them have +1200 odds.

This might not be LesPierre’s night according to the odds, but that’s why they fight it out in the ring, and not on the boxing betting odds boards.

There are a lot of great ways to place wagers on PGA events, and one of the best is trios wagering.

Basically, when golfers are paired up to play the course together, golf bettors can wager on who will win the group, so to speak.

Whoever has the lowest score of the three paired golfers for whatever specified time frame will be the winner of the trios bet.

Let’s take a look at a trio of some of the best players in the tournament, who have odds at some of the major online sportsbooks for who will win their round 1 pairing.

Bryson DeChambeau looks to be the favorite in this trios bet, with +130 odds, while both Patrick Reed and Hideki Matsuyama bring up the rear.

Reed slightly edges out Matsuyama, with +200 odds to Matsuyama’s +210 odds.

At the bottom of the odds boards in this trio is Brendon Todd, who has +195 odds to win this group.

Overall, trios betting is a great way to get into golf betting, and a much more consistent style of betting compared to simply picking tournament winners.