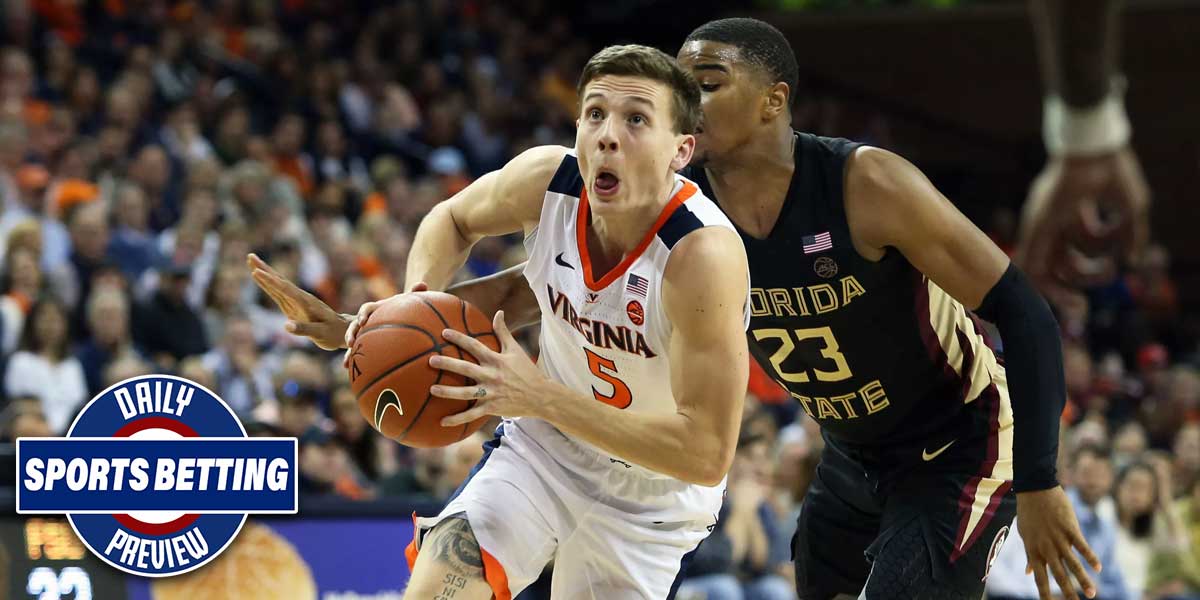 CHARLOTTESVILLE, Va. - Sports bettors across the world would be wise to keep an eye on many disparate types of sporting events. For Tuesday's daily sports betting preview, the focus will be on Florida State’s basketball game against Virginia as well as the German Table Tennis Open.

The reigning national champions host Florida State in a bid to gain a big win that they desperately need. Virginia is unranked at 13-6, and needs this win in a big way. No player on Virginia is scoring more than 14 points per game, and they are in need not just of wins, but of a sustainable framework for continuing to win.

Virginia entered the year with +2000 odds to win the NCAA championship.

Florida State, meanwhile, has been surprisingly good this year. The current fifth-ranked team in the nation enters John Paul Jones Arena with a 17-2 record. Both of their losses have come on the road – FSU has not lost at home this season.

The records of these two teams against the spread tell the story of their seasons, in a way. Virginia is a woeful 6-13 against the spread, which demonstrates their underperformance this season coming off of a national championship.

Florida State is 9-10 against the spread – they are a good team, but their excellent play at home is a known quantity and they’ve only had six games on the road, so oddsmakers are easily able to assess their capabilities. Bettors in Florida should be aware of this.

Florida State enters as a one-point road underdog against the defending champions, but it’s worth noting that the lines on this game vary pretty significantly.

There are an incredible amount of games being played on Jan. 28, and while there is only one that USAOnlineSportsbooks covers, sports bettors would be wise to research many of them.

This is one of the more even matchups of the day, according to oddsmakers. Joao Geraldo is a former team gold medalist at the 2014 European Table Tennis Championships and is currently ranked 121st in the ITTF rankings, with a rating of 3100. His opponent, Ricardo Walther, boasts a 3995 rating, good for 78th in the ITTF rankings.

Walther is a favorite, coming into the match at -245, compared to Geraldo’s +170. Their respective ratings seem to justify Walther as a favorite, although both men fall into the same general rating group. Sports bettors would be wise to keep an eye on this event as it develops.