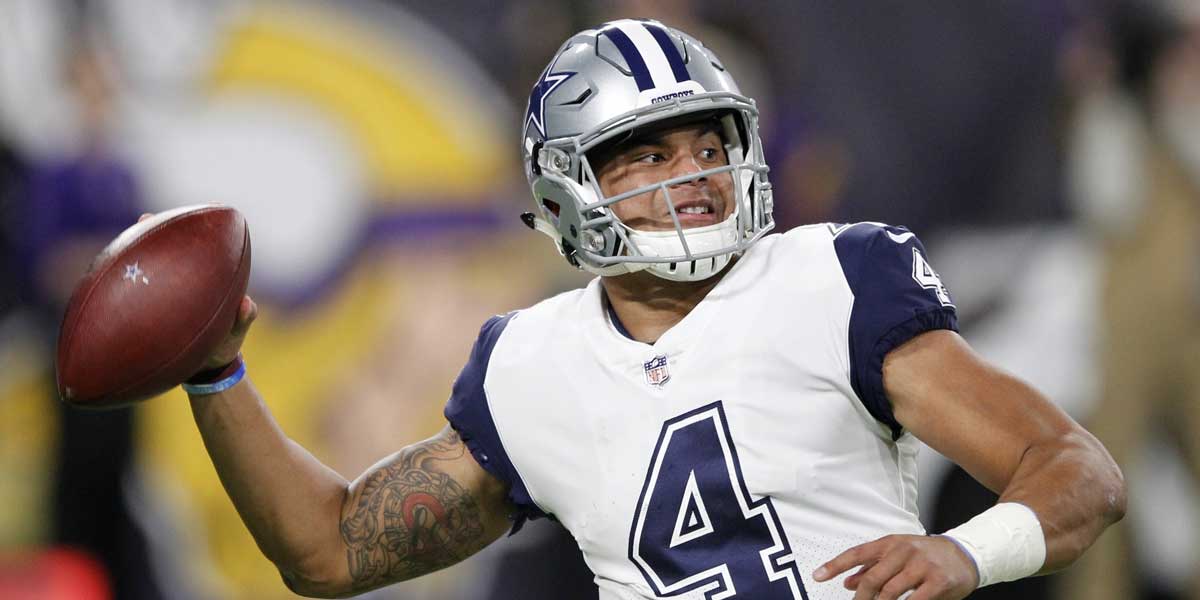 DALLAS – Dallas Cowboys quarterback Dak Prescott came into this season knowing that he would have to elevate his play if he wanted to be among the highest-paid players at his position. Prescott is playing in the final year of his rookie deal and is expecting a huge payday at the end of this season. With Jared Goff and Carson Wentz both signing major deals with their teams before this season, that only leaves Prescott as the only quarterback from the 2016 draft class without a long-term deal.

Prescott could’ve signed a deal before the season but he opted to bet on himself and show that he’s worth more money than the first offer he received. This gamble is something that may really pay off for Prescott because he’s having the best season of his young career. Prescott's improvement has caused a major shift for the Cowboys because instead of using running back Ezekiel Elliot as the engine for the offense, Dallas can now rely on Prescott to beat opposing defenses with his arm.

Despite the Cowboys 6-4 record and holding onto first place in the NFC East, they’ve been inconsistent this season. They’ve beaten the teams they are supposed to beat but have yet to record a victory against a team with a winning record. This has led to some doubts about the Cowboys being legitimate playoff contenders and whether Prescott is worthy of a big payday.

Prescott has already proved this season that he’s worthy of a long-term extension, but his play is also showing that he’s worthy of being in the MVP discussion too. He’s thrown for 3,221 yards, 21 touchdowns, and nine interceptions while leading the NFL with 8.8 yards per pass attempt. He’s been decisive with his legs adding in three rushing touchdowns and 193 rushing yards.

The only stain on Prescott’s MVP resume is the Cowboys 6-4 team record. Among those four losses, the loss to the New York Jets is inexcusable but doesn’t keep Prescott from being in the MVP conversation.

Prescott’s MVP odds at US sports betting sites were at +3300 heading into Week 11. After his 444 yards and three touchdown performance against the Detroit Lions, the odds have shortened to +1000.

With matchups against the New England Patriots, Chicago Bears, Buffalo Bills, Los Angeles Rams, and Philadelphia Eagles remaining on the Cowboys schedule, there are plenty of opportunities for Prescott to strengthen his MVP resume against some of the top teams in the NFL. The +1000 odds could provide a nice return at the end of the season, especially if the Cowboys win the rest of their games.

The Cowboys are in the mix for a playoff berth and will need Prescott playing great if they’re going to make the playoffs in consecutive years. If Prescott continues to play at an elite level, not only will he be one of the highest-paid quarterbacks in the NFL, he’ll also have silenced a lot of critics that have said he would never be an elite passer too.

Prescott may not win the MVP award this year because of the phenomenal seasons betting favorite Russell Wilson (+140) and Ravens quarterback Lamar Jackson are having. However, one thing is for certain that Prescott deserves to be in the discussion for the NFL MVP award.