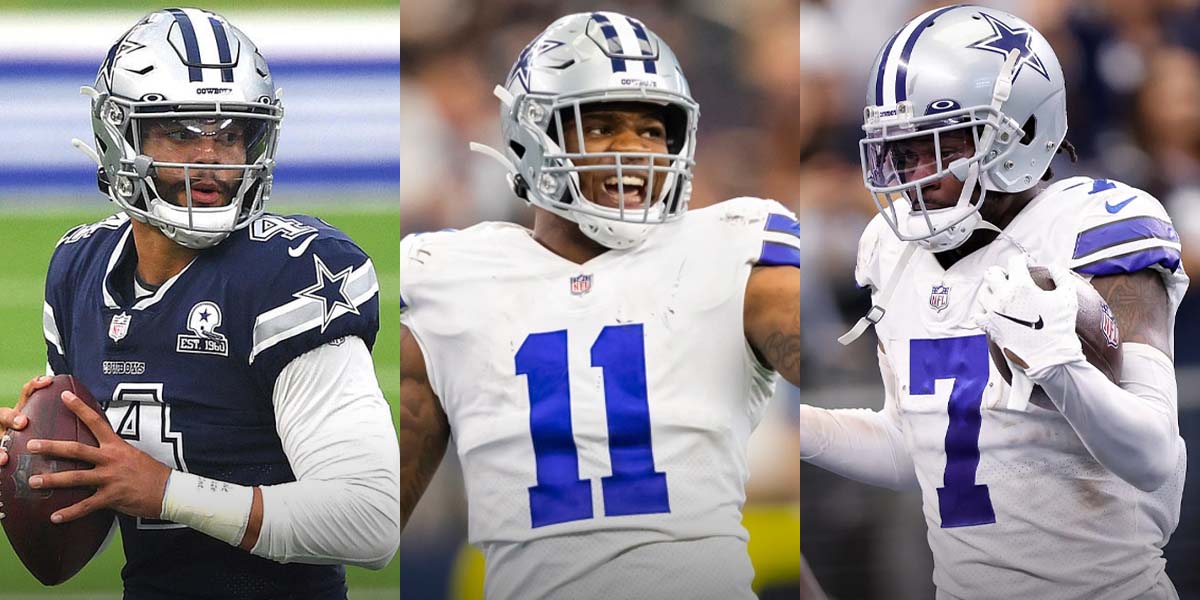 DALLAS – The Dallas Cowboys are heavily represented in the NFL player awards with guys like Dak Prescott, Micah Parsons, and Trevon Diggs all in contention to win an award.

Dak Prescott was the fourth choice on the board a week ago at +700 but has since jumped Tom Brady and has seen his odds shorten in doing so. Sports betting sites now have Prescott as the third choice to win MVP.

Prescott is currently fifth in the NFL in passing yards, tied for third in passing touchdowns, and has the 16th-best QBR. That being said, he is the quarterback for “America’s Team” and narratives have always played a part in award voting. His numbers don’t truly represent MVP status at the moment, but given his situation, his odds will likely not get much longer if he continues to play well.

Micah Parsons has already proven to be one of the most versatile defensive players in the rookie class to the point where people believe he could be an impact player at multiple positions. Given his efficiency, it shouldn’t be too surprising to find Parsons as the favorite on NFL betting sites.

NFL Defensive Rookie of the Year

Jeremiah Owusu-Koramoah has just been placed on IR and since he’s Parsons’ biggest threat, at least according to the odds, Parsons should be able to extend his lead even further in the coming weeks.

Trevon Diggs has had an interception in every game this season and has now had seven interceptions through six weeks of play. Some are calling it the best start to a season from a defensive player, but sportsbooks still haven’t made Diggs the favorite for Defensive Player of the Year.

NFL Defensive Player of the Year