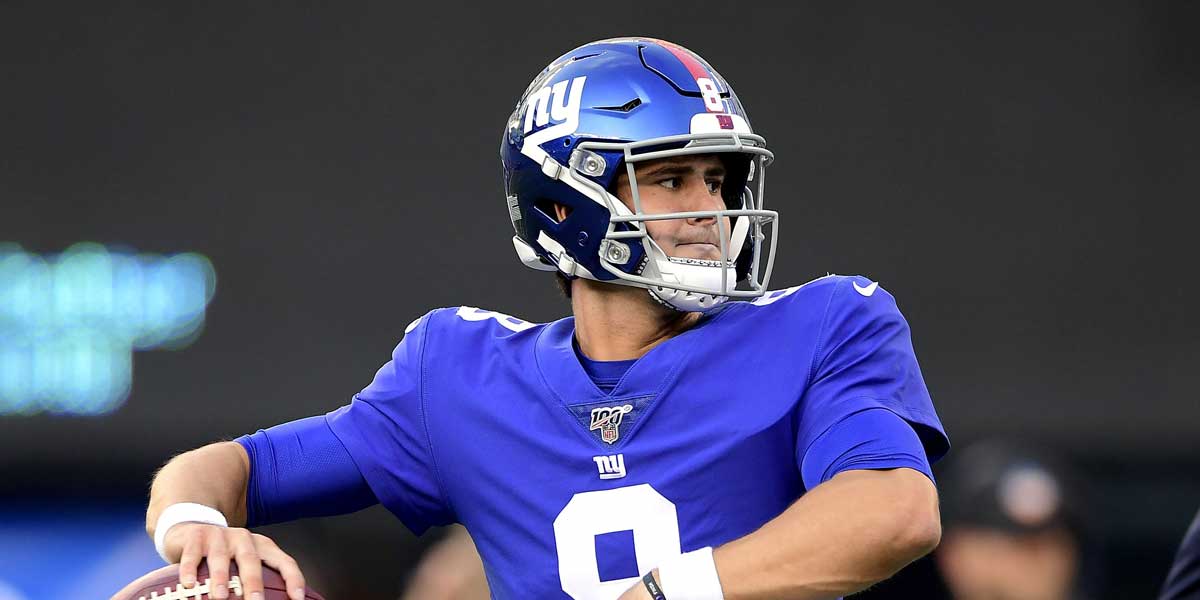 NEW YORK - The New York Giants started 22-year-old rookie quarterback Daniel Jones on Sunday, giving them their first victory of the season against the Tampa Bay Buccaneers. Having their season start at 0-2, the Giants decided to bench veteran Eli Manning for Jones. A first-round draft pick in 2019, he played four years at Duke University. His college career consisted of 36 games, graduating with a personal record of 52 touchdowns.

Sunday afternoon was the first game of the young quarterback’s professional career. USAOnlineSportsbooks.com thought he proved himself to have raw talent on the field. Not only did Jones have 336 passing yards, but he also threw for two touchdowns and he ran for two more. For any fan that was a skeptic prior to the game, they now believe in what this athlete can do.

At the half, the Giants were down 28-10. They lost their star running back Saquon Barkley in the second quarter with what is being said to be a high ankle sprain. A scheduled MRI will tell give the team an idea of how long their star running back will be out. Barkley could be seen on the sidelines during the game wearing a soft boot on his injured leg.

Despite the loss, Jones threw a 75-yard pass to tight end Evan Engram at the beginning of the second half making the score 28-18. From there, the defense was able to hold off the Bucs from scoring further before getting the ball back and allowing Jones to throw it down the field for another touchdown making the score 28-25, Tampa.

With more than a quarter left in the game, the defense for both teams showed up and whittled the clock down to six minutes before any more action occurred. Tampa was able to make a field goal, making the score 31-25. With the ball in Jones's possession, he ran it seven yards into the endzone himself for a touchdown. And just like that, the Giants took the lead with a score of 32-31.

In the final minutes, the Bucs tried for a field goal, sending in their placekicker Matt Gay to make the 34-yard kick. He ended up missing wide-right and sealed the deal on New York’s first win, 32-31. Jones will play in his second game on Sunday against the Washington Redskins at 1 p.m. EST at MetLife Stadium. The game will be aired on the FOX network.