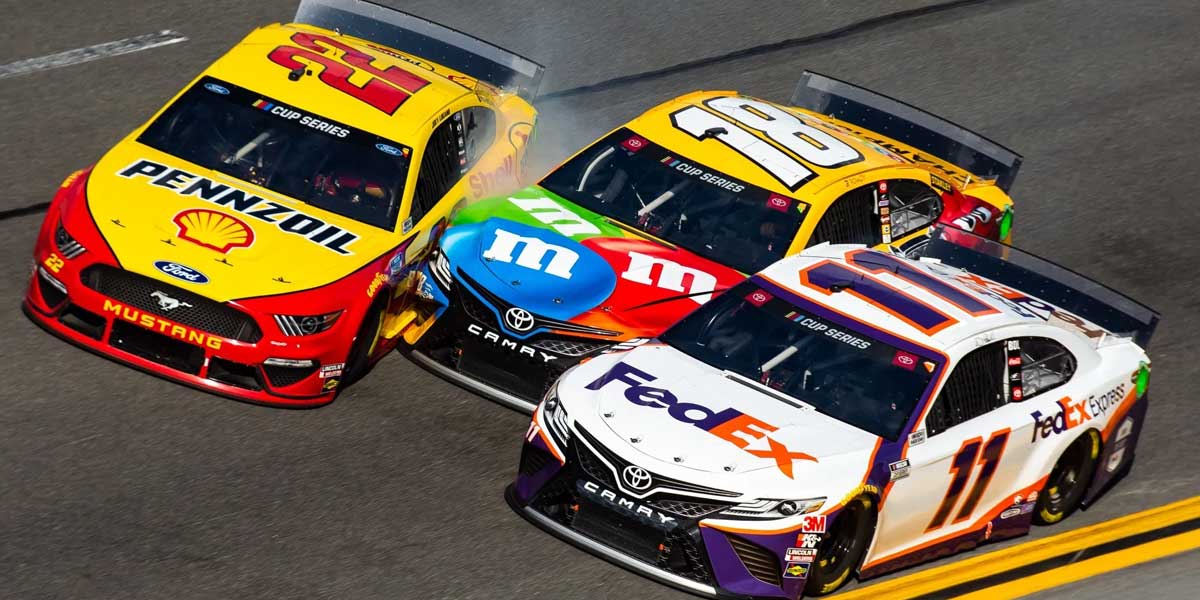 DAYTONA BEACH, Fla. – The 2020 Daytona 500 betting odds are in, which can only mean that the 2020 NASCAR season is set to begin this Sunday.

As many drivers look to get an early lead in the NASCAR Cup Series Standings, Kyle Busch will look to defend his 2019 Cup Series championship.

In anticipation of the biggest race of the season, sportsbooks have released odds on who will win the Daytona 500.

Last year’s Daytona 500 champion Denny Hamlin is one of the current favorites with +950 odds to be the first driver to win the race back to back since Sterling Marlin did it in 1994-1995.

A win on Sunday would also give Hamlin his third career victory in the 500.

The only driver with shorter Daytona 500 betting odds is Kyle Busch (+900) who came in second place in the sports biggest race last year. His odds range throughout online sports betting sites, so it would be best to shop lines.

After Hamlin, the drivers with the next shortest odds are a duo of drivers that have yet to win a Daytona 500 in their career with Brad Keselowski, Joey Logano, both listed at +1100 odds. Martin Truex Jr is the last driver that rounds out the top five with +1200 odds.

With only one driver in the top five with a victory in the Daytona 500 in their career, there are some long-shot candidates to consider putting your money on.

Jimmie Johnson is a NASCAR legend and has won the Daytona 500 two times in his career. He announced that he will be retiring at the end of this season.

His upcoming retirement doesn’t mean the 48 car will be coasting into the sunset. Johnson has won the Cup Series seven times and can’t be counted out to set the tone for his farewell tour this year.

Expect for him to make a push towards the front of the pack and maybe even led some laps in a race where he’s found previous success. The +2500 odds on Johnson will be hard to ignore especially and one could argue he's worth the dice roll in this race.

Kurt Busch is another long-time driver that has yet to win the Daytona 500.

If rolling the dice on these odds keep in mind that Busch finished 25th in the race last year.

Ricky Stenhouse Jr captured the pole position at the Daytona 500 which gives him a slight edge, to begin with. What Stenhouse does with that starting position will be crucial since last year he started fifth and ended up finishing 13th.

Stenhouse has had some pretty good runs at Daytona International Speedway but has yet to come away with a victory.

He has the best odds of any long shot to win and having the pole position makes acting on his +2800 odds even more paramount. Sports bettors would be in for a high sportsbook payout if his odds hit.

The Daytona 500 will take place at Daytona International Speedway on Sunday, February 16 at 3 p.m. ET and will be broadcasted by FOX Sports.