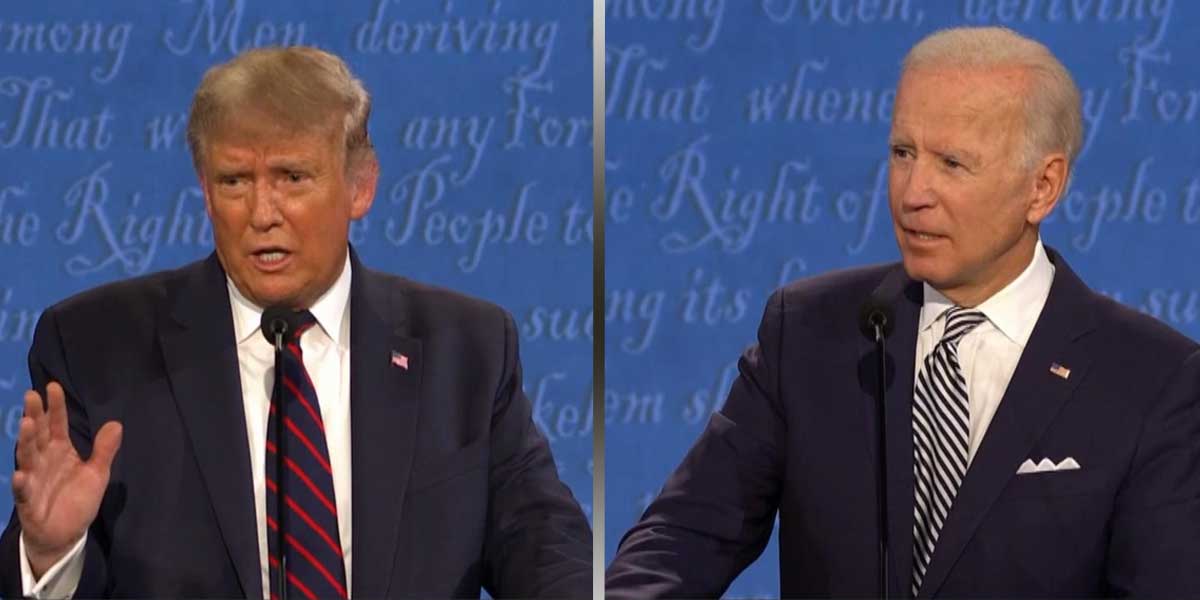 LAS VEGAS - The first presidential debate of the 2020 election cycle wrapped up on Tuesday, and the general reaction was negative.

President Trump entered the debate on the offensive, aggressively attacking former Vice President Joe Biden on a number of issues, with his characteristic disregard for factual statements.

Biden, for his part, seemed to be attempting to offer a relatively even-keeled performance, but mostly failed to do so as he was sucked into the vacuum that is debating Donald Trump, slipping up and misspeaking multiple times during the chaotic debate.

Bluntly, Trump did the thing he normally does, and Biden seemed pretty unprepared to handle it, despite the entire world knowing in the back of their mind that Trump would do this.

An uneven night for both candidates saw the overwhelming reaction among the public be that the whole thing was awful.

"How did the debate make you feel?"

It’s hard to argue with the public sentiment.

Highlights of the night included:

President Trump telling white supremacist groups to “stand back and stand by”, instead of condemning them when asked to do so.

Vice President Biden mixing up his own energy plan and the Green New Deal, and accidentally defending the thing he is against, then immediately walking it back.

That said, simply not losing his mind seemed to get Biden above water. A CNN poll had 60% of viewers saying that Biden won the debate, while 28% said that Trump did.

Polling suggested a mild Biden “win” in the debate, if anything about that experience can be called a win.

Moreover, in the larger structure of the race, Trump remains behind in terms of polling, which means that every day that passes makes Biden’s lead more concrete.

So, what has this meant for the betting odds? Let’s take a look at the online sportsbooks and their viewpoints.

Before the debate, Biden was a -130 favorite, while Trump had even odds.

After the debate, the lines shifted, making Biden a bit more favored at -140, and Trump more of an underdog at +120.

The basic logic behind the Biden jump seems to be a combination of the mild Biden “victory” and the fact that Trump needed to swing the course of the race, and did not do so.

However, there are a couple things worth keeping in mind here.

First, in 2016, polling suggested that Hillary Clinton won all the debates, and her lead actually increased after all of them. We all know what happened to her.

Second, while Trump did not achieve a game-changing moment in the race, he still has time to do so, as there are two more presidential debates remaining.

So, for Trump bettors, this could be the right time to move in on his odds, assuming one has faith that he will win eventually.

Overall, it’s the third quarter, and Trump is trailing, so when he wastes a possession, the odds swing against him.

If there’s one thing everyone can agree on, it’s that this debate was absolutely a waste.