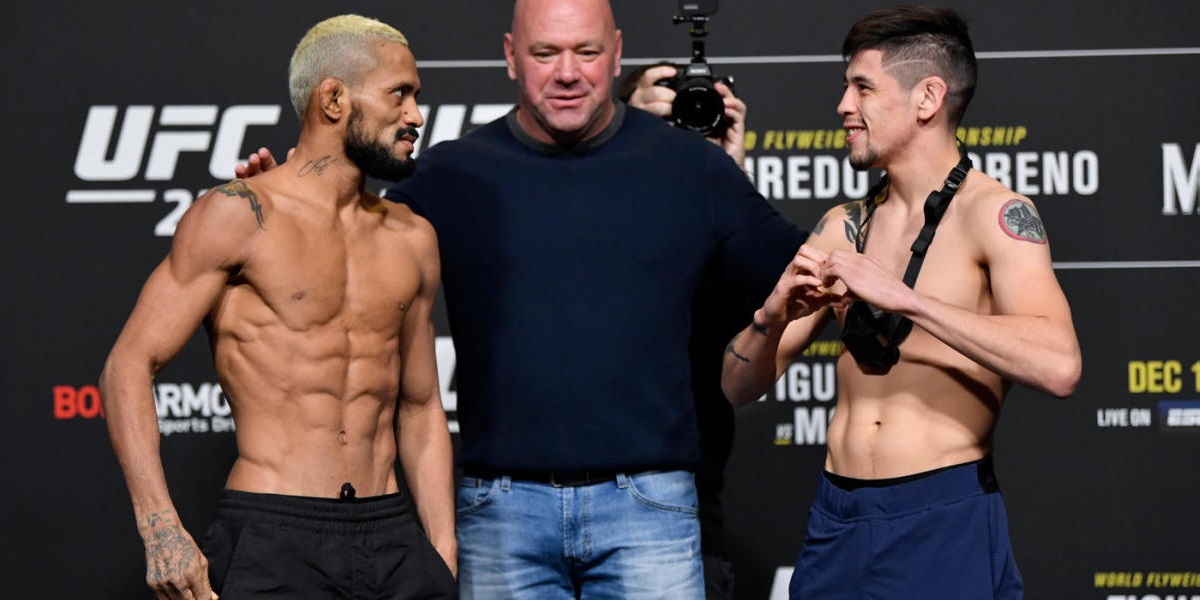 LAS VEGAS - Deiveson Figueiredo is set to defend the UFC’s Flyweight Championship against number one contender Brandon Moreno at UFC 256.

This contest will serve as the main event of the evening, which of course means it will go five rounds instead of the normal three.

Figueiredo is ranked as the 10th best pound for pound fighter in the UFC, or ninth if Khabib Nurmagomedov, currently retired, is not counted.

This matchup should be fairly compelling, although Figueiredo is favored at UFC betting sites with good reason.

This column will go over the matchup and then take a look at line shopping on the end result.

Deiveson Figueiredo has rocketed up the UFC’s ranks this year, and is currently the flyweight champion. He fought only a few weeks ago in his inaugural title defense, defeating Alex Perez at UFC 255 on November 21.

Figueiredo boasts a nearly spotless MMA record, at 20-1 lifetime, and seems to be the clear favorite in this matchup.

Brandon Moreno is the number one contender in the division, with an 18-5 lifetime record and is riding a three-fight win streak. His last fights have been fairly dominant. He defeated Kai Kara-France and Jussier Formiga by unanimous decision, and KO’d Brandon Royval in round one.

Moreno is a success story - he was cut from the UFC in 2018, and fought his way back to claim a title shot. However, he’s not seen as very likely to take the title from the electric Figueiredo.

Bovada has Figueiredo as a -325 favorite on the moneyline, but there are plenty of other sportsbooks to find wagers on. Let’s take a look at Bovada’s odds compared to BetOnline and MyBookie.

These odds comparisons are both interesting and enlightening. BetOnline has the best odds on both fighters, straight up.

Figueredo bettors get 15 points off of their moneyline by choosing BetOnline over Bovada, while Moreno bettors get 10 extra points by doing the same.

Most online sportsbooks expect the fight to finish inside the distance, but bettors can get even more specific with wagers along those lines.

This is an example of when line shopping yields exactly the same results. These wagers are phrased differently, but amount to the same thing.

Indeed, they even have the same odds, despite being from separate sportsbooks and being worded differently.

Two rounds seems to be the sweet spot in this fight, with both BetOnline and Bovada giving nearly even odds on whether or not round three will be necessary.

MMA bettors have a lot to consider when wagering on this intriguing fight, and there are many more great ones on the UFC 256 card.

One other fight on this card deserves special mention, and it's the return of Tony Ferguson to the octagon. Ferguson is an elite fighter who was on a multi-year win streak before getting stopped by Justin Gaethje in his last outing.

Gaethje went on to get stopped by Khabib Nurmagomedov, who promptly retired, depriving all fight fans of the fabled Khabib-Ferguson matchup, possibly forever.

Now, Ferguson is looking to rebuild his reputation against Charles Oliveira, and the sportsbooks give him a good shot at a win.

This fight will be three rounds, as it is not the Main Event of this PPV, but it should still be spectacular.

Interestingly, the fight is tipped to end before the second-round finishes, as Ferguson is a ferocious fighter who will be looking to make a statement in his return.

Fans around the world, including the writer of this article, wish Ferguson the best upon his return. Bettors, on the other hand, might be hoping for an upset.