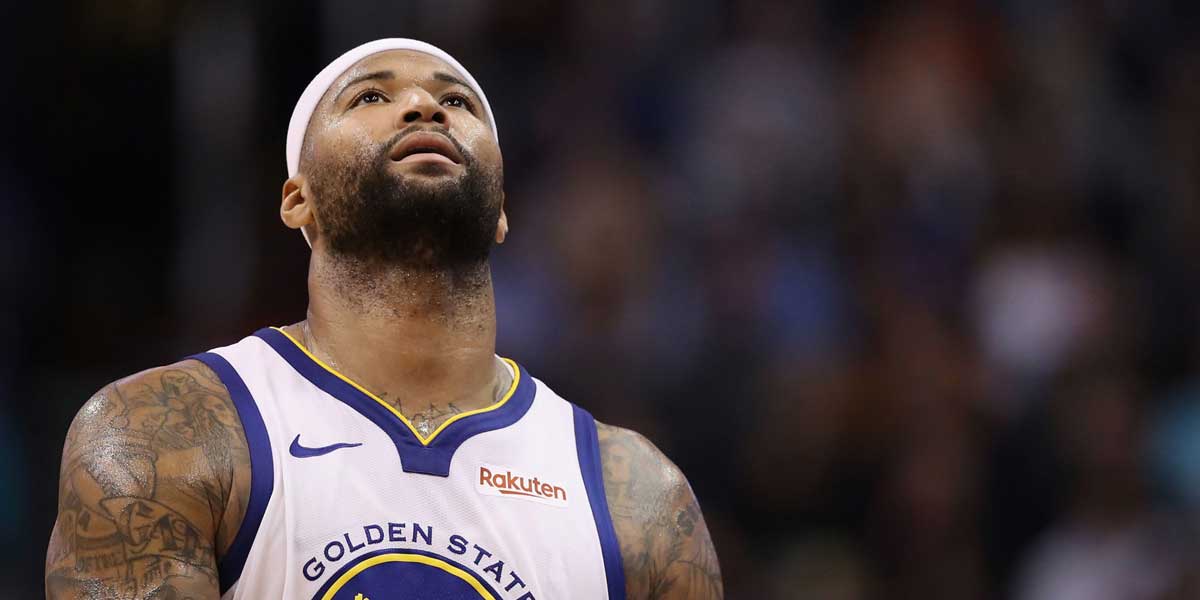 LOS ANGELES – In what was a “let me prove my worth” season, DeMarcus “Boogie” Cousins has suffered a knee injury that will keep him out for likely the entire season, if not his entire career.

During a workout on Monday, Cousins bumped knees with a player and was taken off the court for an evaluation. Only a few weeks recovered from his torn quadricep during the first round of the NBA Playoffs, the report is that he has torn his ACL.

This marks the third serious injury for the four-time All-Star in the last year-and-a-half, as he also tore his Achilles while playing for the New Orleans Pelicans during the 2017-2018 season.

During that season, his last before suffering these brutal injuries, Cousins was averaging 25 points, 12 rebounds, 5 assists, and 2 3-pointer per game. With these numbers, Cousins became the only player in NBA history to post a line as such.

Despite having a player such as Cousins that won’t be able to help the Los Angeles Lakers vie for a title, the betting odds have remained rather unchanged.

Lebron James and Anthony Davis are still the leaders of this team, who didn’t necessarily need Boogie in the first place anyway. Cousins joined the Lakers on a veteran’s minimum contract, but the Laker’s style of play would have left Cousins near the 3-point line, and this ability is replaceable in today’s NBA.

The Lakers remain the favorites to win the NBA Title (+300) at USA online sportsbooks and the hometown rival, the Los Angeles Clippers are not far behind (+325).

Either way, adjustments will need to be made from head coach Frank Vogel and don’t rule out the organization signing a veteran on a minimum contract or attempting to make a trade to solidify the roster.