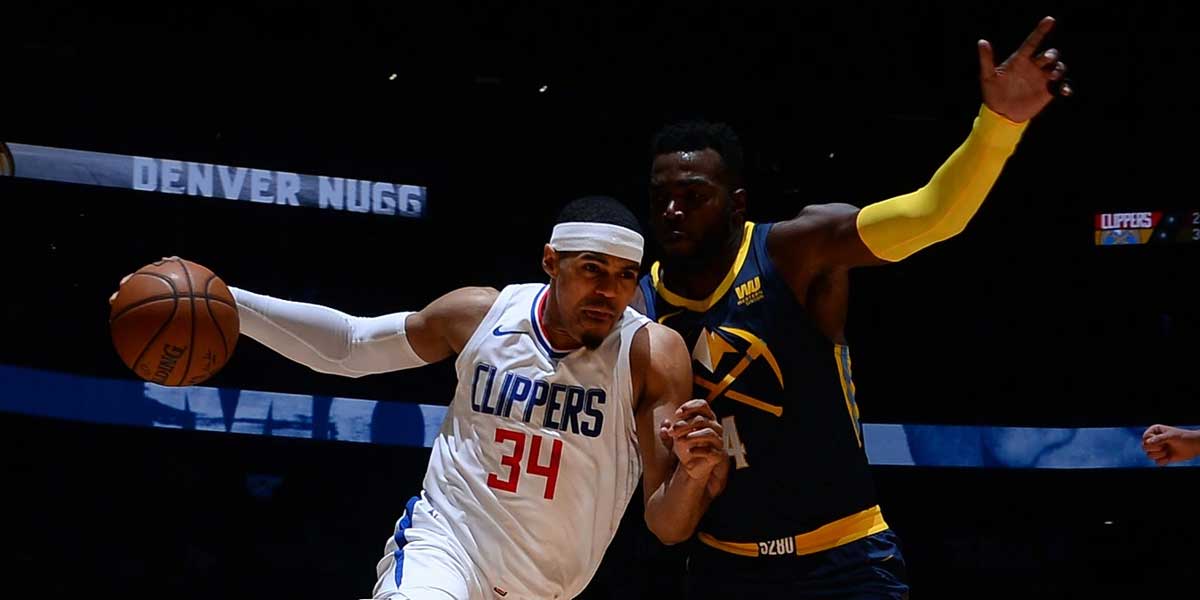 LOS ANGELES – Two of the top teams in the Western Conference face off as the Denver Nuggets (40-18) take on the Los Angeles Clippers (39-19) tonight. If the NBA playoff were today the Nuggets would be the No. 2 seed in the West and the Clippers are right below them at the No. 3 seed.

This will be the second time these teams meet this season and the Nuggets won the first meeting 114-104 in Denver. Clippers small forward Paul George didn’t play in the first matchup because of a hamstring injury but he will be active tonight. This should influence those betting on the NBA.

The LA Clippers are six-point favorites at U.S. online sportsbooks to beat the Nuggets at the Staples Center. Although both teams have successful records this season, they’ve been sporadic ATS. Denver has compiled a 28-27-3 record ATS while the Clippers have a slightly better 31-27-mark ATS.

The spread might not be the best play here for the best return at the bookie of your choosing. However, if forced to choose a side ATS, take the Clippers to cover as recent trends dictate that choice.

If betting on an upset tonight the Denver Nuggets money line is sitting at +190 odds and history shows these odds could be worth the dice roll. The Nuggets have a 7-3 SU record against the Clippers in their last ten meetings.

For the Nuggets to win they’ll need a dominant game from their center Nikola Jokic who is averaging 20.8 points, 10 rebounds, and 6.8 assists on the season. The Clippers don’t have a big man that can truly match up with Jokic and it should be easy for the Nuggets to get him buckets in the post.

The O/U total for this game is 218.5. Although the Nuggets-Clippers are some of the better defensive teams in the NBA, take the Over tonight as both team’s offenses should reign supreme.

This will be the Nuggets first time this season facing both Paul George and Kawhi Leonard in the starting lineup. This game should have a playoff-like atmosphere to it and expect it to come down to the wire.

Kawhi Leonard has been the focal point of the Clippers offense all season long and that’ll continue into the postseason. Mobile sportsbooks have a player prop with +258 odds that will hit if Leonard has 30 or more points and 5+ assists.

Leonard is averaging 27.1 points a game and he can go off for 30 any times he steps on the court.

The five assists will be vital to winning this bet and in two of the last three games, Kawhi has recorded at least five assists. With the Clippers finally getting healthy it should create more passing opportunities for Leonard who will likely have to pass out of double teams.

The next time the Denver Nuggets will be in action is on Sunday when they host the Toronto Raptors with that game having a 6 p.m. ET tip-off. The Clippers also have a game on Sunday as they host the Philadelphia 76ers in a game that will be broadcasted on ABC with tip-off scheduled for 3:30 p.m. ET.

The Nuggets-Clippers game has a 10:30 p.m. ET tip-off and can be streamed on ESPN.