Skip to content
USA Online Sportsbooks | Sports Betting | Did You Know You Can Bet On Trump Pardoning A Turkey? 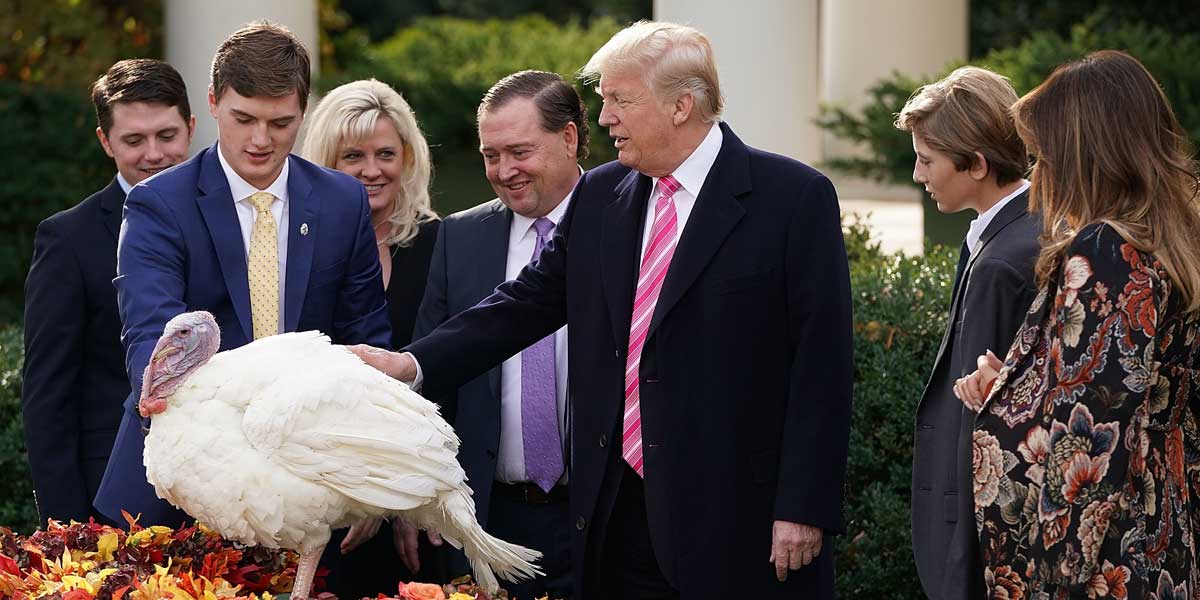 WASHINGTON – Before Thanksgiving, you can place your bets if you think President Trump will pardon a turkey.

As the year goes on, there are various prop and futures bets that appear on USA online sportsbooks. Thanks to the holiday season, there are many Presidential traditions that are coming up.

With a President as controversial as Trump, sportsbooks are putting odds on whether he will do those traditions or not. For example, the next tradition that is coming up is the pardoning of a turkey.

The History of Pardoning The Turkey

The tradition of the turkey pardon can be traced back to 1865. President Abraham Lincoln received turkeys around Thanksgiving time. Lincoln’s son, Tad, grew fond of a turkey that was given to the President. The turkey’s life was ultimately spared thanks to the pleas of Lincoln’s son.

The tradition was later brought back by President Kennedy when he said “Let’s keep him going” to a turkey. It was then in 1989, President George H.W. Bush made the turkey pardon an official tradition.

Since then, turkey pardoning has been a fun tradition for Americans to watch at Thanksgiving. But what are the odds of President Trump pardoning a turkey?

Odds That Trump Will Pardon A Turkey

In the last two years of his presidency, Trump has pardoned two turkeys. The trend and tradition do make it seem likely that Trump will pardon a turkey this year as well. But with the recent impeachment inquiry against him, he could back out of the tradition in retaliation.

These are not the only props that you can wager online. There are many more Trump-related props that are available. As the impeachment inquiry continues and more holiday traditions come, more props featuring Trump will appear.