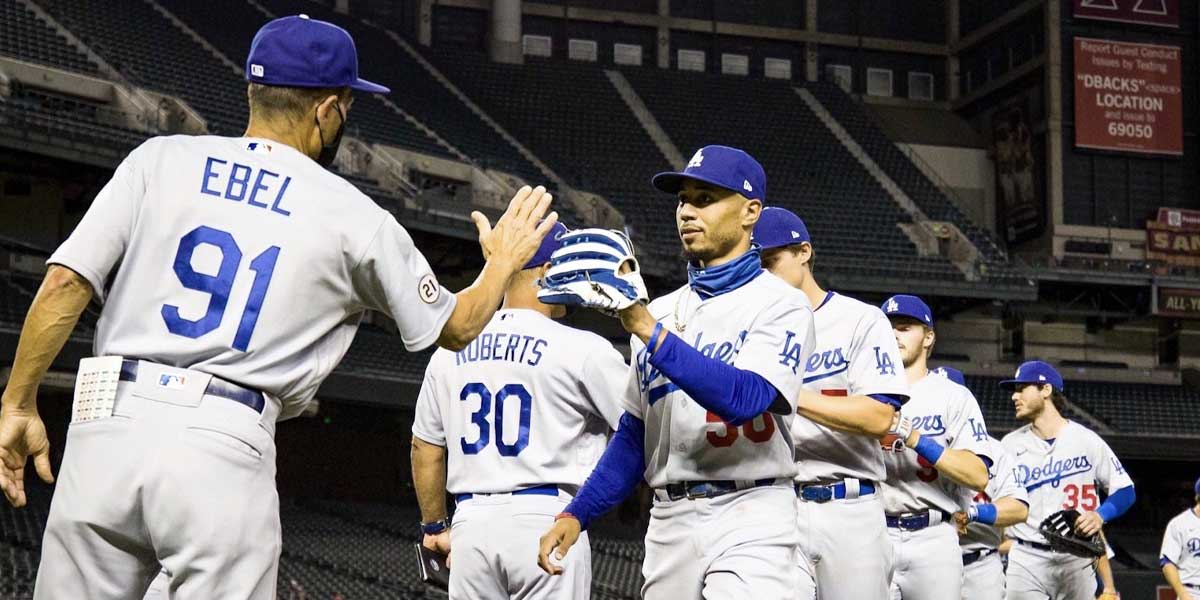 NEW YORK - As the MLB regular season wraps up, plans have been approved and announced on Tuesday regarding a bubble plan for the 2020 MLB postseason.

In regards to the success of the NBA and the WNBA playoff bubble system, the MLB will be implementing a bubble approach that is set to have the Division Series, League Championship Series, and the World Series all held at neutral sites.

Players will stay in one-location.

The MLB suffered a couple of coronavirus outbreaks at the beginning of the season and has postponed 43 games due to positive COVID-19 cases. This bubble plan will help minimize the risk of an outbreak threatening the postseason.

Globe Life Field in Arlington, Minute Maid Park in Houston, Petco Park in San Diego, and Dodger Stadium in Los Angeles will be the bubble locations use throughout the playoffs.

The World Series will be played at Globe Life Field.

Online sportsbooks have posted the odds for what team will become World Champions while in Arlington, Texas.

Odds to Win the World Series

The Los Angeles Dodgers are the favorite to win in the first World Series since 1944 to be played at one site.

When the plan was for a bubble method was proposed there were reports that there were Dodgers players who opposed the protocols regarding their families.

The finalized plan allows families to become part of the MLB bubble a week before the playoffs, receive the same daily testing, and quarantine with the players.

The regular season ends on Sept 27 with the best-of-three Wild Card round following. After that, the final 8 teams will quickly be moved to their respective bubble sites to begin their quarantining-like situation and bubble restrictions.