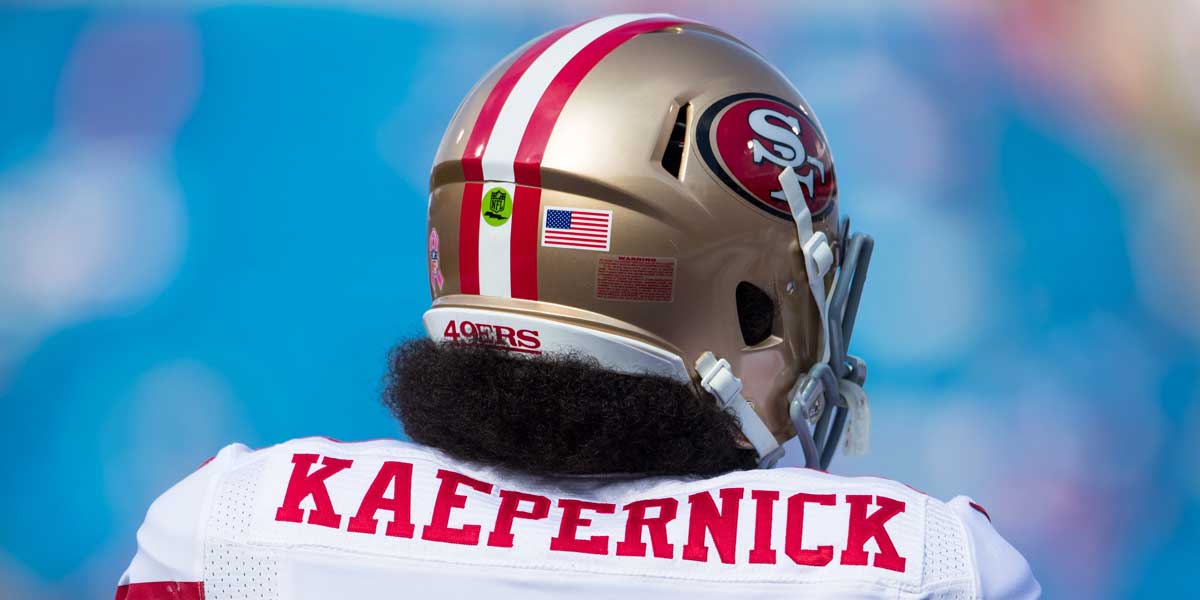 TALLAHASSEE, Fla. – In a year of many quarterback injuries, the timing is lining up for Colin Kaepernick to make his return to the NFL.

Kaepernick received word on Tuesday night that the NFL league office reached out to his representatives in order to schedule a Saturday workout in Atlanta. Kaepernick claims to be in shape and is ready to put his talents on display in front of any of the general managers and coaches that will watch.

Kaepernick has had his struggles both in the media and on the football field, but there was once a time when the quarterback was helpful in bringing a San Francisco 49ers team to the Super Bowl. As the NFL season is coming to the moment of sink or swim, there are a few teams that would benefit from looking into signing the quarterback.

Jacoby Brissett is the guy in charge, and he has proven it this season. However, after losing their last two games, the Colts may want to consider an additional option for the next few weeks. Brissett is roughly at 80%, according to Colts’ coach Frank Reich, but Kaepernick’s addition would be able to transition well into a team that calls bootlegs often and doesn’t mind running the ball between the tackles.

The Colts are 5-4, along with four other AFC teams, but are positioned out of the playoffs due to tiebreaker rules. The use of Kaepernick for the Colts would only be for a short stint, but with all three games against AFC South opponents upcoming, Kaepernick may be able to help the Colts sneak into the playoffs.

Relying heavily on their defense, the Steelers have won three games in a row and are now in the playoff hunt. At 5-4, the Steelers are without Big Ben Roethlisberger and have had to use the services of Mason Rudolph to get by. Despite the wins, Rudolph has not been the reason why.

With only four touchdowns in the past three games, Rudolph has averaged 228 passing yards per game and completed 62.4% of passes in that span. In addition, Rudolph has one of the lowest average completed air yards (4.3) – the distance the ball travels in the air on completed passes – indicating that any yardage attained is from the benefit of his receivers. Though Kaepernick averaged 5.7 CAY in 2016, this slight boost would make opposing safeties think twice about coming into the box, opening up the passing game for the Steelers’ deep threat targets in JuJu Smith Schuster and Diontae Johnson.

The loss of Cam Newton seems to be more of a long-term exit strategy, as many assume Newton has played his last game as a Panther. Kyle Allen has been filling in nicely for Newton during the season but has become a little more turnover prone in the previous few weeks. Kaepernick is known for his running abilities, and this is something that the Panthers have been lacking with their quarterback.

Despite being carried by Christian McCaffrey, the Panthers would benefit greatly from a running quarterback to fill the offensive scheme that Ron Rivera had to slightly adjust for Allen. The Panthers are 5-4, along with three teams in the NFC, but are sitting out of the playoff race in the eighth seed. With a talented NFC, the battle into the wildcard would be difficult, but definitely not impossible.

While this one may seem a little farfetched, something has to change in LA. The Rams under Sean McVay are known for their incredible offense and quick-paced scoring however this year has been anything but that. Jared Goff is getting paid this year, which will likely be the reason Kaepernick is not signed by the organization but again – something has got to give.

Goff has completed less than 60% of his passes in his all of last five games and has only thrown five touchdowns in that same timeframe. As the Rams are third in the NFC West and have made some bigtime trades to bolster their defense, the addition of Kaepernick may be the final boost this team needs. LA is in the seventh position as far as the NFC standings are concerned, but with only one win away from being tied for the sixth position, anything is possible.

As the only team with a losing record on this list (4-5), the Chicago Bears have not met their expectations this year. The Bears were noted to have potentially the best defense ever assembled and were even drawing comparisons to the 1985 Bears. However, under Mitchell Trubisky, the Bears have been struggling to win games - having lost three of their last four. However, with a divisional record of 2-1, the Bears could shock the NFL world and turn around their season.

Kaepernick would fit very well in a Matt Nagy system. As a quarterback himself, Nagy could help Kaepernick tweak his possibly forgotten throwing motions and get the quarterback back to his top level. With a strong run game and defense behind him, Kaepernick would be able to slowly work into this franchise, as the more difficult matchups for the team are near the end of their schedule.