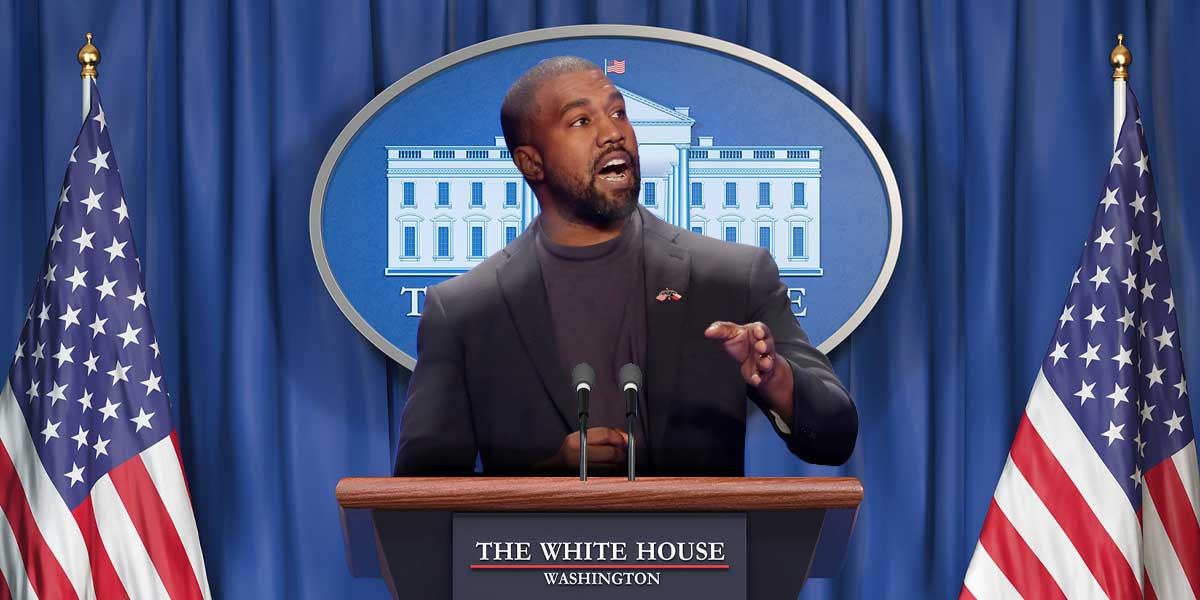 WASHINGTON – Kanye West has shaken the world once again as he announced on Saturday that he is planning on running for president in the upcoming 2020 election.

This is the icing on the cake as this is the second publicized announcement that Kanye West has made about running for president.

His first announcement came in 2015 during his speech at MTV’s Video Music Awards.

West brought up his presidential run once again on his Twitter.

We must now realize the promise of America by trusting God, unifying our vision and building our future. I am running for president of the United States 🇺🇸! #2020VISION

Online sportsbooks have taken note of Mr. West’s presidential announcement and have added his odds to the current presidential odds.

Kanye’s odds to win the presidential election are at +10000.

Odds To Win The Presidential Election

Being that this is Kanye West that we’re talking about, the guy that explodes on the media when they come within 10 feet of him, bettors should not take his presidential run too seriously and should bet on one of the more qualified candidates on the odds board.

It would not be a Kanye West presidential run if there were not any political prop bets that came with his announcement.

The first prop bet is if President Trump will tweet Kanye or not.

This should come at a huge surprise as anyone not living under a rock should know that President Trump has little to no filter on Twitter.

If Kanye’s run at president does in fact, heat up, bettors can expect Trump to take to twitter about the situation and enjoy the nice payout that comes with it.

There is another prop on if Yeezy will participate in the election debate.

Again, it is hard to imagine his run making it very far as first of all, he has absolutely no political background and he is also known for being hot-headed.

Lastly, there are odds posted on if Kanye will win a state in the 2020 election.

Odds currently have him favored to not win a state with -2500 odds and +800 odds of him winning a state.

It is no surprise that he is favored not to win any state, but if there was any prop bet that bettors could take the chance on, this would be the one.

Bettors should keep in mind that Kanye’s love for his hometown of Chicago, Illinois is unconditional and he makes that clear pretty often in his music.

If Kanye were to win any state in the 2020 election, Illinois would be the one to back up their hometown hero.