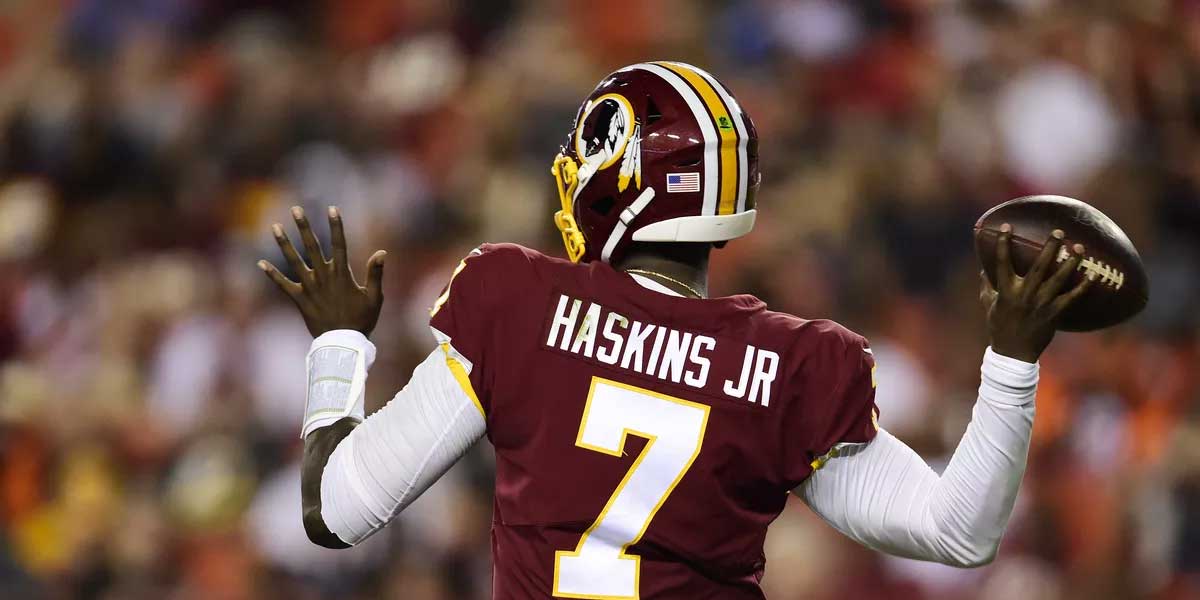 LANDOVER, Md. - Case Keenum’s time as the starting quarterback for the Washington Redskins may be coming to an end. The nine-year veteran has played for six teams during his career and has a record of 26-31 as a starter.

The Redskins find themselves 0-3 after an embarrassing 31-15 Monday Night loss to the Chicago Bears. Case Keenum was responsible for the Redskins five turnovers as a team. Keenum threw three interceptions (including one pick-six) and fumbled twice in the game after not committing a turnover in the previous two games.

Keenum will likely get another opportunity to start, but it’s hard to imagine the Redskins sticking with him for much longer. His play has not translated to any wins on the field, and the fanbase has been making calls for the Redskins to start first-round pick Dwayne Haskins.

Keenum may not be the only person on the Redskins to lose his job; head coach Jay Gruden is starting to look like a coach that will be replaced as the losses keep adding up. With many changes on the horizon for the Redskins, it’s easy to see why this team has lost its last five games.

It’s no longer a matter of if Dwayne Haskins will make his first career start for the Redskins this season, it’s when. The time has come for the Redskins to invest in their future and allow Haskins to get some real-time NFL reps. Haskins must be allowed to take over this team and prove why he was selected to be the quarterback of the future. Haskins is a proven leader. During his lone season as the starter for the Ohio State Buckeyes Haskins, led them to an 11-1 record and set a Big Ten record for most single-season passing touchdowns with 50.

Haskins has the arm talent to be good in this league, but Washington doesn’t have enough talent around him right now to give him a fair shot at winning games. That alone is a smart reason to keep the young quarterback on the sidelines.

Week 4 Versus The Giants

Washington travels to the Meadowlands in Week 4 to take on rookie quarterback Daniel Jones and their NFC East rival, the New York Giants (-3). Washington is 0-7 SU in their last seven games against an opponent in the NFC conference. The O/U total for this game is 47. It’s unlikely that Haskins will play in this game as the Redskins have decided to stick with Case Keenum for another week. However, sooner rather than later Dwayne Haskins will be making his first career NFL start. That should give Redskins fans some small hope for the future in this seemingly lost season.