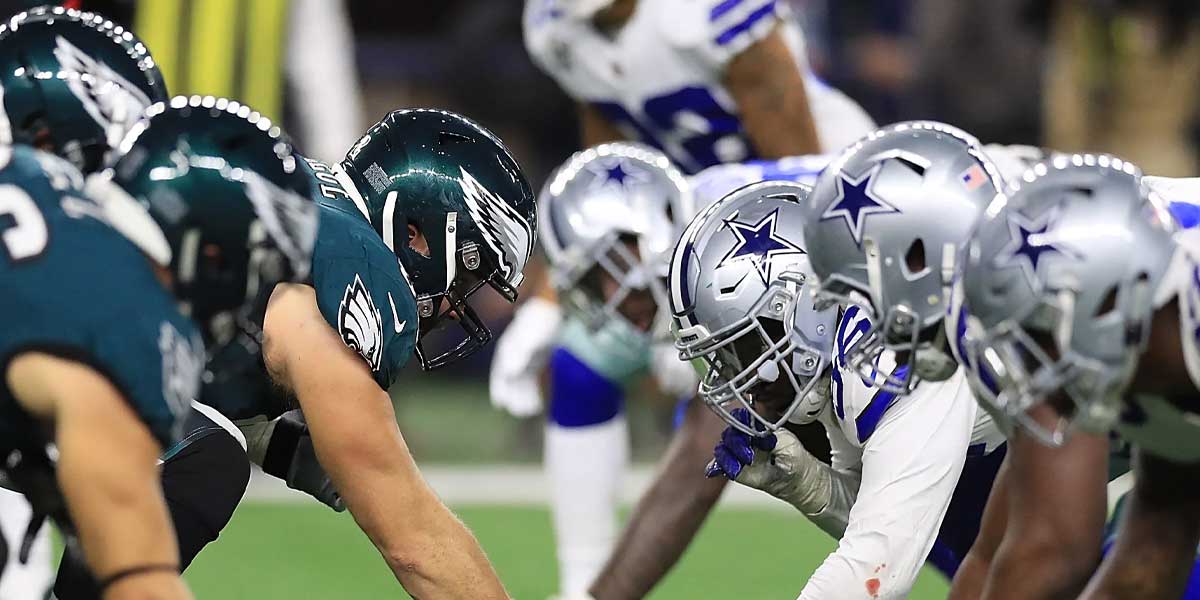 DALLAS – The Dallas Cowboys and the Philadelphia Eagles will go head-to-head on Sunday in a matchup that could lead to a future NFC East Title. The Eagles have a record of 4-9-1 for the year while the Cowboys are 5-9.

But if Washington loses and the Cowboys win, Dallas will be at the top of the leaderboard in the NFC East.

The Odds For The Game

The Philadelphia Eagles are the favorite by sportsbooks like Bovada to win the game with odds of -140. The Dallas Cowboys are the underdogs with +120 odds.

If the Eagles win it, they will be tied for second place in their division. The NFL prop bet on which team could be champions of the NFC East have the Eagles at +600 odds and the Cowboys at +700 odds.

Each team seems to be neck in neck, making for a nail-biter game between the two and also having another one to watch when Washington plays Carolina on Sunday because a Washington loss could shift the odds entirely. The Philadelphia Eagles have been having a better season with Jalen Hurts, the rookie quarterback leading the team in the last two games.

Hurts replaced Carson Wentz and has been successful with giving the Eagles a stellar win over the New Orleans Saints and a close loss against the Arizona Cardinals. Either way, the rookie is proving himself to be useful as bookies expect to see another great showing in his game against Dallas.

As for the Cowboys, the once-legendary team has seen better years but have been pulling it together in the final weeks of the season. Second-string RB Tony Pollard has become a key player for the team as he has replaced Ezekiel Elliot who is currently injured.

Pollard has had two touchdowns for 132 yards since taking over for Elliot in the last few games. It is not currently known whether or not Elliot will return in Week 16 and if he does how the workload will be divided between the two because Pollard will certainly get some time on the field due to his previous performances.

How Will It Turn Out?

Sports bettors have their work cut out for them when it comes to choosing Dallas or Philadelphia for the NFC East Champion prop bet. The answer will be better determined by the end of the game in which the Eagles are slated to win.

However, by then, the current betting lines will move, making the time to place those future wagers now because of the potential payout may just be better for the bettor depending on who they choose of course. The showdown begins on Sunday at 4:25 p.m. EST on the FOX network.