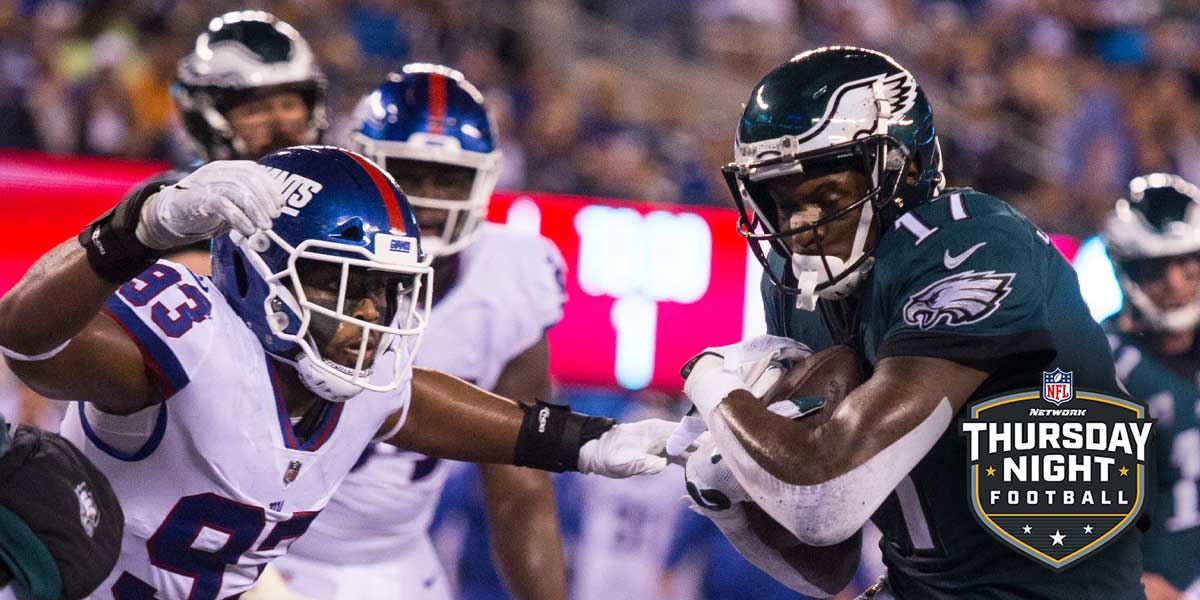 PHILADELPHIA – The next week of NFL action officially kicks off Thursday night with the New York Giants facing the Philadelphia Eagles.

It’s a battle of one-win teams this Thursday, as the 1-5 Giants face the 1-4-1 Eagles. Strangely enough, a win for both of these teams in this game would put them in an outright or tied lead for the NFC East.

In what is easily the worst division in football, the NFC East is a combined 5-18-1 so far in the 2020 season.

The failures of their counterparts might be all these two teams need to muster up a win on Thursday, as, after all, someone has to win the game…maybe.

With that in mind, bettors can take a break from the spread and moneyline bets and look at some valuable player props for Thursday’s contest. Here are some intriguing lines currently available via the major online sportsbooks.

Jones has only thrown three passing touchdowns all season, including just one since Week 1. Betting the under on this line might be worth it even with the added juice. The Giants simply do not have the passing attack to light up the scoreboard.

While 231 yards passing is already a low enough number, NFL bettors should still consider taking the under. Jones has not been able to throw for more than that total since Week 2, and now goes up against an Eagles pass rush that is decently capable of causing issues.

The over for rushing yards for Wentz could be worth a play. Wentz has managed to top that number in five of six games this year and likely will have plenty of room to scramble against the Giants defense.

Due to the widespread injuries of the Eagles’ receiving core, Travis Fulgham has been an unlikely star in recent weeks. Fulgham has caught a touchdown in three straight games, and is looking like the most reliable option out wide for Carson Wentz.

While Daniel Jones doesn’t really have anyone else to throw the ball to, Slayton has been injured this week and limited in practice. Jones will likely try to spread the ball to Evan Engram and Sterling Shepard, who is also returning from injury this week.