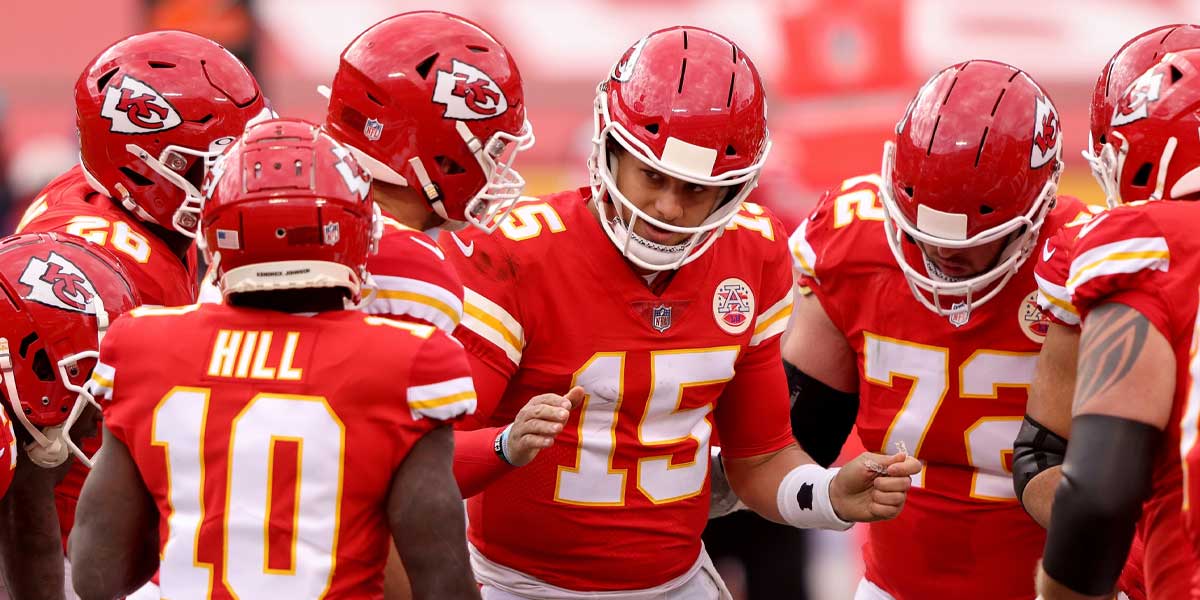 LAS VEGAS – Following an exciting start to the 2021 NFL Playoffs, the final eight teams are set to do battle in the Divisional Round this weekend.

Betting on the NFL has reached a peak in popularity during the playoffs, and those looking to get a leg up on the competition can do so by taking advantage of the early betting lines currently available.

The top seeds for both conferences are back in action as the Kansas City Chiefs and Green Bay Packers begin their Super Bowl journeys.

Bettors can find the defending champion Chiefs as a massive 10-point favorite over the Cleveland Browns on major online sportsbooks.

The Browns shocked the world this past weekend by going up 28-0 on the Pittsburgh Steelers, ultimately winning the game 48-37 for their first playoff win since 1994.

Their reward is one of the most dangerous and prolific offenses of all time in the Kansas City Chiefs, who are fresh off of two weeks’ rest.

The Chiefs however have been playing teams close this season. The Chiefs have not won a game by more than six points since November 1 against the New York Jets.

While some say they might be saving their skills for the playoffs, 10 points is a hefty ask for any team. While the Chiefs are a popular Super Bowl betting choice, they will have to deal with a scrappy Browns’ team first.

The other AFC game will be held on Saturday, where the Buffalo Bills are a small favorite over the Baltimore Ravens.

The Ravens were able to come back from a 10-point deficit against the Tennessee Titans to win their first playoff game under Lamar Jackson. The Ravens defense was able to stifle Derrick Henry and keep the Titans' top-five offense from scoring.

They will likely have their hands full once again with Josh Allen, Stefon Diggs, and the Bills offense that is second in the league in scoring at 31.3 points per game.

The Ravens have been able to keep the momentum going after a win this season, going 5-0 against the spread the week after a victory.

Over in the NFC, the Green Bay Packers make their debut in 2021 against the Los Angeles Rams, who just pulled off the upset over the Seattle Seahawks.

The Packers come in as a touchdown favorite after winning their final six games in a row of the season. Green Bay won each of those games by at least seven points, going 4-2 against the spread over that time.

Meanwhile, the Rams are still figuring out their quarterback situation with Jared Goff appearing to be good enough to go for the future.

Those looking to jump on the best NFL betting lines should watch this number closely as the week continues on.

The final game of the weekend will be an NFC South special as the Tom Brady-led Buccaneers take on the New Orleans Saints.

The Saints are a slight favorite since they won both regular-season matchups against the Bucs. The first matchup was an 11-point New Orleans victory, with the second being a 38-3 blowout by the Saints. The Saints covered the spread in both of those games.

While the Bucs managed to look impressive putting up over 500 yards against the strong Washington Football Team defense last week, they will need to be the best they have ever been to take down Sean Peyton and his experienced Saints team in the Playoffs.