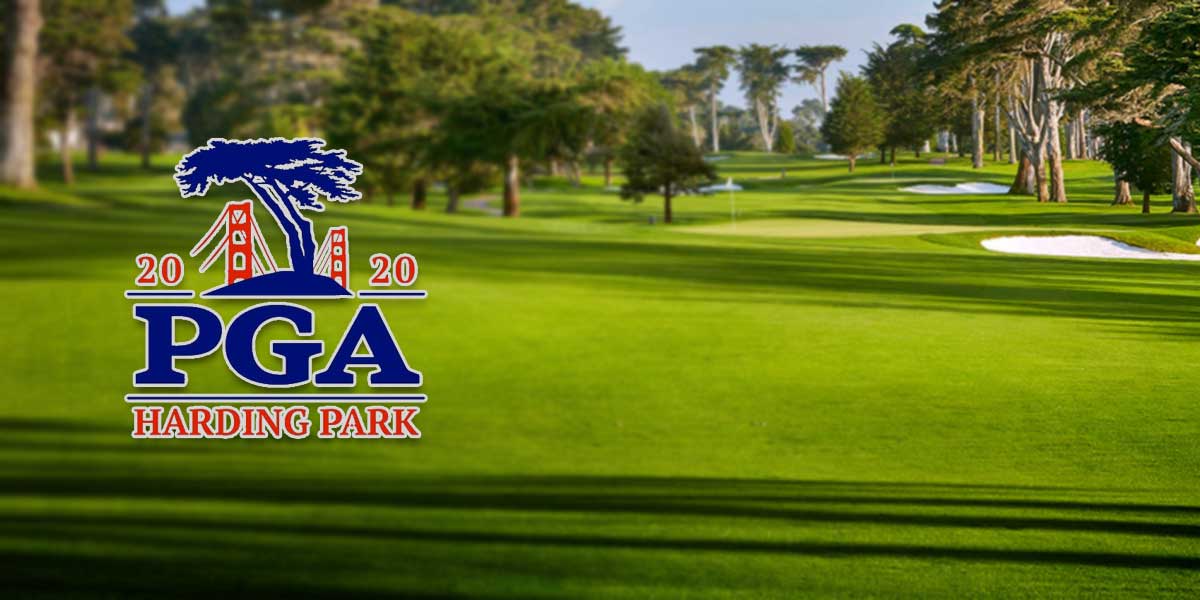 SAN FRANCISCO, Calif. – After a year of cancellations, postponements, and rescheduling, the 2020 PGA Championship is happening this weekend.

While it might be just a bit behind schedule, the world of golf is finally ready to play a major championship for the first time in a record 54 weeks. The Tour experienced one of the more successful restarts to their season this summer which has led to some tremendous golf over the past months.

Now, the very best of the best from around the globe will convene on TPC Harding Park in San Francisco, California for one of the four biggest prizes the sport has to offer.

This week features plenty of dramatic storylines, as Tiger Woods returns to play only his second event of the year while Brooks Koepka goes for his third-straight PGA Championship.

Full betting odds and lines are available for the tournament, with the top of the board overflowing with star power.

The course this week at TPC Harding Park will be difficult and unfamiliar. This is the first major championship at the course and the first PGA Tour event to be played here since 2015.

It sits at a par 70, with 12 holes at par 4, with huge California trees lining the fairway at every opportunity.

With large fairways that narrow and twist into slippery greens, approach play and putting will be the way players separate themselves from the pack this weekend. With that in mind, some of the names atop the golf betting odds jump off the page a bit more than usual.

Thomas is coming off of an electric win in the St. Jude invitational this past week that saw him battle with Brooks Koepka down the stretch Sunday afternoon.

JT was able to get the win in the end after landing some beautiful approach shots, securing the former Alabama Crimson Tide golfer his third victory already this season and a place back at No. 1 on the Official World Golf Rankings.

JT gets in done in Memphis 🏆

With today's win at the @WGCFedex, he returns to World No. 1. pic.twitter.com/OsygOP01kW

Going back-to-back in consecutive weeks is a terribly difficult feat to accomplish on the PGA Tour, but history shows that this might be the very event to pull it off.

The PGA Championship has a peculiar tendency to prefer golfers who are in outstanding form heading into the tournament.

Out of the last 20 winners of the PGA Championship, only four finished worse than 20 in their most recent tournament prior to the event. Five of them won the PGA after winning their previous event, and only four had not already recorded a win earlier in the season prior to their PGA win.

Morikawa has been one of the best stories of the season since the game returned from hiatus. He defeated Justin Thomas in a thrilling 3-hole playoff just a few weeks back at the Workday Charity Open, and also scored a second-place finish at the Charles Schwab Challenge.

The biggest factor here is Morikawa’s familiarity with the golf course. Morikawa has played more than a dozen rounds at TPC Harding Parking thanks to his college days with the Cal Golden Bears.

In a course that hasn’t been on the Tour in five years, this is a huge advantage for the 23-year-old Morikawa, who has already established himself as one of the best ball strikers in the field.

Hatton had a rough showing last week which leads to his odds being largely inflated this week. This is great for golf bettors who can now get the Arnold Palmer Invitational champion at around +4000.

Hatton was one of the top picks heading into last week and now he heads to California to face largely the same field.

Get Hatton now before this number slims down to where it belongs.

Regardless of which golfer gets the nod on the online sportsbooks, this tournament is shaping up to be an outstanding week of competition.