Skip to content
USA Online Sportsbooks | Sports Betting | Eli Manning To Retire On Friday, Props For His Press Conference Are Up. 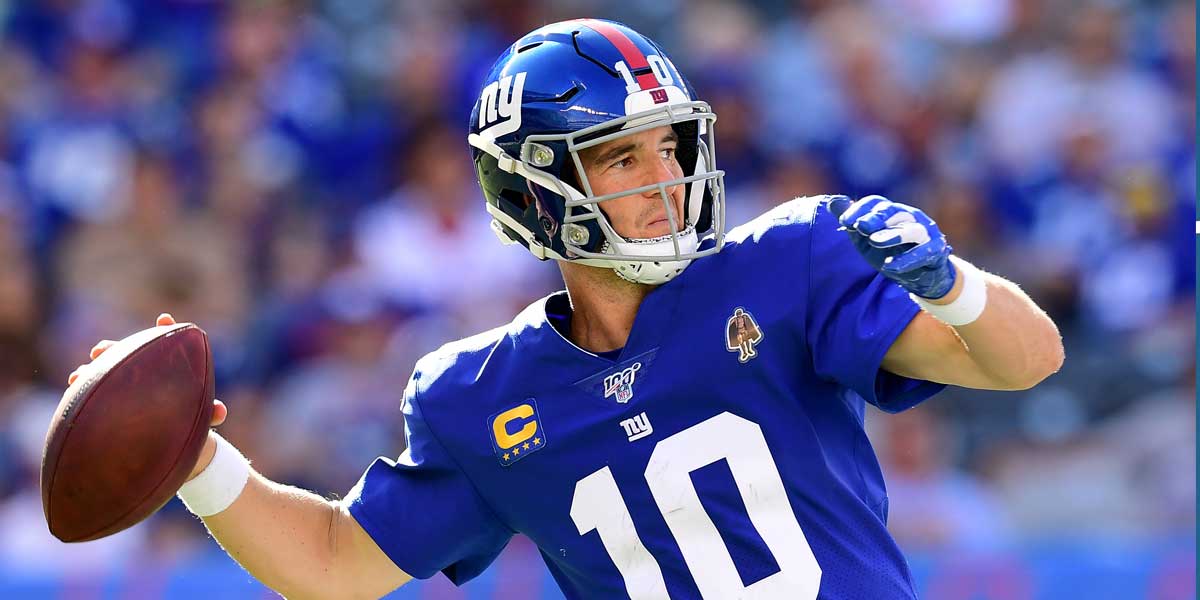 EAST RUTHERFORD, N.J. – The New York Giant’s all-time leader in just about every passing category is set to formally announce his retirement from the NFL on Friday.

Eli Manning was the first overall draft pick in the 2004 NFL Draft out of the University of Mississippi. Manning was originally drafted by the San Diego Chargers, but he made it known he wouldn’t sign with the team and was then traded to the New York Giants in a move that would shift the history of the franchise.

For 16 seasons Eli Manning made 234 starts for the Giants and brought the franchise two Super Bowls championships in 2007 & 2012. He compiled 57,023 passing yards which are the seventh most in the history of the NFL along with 366 touchdown passes that are also the seventh most in NFL history.

Manning is one of five players in NFL History to retire with at least two Super Bowl MVP awards. After a disappointing 2019 season backing up the Giants’ future of the franchise Daniel Jones the 39-year-old finally decided to end his career.

He finished this season throwing for 1,042 yards, six touchdowns, and five interceptions with a 1-3 record.

For more than a decade, those betting on the NFL would bet on the Giant’s odds or player props for Eli Manning. On Friday, they will have possibly one last chance to bet on the youngest of the Manning brothers.

With one of the pillars of New York Giants history retiring USA online sportsbooks have released some special odds for Manning’s official retirement press conference on Friday.

The sportsbook BetOnline is taking wagers on who Eli will mention first at his press conference his dad Archie Manning (-190) or his brother Peyton Manning (+145).

The sportsbook is also taking wagers on if Eli will mention his successor Daniel Jones during his retirement press conference with the “Yes” odds at -250 and the “No” odds at +170. The “Yes” odds are more than likely the safe bet here.

If you want to bet more on the Manning’s press conference, the sportsbook offers another wager if you think Eli Manning will show some emotion in the press conference. Then the “Will Eli Manning Cry during Press Conference” with the “Yes” odd at -110 and the “No” odds at -130.

It’s safe to assume that the city of New York and the Giants organization means a lot to Eli, he fought back tears when he was benched last season, but he likely won’t be able to hold them back in this press conference so the “Yes” odds at -110 should be a safe bet.

Manning will have to wait five years until he is eligible for induction into the Pro Football Hall of Fame. He may not be a first-ballot Hall of Famer, but he should eventually make it into Canton. One thing is for certain, Eli will have his jersey retired by the Giants sooner rather than later as he was one of the most influential players for the team during the last decade and a half.