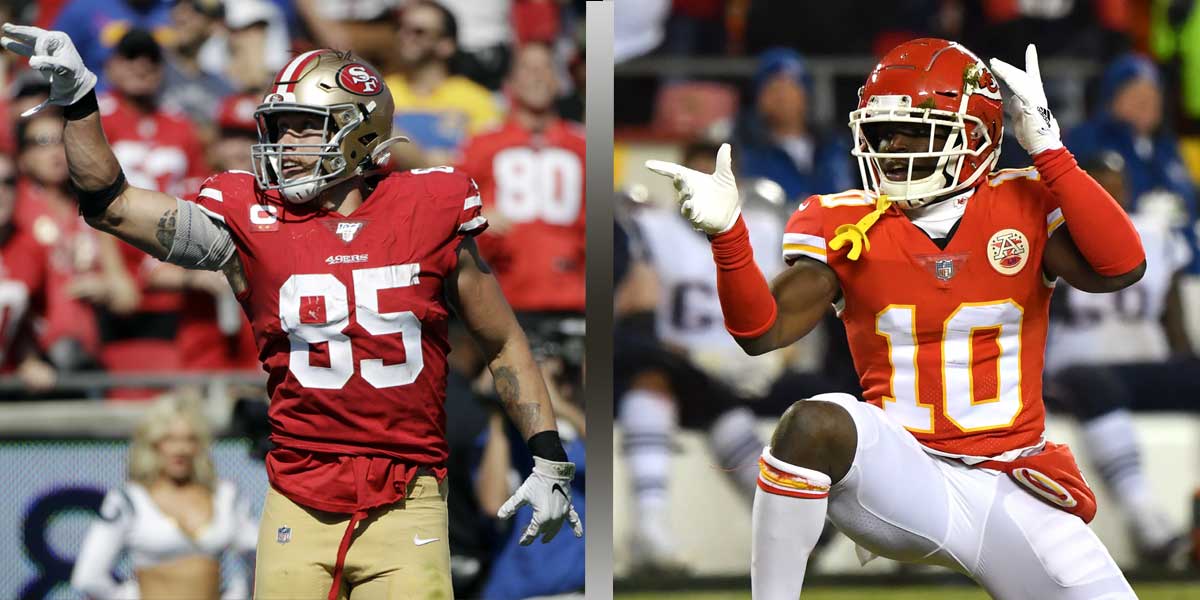 MIAMI – The Super Bowl is filled with elite skill position players, and many of them, if not all of them, are elite pass catchers. This scenario has given rise to many receiving based prop bets, some of which are quite interesting in terms of value.

One interesting place to start is by examining first-target bets. These are bets on how the first target of a given receiver will go – whether they will catch it or not, basically.

For example, at BetOnline’s sportsbook, the first target of George Kittle of the San Francisco 49ers is -250 to be a reception and +210 to be incomplete or an interception.

Kittle is an interesting proposition in this scenario because while he is a reliable pass catcher, incompletions happen constantly, and the Chiefs have some excellent coverage players in their secondary.

Kittle has not had a game below 50% catch percentage, and in five games in the regular season, he never had an incompletion. In the playoffs so far Kittle has caught four of six targets, as he has been spending much of his time as a blocker as the 49ers focused on their rushing attack in the previous playoff games.

Another example of an interesting first target bet is Tyreek Hill of the Kansas City Chiefs. Hill is one of the fastest players in the NFL and has been a monstrous threat streaking down the field to receive long passes from Mahomes.

Hill has excellent hands, and so the odds for this bet are in favor of a reception as his first target. Reception has -210 odds and incomplete/intercepted has +175. The reason this is so interesting is that Hill is a significantly less reliable receiver than Kittle due to how difficult many of his catch opportunities can be.

While a large amount of Hill’s targets do come from the downfield passing game, it is worth noting that the Chiefs can and have used him in end-around type plays, where the quarterback makes a short pass as the receiver runs behind him, and those plays do count as passing plays, and thus will count as receptions for Hill.