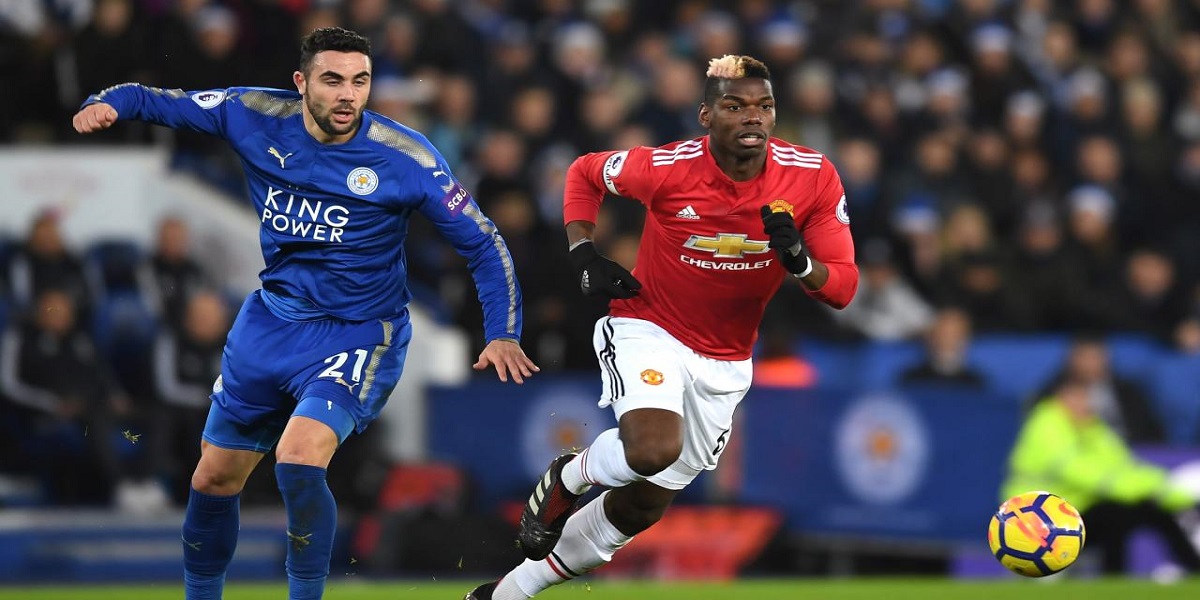 LONDON – Matchday 38 comes with no shortage of drama. English Premier League (EPL) betting odds elevate the excitement and that’s especially true for several teams who are vying for a top-four spot.

The biggest match of the day comes between Manchester United (+132) and Leicester City (+197). A win by either team secures a place in the UEFA Champions League next season.

Chelsea (-119), who currently holds the fourth and final spot, can secure that status by a win or draw against Wolverhampton (+285) or by a Leicester City loss.

All the different final EPL matchday scenarios provide a reason to bet on certain teams or certain outcomes. But at the end of the day, bettors who want to amplify the drama will have to look at the teams for what they really are.

When looking at the current EPL standings you’ll see Manchester United sit at third place with 63 points while Leicester City is in fifth place and only one point behind.

But, while they might be close in points now, their recent play has gone in opposite directions. The Foxes were once in second place this season, but have fallen off since the EPL returned. They have only won two out of eight EPL matches since coming back from the COVID-19 break.

The Red Devils on the other hand have looked very hot. Manchester United has won 13 straight domestic matchups and have seen consistent play from their biggest stars including Paul Pogba.

Those who are looking to bet on Manchester United will want to stick to the Moneyline odds.

The moneyline carries the biggest payout for this matchup anyway you choose. Those who are tempted to bet on a draw should know that it isn’t out of the picture. The Red Devils have 12 draws on their record while the Foxes have 8.

This match in a way is entangled with the previous match discussed. If the Foxes beat United and Chelsea lets this one slip away, then the Foxes would take their place and push the Blues out of Champions League contention.

The Blues, under first-time manager Frank Lampard, should be coming into the match with a sense of desperation. Their chances of securing a top-four spot were lost earlier this week when they suffered a 5-3 defeat at the hands of the untouchable Liverpool Reds.

Wolverhampton is also coming into this matchup with their own ambitions. While a top-four spot is lost this season, a top 6 finish is on the line for them to get into next season’s Europa League.

A win on Sunday will secure that for the Wolves but Tottenham is sitting just behind the Wolves waiting for a mistake.

Once again, the money line odds for this match seem to be the best bet.

Even though there will be no fans in the stands, the Blues have played much better at home since coming back from the break. They’ve won six straight playing at Stamford Bridge and have a chance to make it seven. The Blues odds on the half-point spread are also set at -116.

The odds for the over/under for this match are little more difficult to predict. The Over/Under for Chelsea vs. Wolverhampton is set at 2.5 goals.

In the last three meetings between these two football clubs, three goals at least were scored in two of those three matches.

The Blues have also conceded 54 goals this season and have hit the 2.5 Over in five of their last six matchups.

The odds for an Over are set at -111 while the under is at -109. This may be a safer pick than the moneyline, but the potential value isn’t quite as high.

Given how important this game is for both teams, expect them to come out attacking out of the gate. Those betting on soccer this weekend will need to keep that in mind in order to make their final matchday bets count.