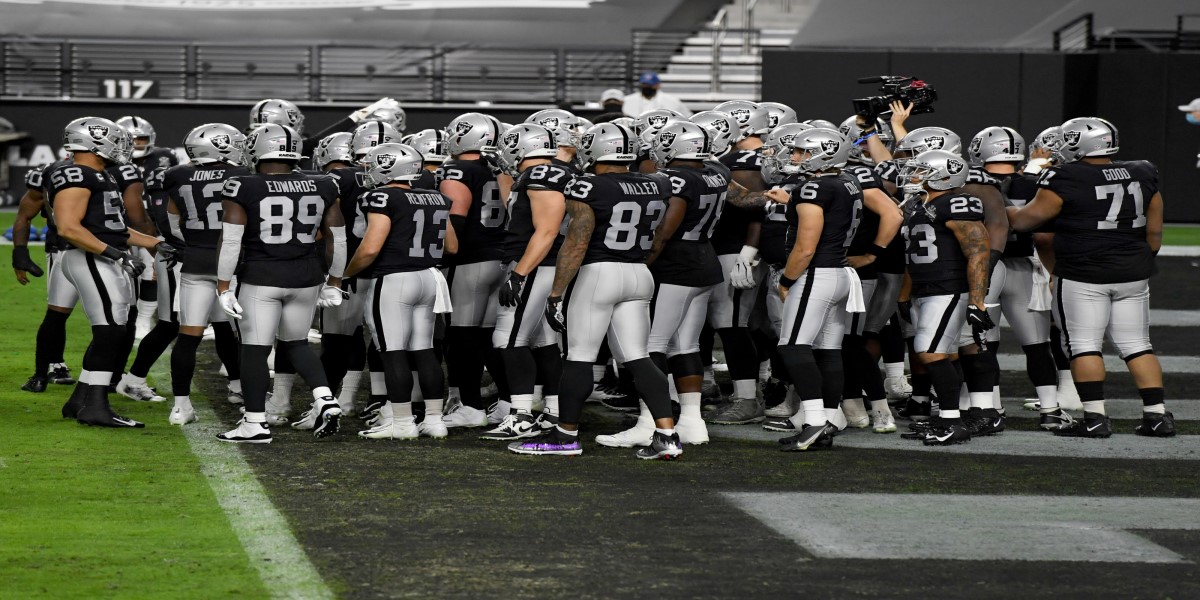 LAS VEGAS – Things for the Las Vegas Raiders have reached their breaking point after Jon Gruden was forced to resign following a leak of racial and homophobic emails that surfaced from Gruden, going back years.

Following Gruden’s resignation, online sportsbooks have listed odds for who will take his place as the Raiders head coach. There are two candidates that sit ahead of the rest in Kansas City Chiefs offensive coordinator, Eric Bieniemy, and current Raiders special teams coach, Rich Bisaccia.

Who Will Be The Next Full-Time Head Coach Of The Las Vegas Raiders?

Eric Bieniemy has long been linked to head coaching positions at both the collegiate and NFL level. Bieniemy is currently the offensive coordinator for the Kansas City Chiefs and has helped build them into one of, if not, the most explosive offense in the league. The fact that Bieniemy is also a rival coordinator in the AFC West makes him a prime candidate, being that he knows the Chiefs strengths and weaknesses.

Aside from being an offensive coordinator, he was also a running backs coach for 14 seasons, which works in the Raiders favor as they have one of the brightest young backs in the league in Josh Jacobs. Bieniemy is long overdue for a head coaching spot and with one suddenly opening, it should only be a matter of time before he gets his call to cash his NFL betting odds on sportsbooks.

Rich Bisaccia is another name that has been mentioned as Jon Gruden’s successor. Bisaccia is currently the special teams coordinator for the Raiders and is also a former assistant coach for them as well. He has also been named the interim head coach until the team's coaching search comes to an end.

With two feet already in the door and having been around the team since 2018, Bisaccia’s odds could very well be the ones to cash. It has also been reported that Bisaccia is actually interviewing for the position, unlike some of the other candidates.

What’s Next For Jon Gruden?

What Will Jon Gruden Do Next?

Now that Gruden is out of a job, NFL betting sites have started to look ahead to what he will do next. It is extremely hard to see a scenario where Gruden gets back into the coaching field, at least not for the next few years. Some might think that he could take his talents back to the booth as an analyst or commentator, however, being that these broadcast companies are all partnered with the NFL, they will likely all steer clear of him and his current publicity.

The most realistic option for Gruden at the moment would be to do his own thing, which could turn out to be a podcast.