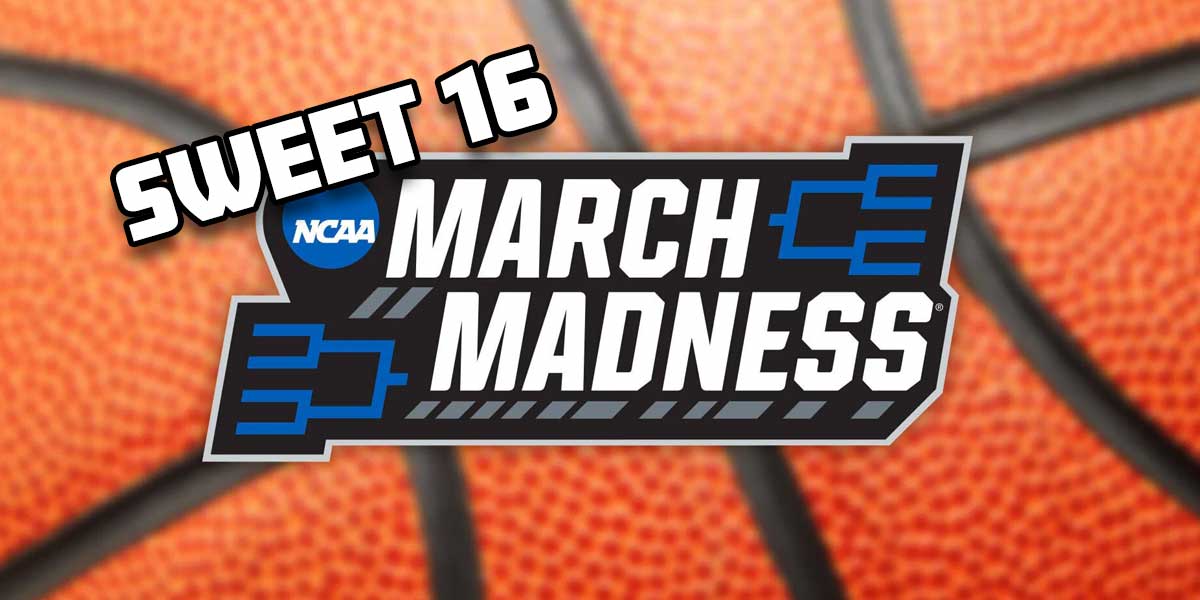 LAS VEGAS - The Sweet 16 is set, and the betting odds for the NCAA Tournament have been reshuffled.

With only sixteen teams left, the odds on the favorites like the Gonzaga Bulldogs and Baylor Bears continue to shrink, with Gonzaga approaching even odds.

There are still big longshots left in the tournament as well, with the Oral Roberts Golden Eagles clocking in with +10000 odds.

While there are technically 16 choices to choose from now, there are certain odds that are worth the second look.

The Sweet 16 games are set to occur on Saturday, March 27 and Sunday, March 28. With only 16 teams remaining, here’s what the odds look like right now:

Three #1 seeds sit at the top of the odds boards, with Gonzaga as a clear favorite over everyone else.

March Madness may have come for some of the pre-tournament favorites, like Illinois and Ohio State, but Gonzaga seems immune so far.

Gonzaga, undefeated this season, entered the tournament as the favorite with odds around +210 to win it all. Now that they’ve gone through the first two rounds of the tournament, their odds have shortened to +130.

They’ve been faced with no serious trouble so far, defeating Norfolk State 98-55, then vanquishing Oklahoma 87-71.

They covered the spread in both of those matchups, although the Oklahoma cover was a squeaker.

Covering the spread bodes well for their chances to win the NCAA Tournament, as David Bearman of ESPN explained:

Since ‘85, only team to win a title without covering its first 2 tournament games was Arizona in 1997.

Gonzaga looks every bit the contender they were promised to be, and they have a showdown with the Creighton Bluejays before potentially facing the winner of the matchup between the Oregon Ducks and the USC Trojans.

The Baylor Bears are the next most likely team to win the Tournament, although they are far behind Gonzaga in terms of actual odds.

The gap between +130 and +400 is vast and speaks to the perceived gap in talent between the two teams.

These teams were supposed to play during the regular season, but the game was canceled due to COVID-19.

Without that game, Baylor lacks a claim to being the best team in the nation, and lags far behind Gonzaga on the college basketball odds boards.

Make no mistake, however - the Bears are good, and they defeated Hartford and Wisconsin en route to a matchup against the fifth-seeded Villanova Wildcats.

Should the Bears take down the Wildcats, they’ll be faced with the winner of the matchup between Oral Roberts and Arkansas- a game they would likely be favored in - in order to make it to the Final Four.

Intriguingly, both Baylor and Gonzaga would avoid each other until the championship game if they continued to win. The way the divisions are seeded and sorted would mean that their only possible matchup would be in the last game of the tournament.

This likely helps both of them in terms of odds to win the tournament - they don’t have to play against their biggest threat until the final dance.

Loyola-Chicago - Odds To Win The Tournament: +1600

Loyola drummed #1 seeded Illinois out of the tournament in brutal fashion, dominating the game from buzzer to buzzer.

They may have entered the tournament as an eighth seed, but they have a legitimate claim to being a top ten team in the country.

KENPOM has Loyola as the 9th best team in the nation, just behind the second-seeded Alabama Crimson Tide, with an Adjusted Efficiency Margin of +25.56.

They obviously didn’t play the strongest schedule, but their performance relative to that schedule was exemplary. Loyola is within five points of the Adjusted Efficiency Margins of all of the top teams in this tournament with the exception of Gonzaga.

This makes them a very real threat to take down anyone they play against, eighth seed or no eighth seed.

In terms of odds, they have similar odds to the Arkansas Razorbacks (15th in KENPOM) and are slightly above the Florida State Seminoles (13th in KENPOM).

At this point, it should be clear to everyone that Loyola is a real threat to win this tournament, and could very easily do so.

The online sportsbooks know it - but do college basketball betting fans?