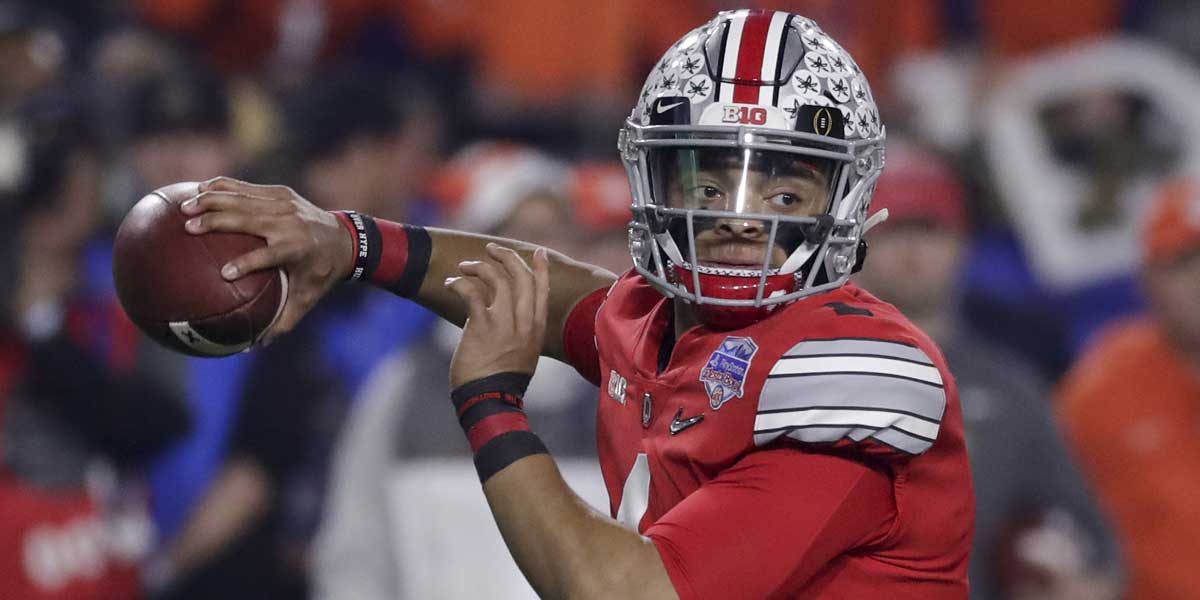 COLUMBUS, Ohio – Every sports league has been affected by COVID-19 this year but having differing length seasons across conferences has caused a unique and new level of disadvantage for many college football teams and players.

Now that all Power five teams will be playing for postseason success and achievement, it is hard to believe that with the varying amounts of games this season, each team and player will all be on the same playing field.

Conferences such as the Big Ten and the Pac-12 are also starting way later than the others with the seasons starting October 24 and November 6 respectfully.

Justin Fields Race To The Heisman

Awards in college football are very important and the most famous of them all is the Heisman Trophy which will definitely be affected by the differences in schedules.

Ohio State QB Justin Fields is up for the Heisman this year and is one of the players who will be directly affected by this year’s reality but he is very excited to even get the chance to overcome this obstacle.

“I know the time’s ticking, so I’m just more anxious and anxious every day until game day comes,” said Fields. “I know I’ve said it 10 times, but y’all don’t know how excited I am to play.”

Last year Fields was also up for the award after throwing for 3,273 yards and 41 touchdowns but was voted behind Oklahoma QB Jalen Hurts and Joe Burrow, the winner and the eventual National Champion.

This year seemed to line up for Fields to return and claim the prestigious award for the 2020 season. He opened as a +250 favorite to win the Heisman at the end of last season and a big front runner.

Fields still has not played a game as Clemson QB Trevor Lawrence has become a strong favorite and even initial long shot Florida QB Kyle Trask improved from +2000 to +600 in the last two weeks of their seasons.

With one week before the start of Big Ten Football, these are the odds that online sportsbooks have for the winner of the 2020 Heisman Trophy.

Fields is currently not the outright favorite that many expected going into the season simply because he has not been seen by any college football bettors on Saturday yet but as Big Ten football comes back, he could make a run for the trophy.

Though he will be working with fewer games and joining the conversation late, he will have to use what he has to his benefit now more than ever before.

“I think when you have a year under your belt, you realize the consequence of every game, every snap, the preparation that comes into every play,” said Ryan Day, OSU head coach. “He asks the right questions going into practice if he’s not sure. He makes sure he has it right. And he’s also holding people accountable.”

Ohio State (-400) is the big favorite to win the Big Ten and has the second shortest odds to win the National Championship right now.

Fields will have to work hard for one more shot at the national title and the Heisman because he will likely be dressing out for an NFL team next fall.

The first game for Ohio State will be against Nebraska on October 24 which will be more than two months after the first ACC game was played.

The first college football playoff rankings will be on November 17 which will be 11 weeks into the current National Championship favorite Clemson's season.

This college season will be very different and will probably always have an asterisk beside it more than other leagues because of the disadvantages that faced different conferences, teams, and players.