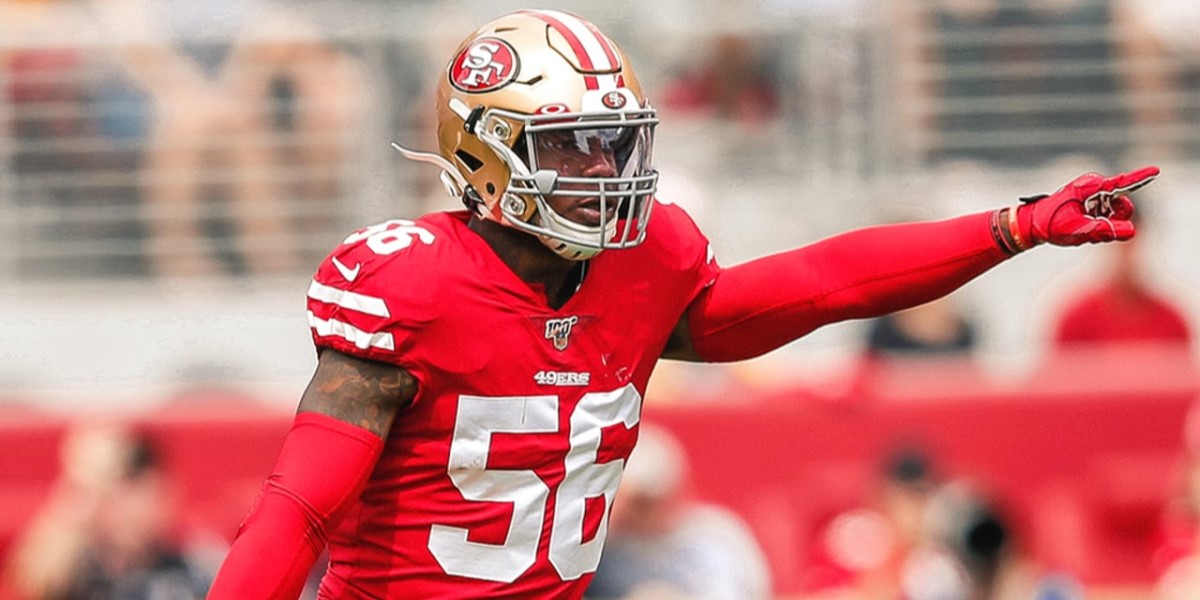 MIAMI - The San Francisco 49ers appear to be healthy and will be at full force on Sunday.

According to Kyle Shannonhan, head coach of the 49ers, impact players such as linebacker Kwon Alexander, running back Tevin Coleman, and Jaquiski Tartt are “going to be good to go” for the Super Bowl.

Coleman suffered a dislocated shoulder in the second quarter of the NFC Championship game, Alexander tore a pectoral muscle in Week 9, and Tartt broke a rib in the 49ers regular-season loss against the Baltimore Ravens.

In 2015, the NFL began playing the Pro Bowl one week before the Super Bowl as a means to give the teams playing in the Super Bowl time to rest and get healthy. The San Francisco 49ers seem to have benefitted greatly from this rule with some of their key player’s now healthy enough to play.

What Each Player Means To The 49ers

After Coleman’s injury, running back Raheem Mostert more than proved that he could carry the load for the 49ers. Mostert became the first running back in the history of the league to rush for at least 200 yards and score four touchdowns.

But, Coleman’s production this season can’t be overshadowed too much. In 2019 Colman was able to record 137 rush attempts with 544 yards and six touchdowns.

While these numbers may not seem too impressive, Coleman’s presence adds the perfect complement to Mostert’s running game, providing the Niners with a one-two punch on the ground.

Coleman’s over/under for rushing attempts is set at 6.5 by online sportsbooks such as MyBookie. His rushing yards odds are set at 37.5 and his odds to score a touchdown are at +205 for ‘yes’ and -265 for no.

On the other side of the ball, graduate of “Hot Boyzz University”, Kwon Alexander also has odds set for his upcoming performance in the Super Bowl.

Throughout this season Alexander has been able to record 24 solo tackles, 12 assisted tackles, and 3 tackles for a loss. Alexander was on track to add to these numbers significantly if it weren’t for his Week 9 injury keeping him out of the game for so long.

While Alexander does not have any odds set specific to himself, his ability to make a difference on the field Sunday may very well affect the Kansas City Chiefs offense and affect odds specific to that side of the Cheifs’ team.

The Over/Under for the total number of points the Chiefs will score is set at 27.5. With Tartt and Alexander back in the fold, the Under becomes more and more like a possible outcome.