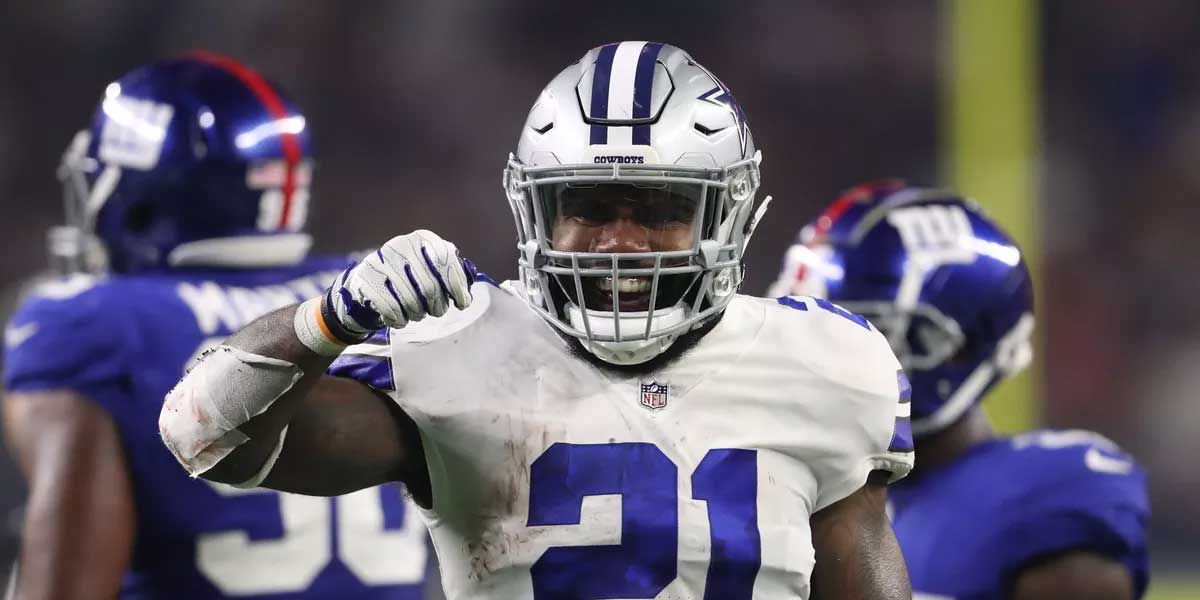 DALLAS – The Ezekiel Elliot holdout may be coming to an end.

As the Dallas Cowboys are close to reaching an agreement with running back Ezekiel Elliott, his new contract would make him one of the highest-paid players at his position. Elliott has led the league in rushing in two out of his first three seasons.

Although Elliott still has two years remaining on his current contract, the running back has held out of training camp and the preseason in order to receive a new contract.

Bovada currently has Ezekiel Elliott listed at +400 odds to lead the NFL in rushing yards, only trailing behind New York Giants running back Saquon Barkley with +333 odds. Elliott is also a good bet to lead the league in rushing touchdowns as he’s listed at +900 odds, only trailing behind Saquon Barkley at +600. However, do keep an eye out for changes in these odds at US sportsbooks once Elliott is officially signed.

Zeke for his career has posted a stat line of 4,408 rushing yards and 34 total touchdowns, averaging 101.2 rushing yards per game. If the Cowboys didn’t work out a deal with Elliott, they’d be going into the 2019 season without its biggest contributor on offense.

If the Cowboys and Ezekiel Elliott can come to an agreement within the next 48 hours, Elliott will be able to play in the Cowboys season opener Sunday against the New York Giants. Heading into Week 1, the Cowboys are currently -7 favorites in that matchup. It’s looking likely that the two-time rushing champion will be coming back for the Dallas Cowboys just in time.