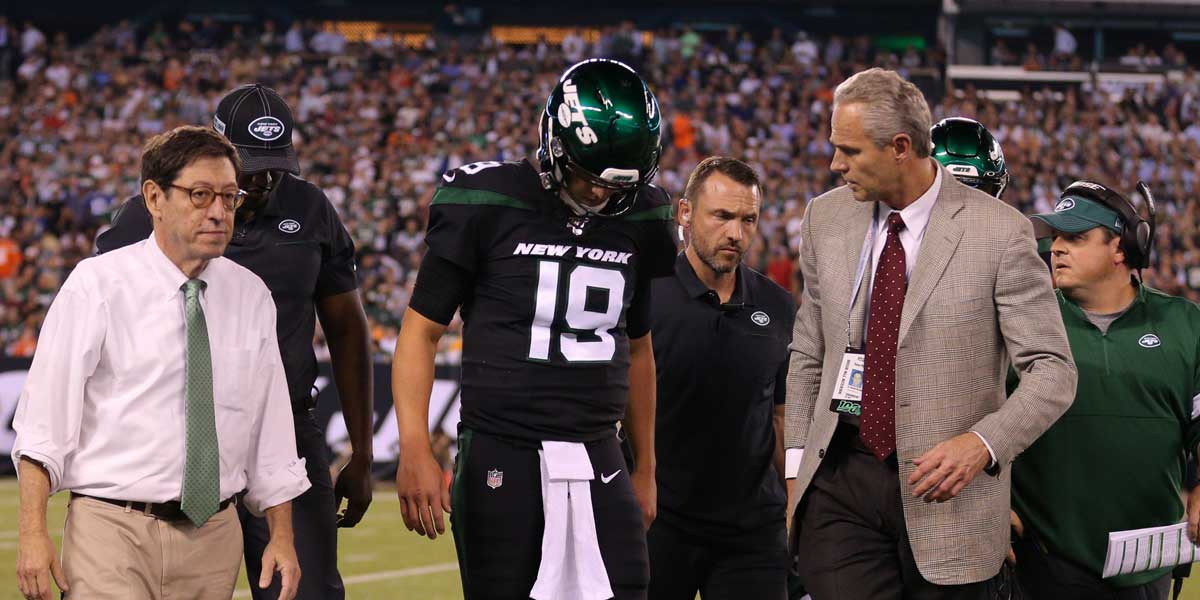 NEW YORK – Sam Darnold is out with Mono and Trevor Siemian went down with an ankle injury during Week 2. In comes third-string quarterback Luke Falk. Who? Falk, 24, was a quarterback for Washington State University from 2014-2017.

He played in 42 games throwing for a total of 14,481 yards and 119 touchdowns. He ended his college career with a 28-15 record before becoming a sixth-round draft pick by the Tennessee Titans in 2018.

The Titans kept Falk through preseason before waiving him on September 1, 2018. The very next day, the Miami Dolphins picked him up, but he had no official playing time before being placed on injured reserved in October due to a wrist issue. The Dolphins eventually waved goodbye to Falk in May of 2019.

Again, the day after being let go by one team, his waivers were taken on by the New York Jets. In August, he was placed on the practice squad rather than the actual playing roster by New York. However, that all changed after starting quarterback Sam Darnold was benched due to his Mono diagnosis. Second-string quarterback Trevor Siemian took the starter slot allowing Falk to move up to the active roster as second in line to the Jets starting quarterback throne.

In game two of the season, Siemian went down with what looked to be a pretty extensive ankle injury – although no word on the extent has been released. Siemian took a hit by Cleveland Browns defensive end Myles Garrett in the second quarter of Monday night’s game and just like that, Luke Falk became the quarterback for the New York Jets.

In his first-ever NFL appearance, Falk threw for 198 yards, completing 20 of his 25 passes. But the Jets ended up losing to the Browns 23-3, now holding a record of 0-2 for the season.

Monday night was the first time that Falk worked with all the starters, making his performance that much more positive. All things considered, he displayed an excellent skillset out on the field.

“I thought Luke did a really good job,” said head coach Adam Gase. “He started off kind of slow. I was just trying to ease him into the game a little bit. Luke is very confident. Once we got out of that first series, you could just tell he was calm. It was like we were at practice.”

This isn’t the first time that Gase has had to deal with using multiple quarterbacks. As a head coach with the Miami Dolphins, he went through four. He has experience in dealing with this kind of situation and plans to move some players around for the next game to switch up strategies that will work in favor of having Falk at the helm.

Running back Le’Veon Bell, 27, was not at all pleased with the performance of his teammates during the Browns game and none of that blame was put on Falk.

"It wasn't the quarterback play. It's just guys being on details," said Bell. "We had a lot of dropped passes, a lot of false starts, guys not making enough plays, including myself."

The Jets next game on the road against the New England Patriots at Gillette Stadium in Foxborough. With New York being 0-2 and the Patriots being 2-0, trends at USA online sportsbooks say odds should fall in New England’s favor once they are posted. Interestingly enough, both Falk and Tom Brady were drafted 199th, 18 years apart. In the past 20 years, they have been the only two quarterbacks to be drafted in that spot. It will be a battle of the 199’s this Sunday at 1 p.m. EST live on CBS.