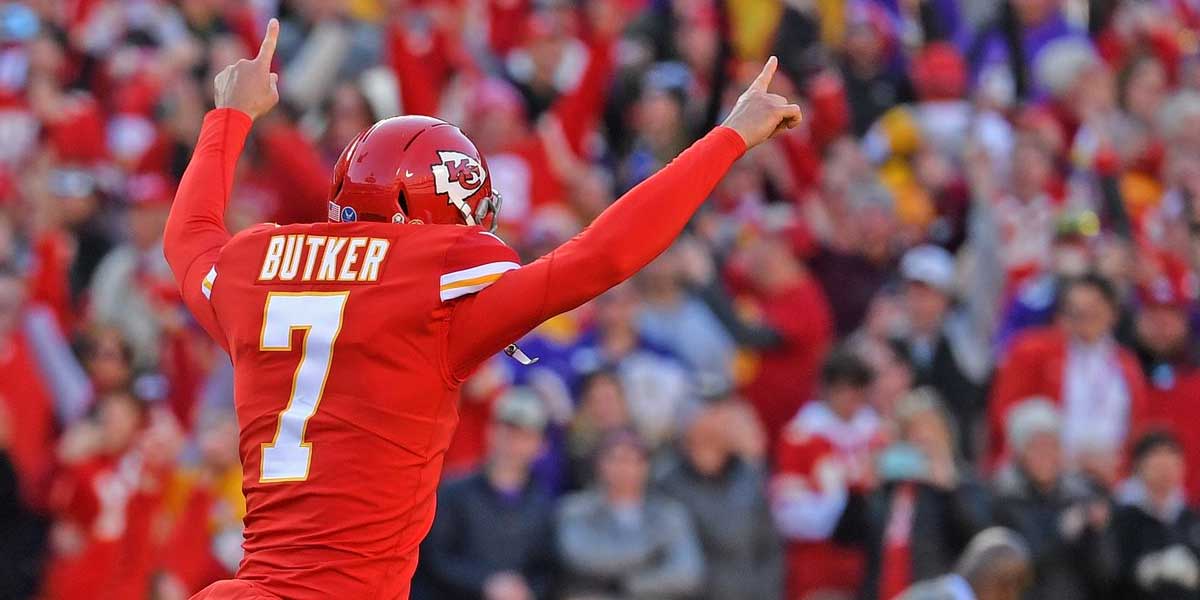 NEW YORK – Usually the last two positions on any fantasy football team that fantasy owners worry about are kickers and defenses. Some might think that these are easy positions to draft, but they require more attention than some might think.

There are only so many kickers in the league that can actually produce numbers that if GM’s wait too long, it could end up disastrous. There is a similar outcome with defenses as well, being that there are only a handful of elite defenses in the league.

Looking at this year's kickers, fantasy owners and GM’s should not be waiting until the last round to make their kicking selection. It is best to take one after the first three bench spots are filled.

Online betting sites have projections on the kickers for the 2020 season.

There is no doubt that Harrison Butker has taken over the top kicker spot in the league as he put on an absolute clinic with the Kansas City Chiefs.

Kicking numbers like this do not come around often so it is best to draft him no later than the eighth or ninth round of a fantasy football draft.

Lutz had the second most fantasy points at the position last year at 159 which is very high for a kicker. There should be no hesitation when taking Lutz before the tenth round.

Looking at old reliable, Justin Tucker of the Baltimore Ravens. Tucker has been one of the leagues premier kickers for some time now and is not letting up at all.

He has remained at the top of his game no matter what the Ravens offense is looking like. It helps that the Ravens are also one of the best offenses in the league being that it opens up more opportunities for Tucker which helps his case at being drafted before the 10th round as well.

Drafting a reliable defense can make or break a fantasy football team as things can either go really well or just take a huge turn for the worst.

The Buffalo Bills are the new top-rated defense going into the 2020 season. They added more defensive talent to an already decent defense in Quinton Jefferson, Mario Addison and Josh Norman.

It also helps their case that they are playing against a weak AFC East division that has two of the weaker teams in the league in the Miami Dolphins and New York Jets who they play twice in the season. This should be the first defense taken off the board.

Some could argue that with the loss of DeForest Buckner that the San Francisco 49ers defense won’t go back to their usual form in 2020 but they have managed to keep the rest of their starters intact.

With players like Nick Bosa, Kwon Alexander and Dee Ford at the helm of things, there should be no need to panic as the Super Bowl runners-up are looking to come out swinging on defense.

The Indianapolis Colts, on the other hand, managed to get the likings of DeForest Buckner and will look to follow him as he leads them to a successful defensive season.

Other key pieces helped this team to top-ten in interceptions in the 2019 NFL season such as Kenny Moore, Malik Hooker and Darius Leonard. Fantasy GM’s can expect the Colts to be one of the top defenses this year as they are looking to prove their defensive worth.