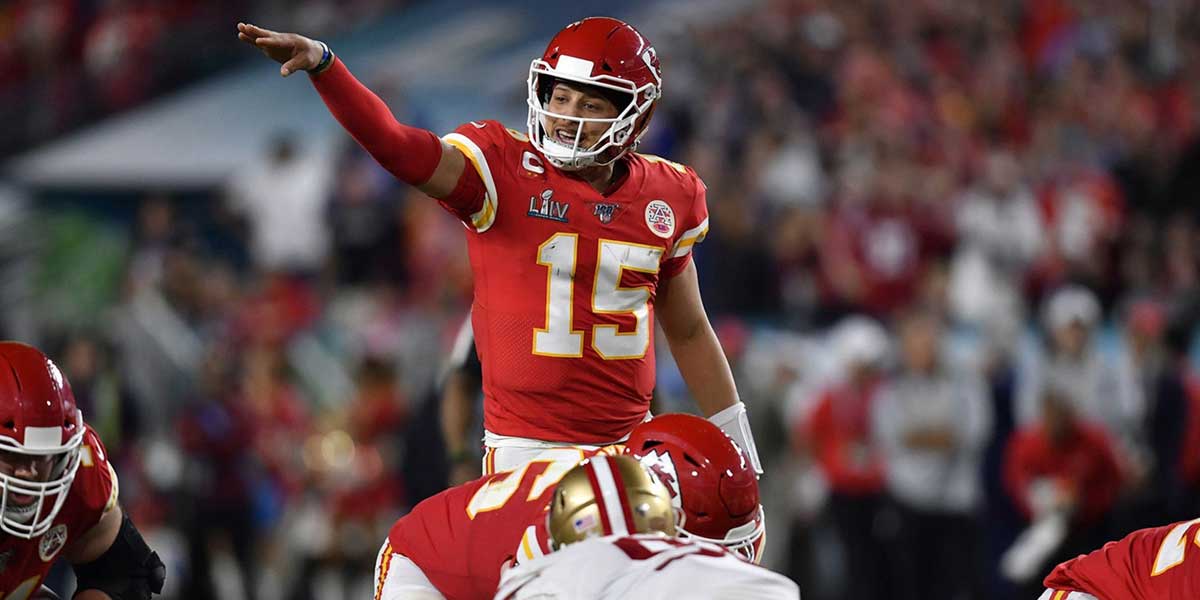 LAS VEGAS – It might be hard to believe for some, but it is already fantasy football season once again.

Through all the trials and tribulations that 2020 has brought the world, the new NFL season somehow remains steadfast on the schedule. With the start of every new season, comes the creation and managerial duties of fantasy football leagues across the country.

The NFL season begins September 10, meaning there are only just a few days left for owners to draft their teams and arrange their rosters for the new season.

Arguably the most important position both in fantasy and real football is the Quarterback. QBs rack up a large number of points that can easily decide a win or a loss in fantasy matchups. The perfect QB can carry a team throughout an entire season all the way to glory, or reduce a team to nothing more than the league laughing stock.

There are plenty of online betting options for owners looking to start up a league as long as they come prepared to draft a winning team.

In order to sort through these decision problems, league owners need to have a plan going into the draft of what kind of quarterback they are looking to bring home.

Are they going for a big name early? Maybe the classic fifth-round sleeper? Perhaps a holdout for a promising long shot?

Once owners take a look at the options in front of them across the league, it becomes apparent that most of the valuable quarterbacks fall into a few different, distinct categories.

The blue chips refer to the top overall quarterbacks who will likely go extremely early due to their big names and even bigger stat lines.

In this case that refers to Lamar Jackson and Pat Mahomes, who dominate fantasy leagues with their point totals every week.

Jackson scored 415.68 points in fantasy leagues last year per ESPN, while Pat Mahomes still racked up 287 even after missing time with an injury.

This is a group of extremely strong starting QBs that will likely go around the end of the first to second rounds in most leagues.

Anyone lucky enough to draft one of these guys can just set it and forget it for most of the season. All four of these QB’s have very high usage rates and put up huge numbers with no real drawbacks.

Wilson gets the nod as the best choice simply due to his insane consistency over the last few seasons.

Kyler Murray would be the riskiest pick out of this group as he is on easily the worst team in the group and has a porous offensive line. Pundits are still high on Murray however as his projected points for 2020 come in at 299.36.

All of these gentlemen have been doing this quarterback thing for a while a know how to put up stats. Depending on the NFL, these guys can be found scattered throughout choices up till about the fifth round.

Brees and Brady are the top choices out of this group, with the edge to Brees due to his Saints team looking formidable once again heading into 2020.

Don’t count out Matt Ryan or Aaron Rodgers though, who can both easily put up 300-point seasons if things go their way.

These are the guys that one owner in the league will SWEAR by and take way too early. To avoid disaster, none of these QBs should be taken before the sixth round.

Daniel Jones has upside but doesn’t have a high ceiling thanks to his current skillset, a limited offense, and so many other unknown factors with the Giants.

The same goes for Cam Newton in New England. It could be great, but it also could be severely mediocre.

Big Ben is coming off of injury while Cousins is always a mixed bag with the Vikings. The point here is to not risk any sort of high pick on these guys that could not work out.

Now it gets interesting. These are the lads that will likely be homeless deep into the end of the draft. Owners looking to fill up their rosters with skill players and then pick up a QB in the final rounds should look for these names.

Garoppolo led his team to the Super Bowl and is undervalued, while Rivers always seems to put up big stats and can do so again in Indianapolis. Tannehill showed crazy ability at the end of the season last year leading the Titans and joins that group as someone who won’t lose you the league.

Lock is anything but a lock but showed terrific skills for the Broncos down the stretch.

None of these guys should go high in the draft but could be valuable picks on teams that put the majority of scoring duties on their other positions.

Anyone looking to take a break from standard NFL betting can use this info to help build a fantasy team they are finally proud of.