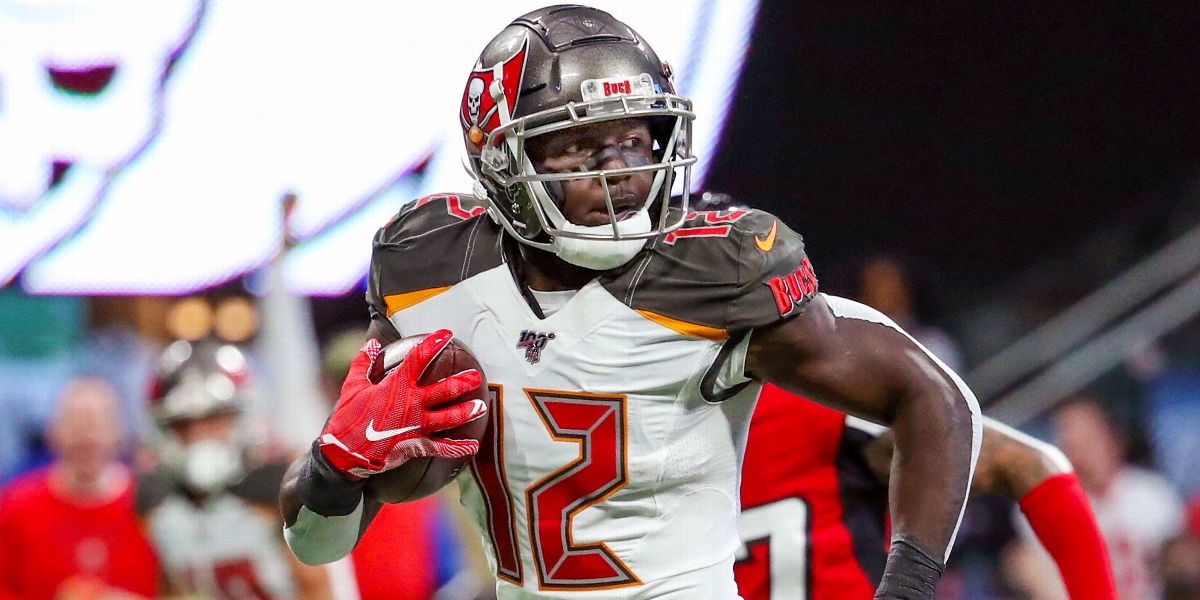 LAS VEGAS - It’s Sunday morning, and that means it’s time for everyone to make their last-minute adjustments to their fantasy football teams.

There are some major injuries that could impact the decisions being made, and this column is here to break down some of the biggest ones.

This column will go over some of the major injuries, as well as some potential fantasy football beneficiaries.

Chris Godwin will be sitting down on the bench for the Tampa Bay Buccaneers today, leaving many managers without a WR1/2 option.

Mike Evans owners could be poised for a good week, with Evans being the clear number one in the absence of Godwin.

However, the counterargument here is that Evans and Godwin benefit from each other’s presence - and that without Godwin, the Panthers can double Evans and take him out of the game.

The absence of Michael Thomas from the Saints offense has some obvious implications - Thomas is the premier 3rd down receiving option among the Saints wideouts.

Normally, one would assume that the absence of Thomas and the prolific passing of Drew Brees would combine to make this a great weekend for the other Saints WR’s.

However, Brees is the beneficiary of having a great receiving running back in Alvin Kamara and a genuine red zone threat in Jared Cook.

Cook is already a sneaky TE1 and is generally regarded as a top 10 fantasy TE anyway.

More targets could really up his numbers.

The same goes for Kamara, who had a lackluster Week 1 showing that was buoyed by two touchdowns. Kamara is set apart from most other RB’s in the game by his ability to be a passing target, and without Thomas, he could be the most reliable receiver on the Saints.

Quintez Cephus had a quality opening NFL game in Week 1, and actually led the Lions in target share, with 10 targets.

#Lions rookie WR Quintez Cephus expected to start for Kenny Golladay Week 2. Last week Cephus had a team-high of 10 targets. Could be a sneaky start in deep leagues, DFS and definitely worth an add in dynasty. pic.twitter.com/2PRPiFFv2y

Cephus might not be the primary option on the Lions offense, as Marvin Jones Jr. is still playing, but both could benefit in the absence of Golladay.

The Lions, with Matthew Stafford under center, are not the kind of team that relies on the run, no matter what their receiving options tend to look like.

This tendency could mean that Cephus and Jones Jr. see a lot of action against the Green Bay Packers.