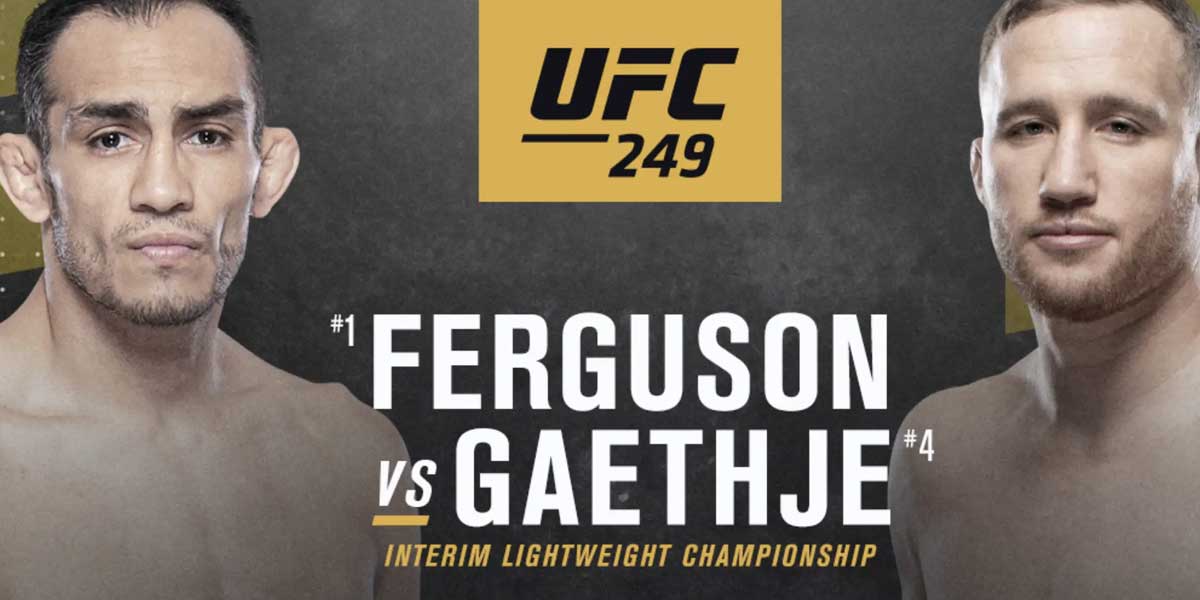 JACKSONVILLE, Fla. — Tony Ferguson and Justin Gaethje are set to face off in the main event of UFC 249, which will be taking place in Jacksonville at the VyStar Veterans Memorial Arena on May 9.

While there won’t be any fans in attendance, the attention and excitement on this fight are just the same for UFC fans and sports bettors alike.

There are plenty of UFC 249 betting odds for every fight on the card. But the main card featuring Ferguson vs. Gaethje comes with some sneaky good prop bets that are worth the early look.

When looking at both of their past opponents, they have both faced off against Michael Johnson who holds a 20-15 record. Ferguson came up short by a unanimous decision while Gaethje was victorious by way of TKO.

Some might look at this as Gathje having the upper hand but bettors should take into consideration the strength in the fighters that they each have beaten.

Will They Go The Distance?

Being that there has only been one appearance in the fifth round by both fighters combined, it would be safe for bettors to bet on it not going the distance.

Bettors should keep an eye on this bet as it is clear that both fighters try to end things sooner rather than later. Those watching the fight can expect some heavy hits in the early rounds if that is the case.