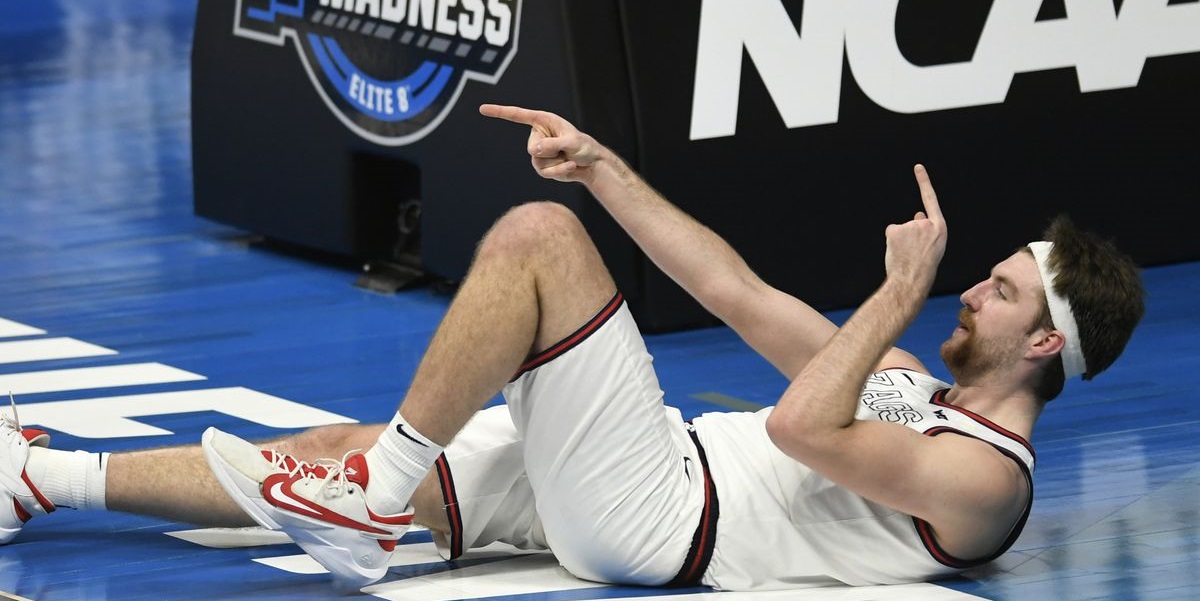 INDIANAPOLIS - The two Final Four matchups kick off on Saturday, and the eyes of the nation will be on them.

In the first matchup, the second-seeded Houston Cougars take on the first seeded Baylor Bears. Then, the Gonzaga Bulldogs face off against the UCLA Bruins.

The Final Four features some of the very best players in the nation, and there are college basketball odds on each of them to be the highest scorer in the Final Four.

Which Player Will Score The Most Points In The Final 4

The top four players who are the most likely to be the top scorer in the Final Four are Drew Timme, Johnny Juzang, Quentin Grimes, and Corey Kispert.

All of these players have lit up the scoreboard during their March Madness run to the Final Four which is why sportsbooks also have individual Over/Under lines for their Final Four performances.

Drew Timme is averaging exactly 19.0 points per game this season, and is an incredibly important piece of what Gonzaga is building. Gonzaga’s offensive rating with Timme on the floor is 134.0, and their defensive rating with him playing is 92.7 - a ballistic 41.3 net rating.

He’s a dominant force, but his O/U is set fairly high - above his yearly average of 19.0.

Johnny Juzang was the heart of UCLA’s upset win in the Elite Eight, scoring 28 of their 51 points against the Michigan Wolverines. Juzang will need to be similarly heroic if they want to take down Gonzaga, and several other factors will have to go their way as well.

Juzang averaged 14.8 points per game, and in five tournament games, he’s scored more than 17.5 points three times. One of his unders was 17 points, which is reasonably close, but another was 13 points, against the Alabama Crimson Tide.

He’s a threat to go off, and if he does, UCLA might be able to hang with Gonzaga for at least part of the game.

Houston’s Quentin Grimes is averaging 18 points per game, notably above his O/U for the matchup against Baylor, which is set at 17.

In four NCAA tournament games, Grimes has scored more than 17 points three times, with the lone miss coming against the Syracuse Orange, a game in which he scored 14 points.

What makes Grimes’ odds so intriguing is that he shoots a lot of three-pointers, which is a good way to boost scoring in the modern game. Grimes shot 10 threes against the Oregon State Beavers, and 12 threes against Syracuse. He’s never shot less than five three-pointers in a game this entire season.

This provides him with some scoring consistency, as his volume means he will likely approach or reach his O/U.

Corey Kispert averages 18.9 points per game, and his O/U line against UCLA is set at 16.5. Thus, it’s not a surprise to see that there’s a lot of shading on the over at the online sportsbooks.

Kispert has been a bit hit or miss in recent weeks, however, at least as far as scoring more than 16.5 points per game is concerned.

In four NCAA Tournament games, he has done so twice, and most of his big scoring explosions (32 points vs. Virginia Cavaliers, 27 points vs. Northwestern State Demons) were in the first half of the season.

This makes Kispert a tricky player to evaluate - his performances have fallen off a bit in terms of point scoring, but he does average more than his O/U.

The question for March Madness betting fans is whether or not the shading makes the Over a bit too unprofitable of a wager.