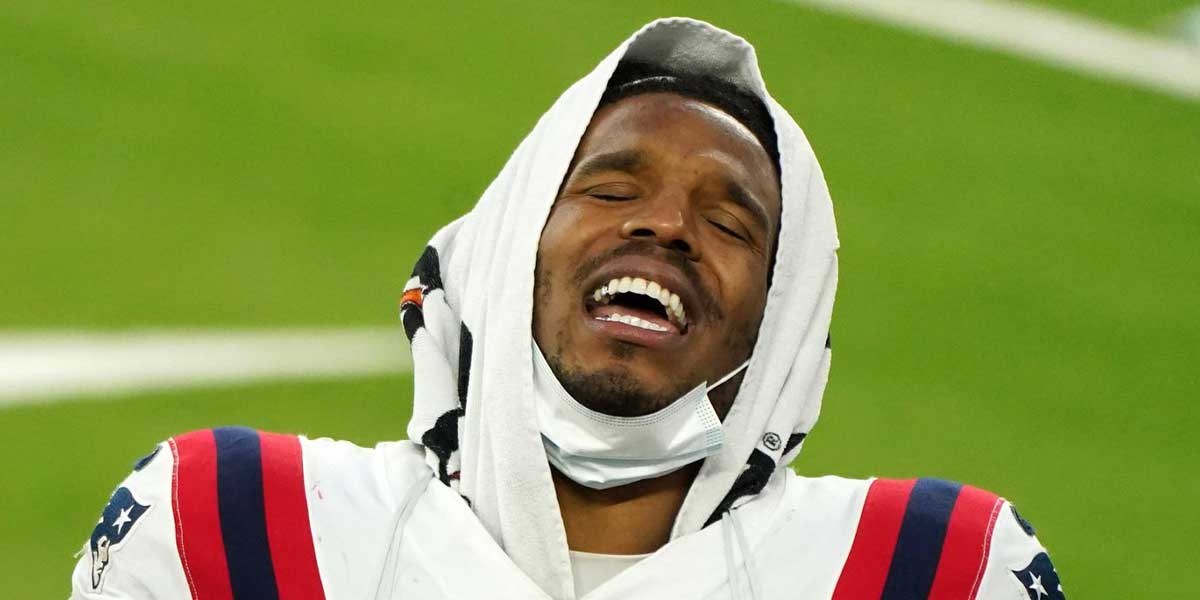 LOS ANGELES - When Thursday Night Football hits the main stage, NFL sportsbooks will be accepting bets left and right on both the LA Rams and the New England Patriots.

While the Rams are favored at home, -225 odds, they also have a 5-point favorite status behind them. Totaled at 44.5 points, the under is seeing some shading as well as the spread supporting the Patriots.

This TNF matchup may be a hard NFL game to bet on; however, like every other game, NFL sportsbooks will offer player and game prop bets for players to take instead.

While 18 completions may seem like a low number, that is because it is. Still, this number warrants concerns for some bettors.

Cam Newton has completed 18 or more passes in three (of 11) games this season. While this should be signing for everyone to hop on the under, Newton has been within range in half of his games.

A total of 18 completions shows only three winners but moving this number down to 15 completions changes his ability to cover. Within three completions, Newton has covered 15 completions in seven games, showing that his games with 15 and 17 completions (2 each) put him in an attainable position.

As for the Rams, they have allowed 22.67 completions per game, giving Newton that little bit on extra edge he needs.

However, that edge stops with completions and does not translate into passing yards. Needing only passing yards 180 to cover his projection and hit the over, Newton has struggled to hit this mark all season.

Newton has a handful of games with 150 passing yards or more, so the possibility is certainly there. Also, in three career games versus the Rams, Newton has averaged 20 completions for 223 yards.

Additionally, one note of emphasis that affirms those taking over is the fact that the Rams have only seen four teams pass for under 180 yards this year: Daniel Jones, a duo of Kyle Allen and Alex Smith, Tua Tagovailoa, and Kyler Murray.

While Newton's passing total may be enough for some, his rushing total is also available for TNF betting. His rushing abilities have been on full display this season as Newton has held true to his career averages.

With this, taking the over on Newtown 44 rushing yards comes with the belief that he can get 8-11 carries against the Rams. Newton has rushed for over 44 yards in six games this season, with two of them coming in back to back weeks leading into Thursday Night Football.

Some might be stressed about the over-under total, and this could be met with taking a TNF betting prop surrounding Cam. With the Patriots expected to score 20.5 points, the endzone is sure to be found.

Taking Newton to score a touchdown (-140) at any point comes with somewhat expensive odds, but Newton has 11 rushing touchdowns on the year - only three away from his career-high of 14 during his rookie year.

As the main red zone threat, Newton simply finds the endzone, scoring a rushing touchdown in seven games this year. When placing this bet, keep in mind that he only has two rushing TDs over his last three games (with two of them posting 0), so the risk is certainly there still.

While player props can be designed for finding statistics that work with trends, sometimes there is also the desire to throw out a lottery ticket type of bet. Sportsbooks like BetOnline offer pre-made game parlays that allow bettors to win bets ranging from favored odds to +5000 or more.

One to consider is Newton having 195+ passing yards in a New England win with Jakobi Meyers recording 60+ receiving yards and a touchdown. This comes with +2100 odds and while it is not the likeliest of scenarios, it has come close to happening before.

With of five of his last seven games hitting 50 receiving yards or more, Meyers needs to find his first touchdown of the season to make this prop hit.

No matter which way bettors are attacking the NFL betting board for Thursday Night Football, know that there are plenty of betting options at online sportsbooks from player props to game lines and more. The game kicks off at 8:20 p.m. ET and can be viewed on the NFL Network and FOX.