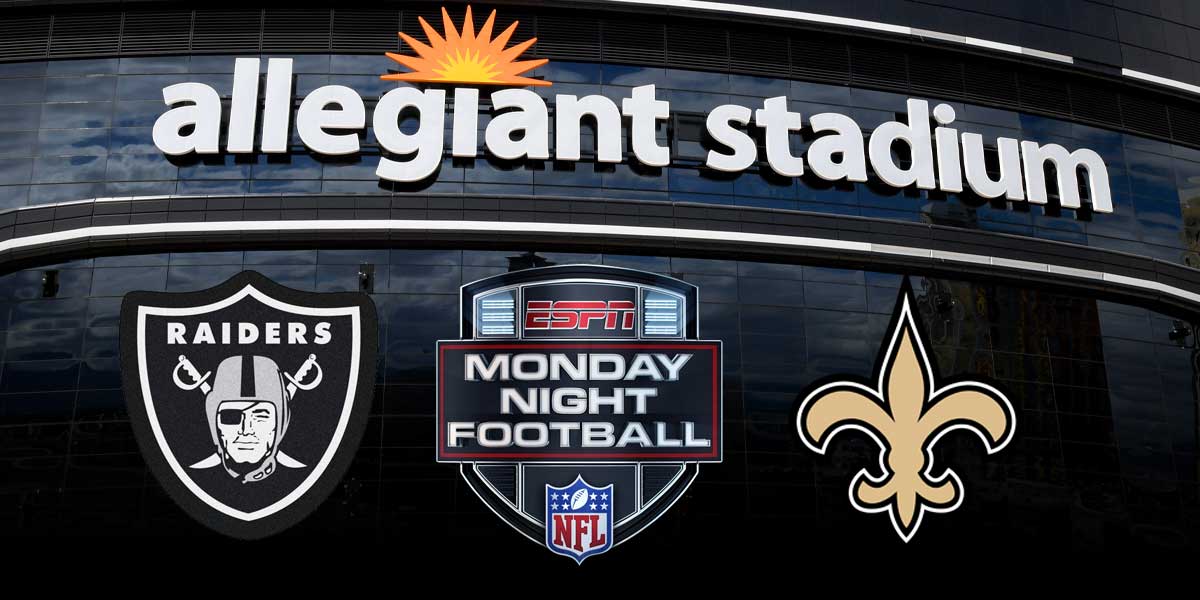 LAS VEGAS – The NFL’s second week of the regular season concludes with a Monday Night Football (MNF) matchup between the New Orleans Saints and the Las Vegas Raiders.

This will be the first ever game in the new $1.9 billion Allegiant Stadium. Both teams come into this game having undefeated records early in the season making this an even more intriguing matchup.

The Saints are six-point favorites to beat the Raiders and spoil their first game in front of an absent Vegas crowd. The Saints being favored shouldn’t come as a surprise as they boast one of the best defenses in the NFL after swarming Tom Brady and the Tampa Bay Buccaneers in Week 1.

The star power on both the Raiders and the Saints means this game should see quite a bit of points and yards put on the board. NFL bettors looking to bet on something other than who wins this game are in luck as there are player props that could net risk-takers a profit at sportsbooks.

Injuries will play a big factor in the usage of players this week as the Saints and Raiders both have key players on the injury report going into this game.

Player Props to Bet On MNF

Winner: Over (-110). The New Orleans Saints will be without target hog Michael Thomas due to injury and that should open up even more targets/receptions for Alvin Kamara in the passing game.

In Week 1, Kamara was targeted eight times bringing in five receptions and that was with Thomas healthy for most of the game.

Now, the Saints will be forced to lean on Kamara in order to pick up some slack in the passing attack. The odds on this player prop bet can be found at many online sportsbooks.

Winner: Under 69.5 Yards (+105). Josh Jacobs is one of the best young running backs in the NFL and it's no easy task to stop him. However, the Saints have been one of the best teams at defending the run and they’d like to force Raiders quarterback Derek Carr to beat them with his arm rather than leaning on Jacobs.

The Saints run defense should have no problem containing Jacobs especially if New Orleans gets a lead early Jacobs could be in for a lackluster performance.

Take the +105 odds on the under here as the Saints should be able to score enough points to prevent the Raiders from establishing the run consistently thus keeping Jacobs running usage down to a minimum.

Michael Thomas is out and the Raiders have an exploitable secondary. Cook should be able to help pick up the slack in Thomas’ absence but his ability to stretch the field will be key for the Saints against the Raiders.

With Thomas out, expect the Saints to deploy Cook vertically even more now. The Saints top wide out with Thomas missing the game will be Emmanuel Sanders and he doesn’t have the continuity with Drew Brees being he just joined the team via free agency, Cook should have a heavy target share tonight.

Take the +189 odds on Cook to eclipse the 80-yard mark against the Raiders as he’ll continue to find holes in the Raiders defense.