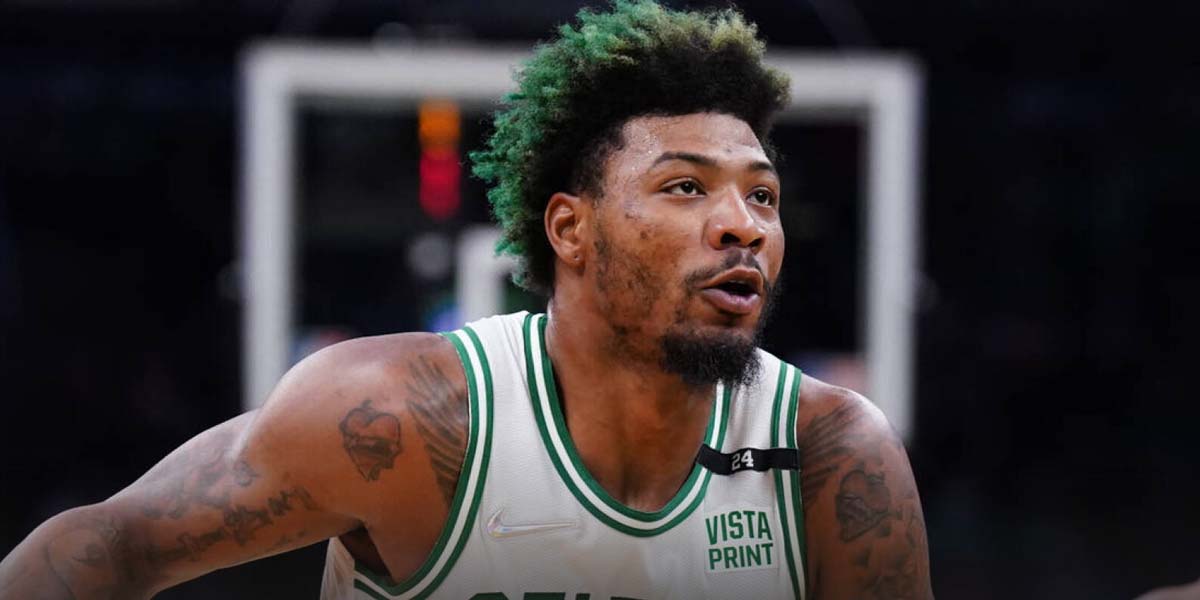 MIAMI – The Miami Heat were -2.0 favorites to win Game 1 of the Eastern Conference Finals before the announcement that the Celtics would be missing Marcus Smart and Al Horford came out.

After that announcement, the Heat moved to -4.0 favorites on the online sportsbooks in Game 1, and the moneyline moved from Heat -130 to Heat -180.

Game 2 of the series is on Thursday. Smart did not play due to a mid-foot sprain that he was seemingly able to play through for the last bit of the Celtics’ recent series against the Milwaukee Bucks.

Horford did not play due to being in Health and Safety protocols, the implication being that he caught a case of COVID-19.

The most recent precedent available for Horford’s return timetable is Steve Kerr’s two game absence from the Golden State Warriors’ series against the Memphis Grizzlies.

In other words, it seems like there is a significant chance that Smart can play in Game 2, and a far smaller chance that Horford can, as the Celtics are preparing for Game 2 without him.

Boston is prepared for the likely scenario of Al Horford remaining in the league’s Health and Safety Protocols through Game 2 on Thursday, sources said. https://t.co/QsWWjKDRcq

However, the Game 2 odds seem to suggest that the online sportsbooks do not believe that either of them will play in Game 2 – which opens up opportunities for bettors if either of them do.

Marcus Smart might not seem like the most important player on the Boston Celtics, and he isn’t, but his absence leads to players with truly exploitable weaknesses, like Payton Pritchard, playing big minutes.

Heat scored 13 points on the 7 that resulted in a direct attack. Thats a problem.

Pritchard was a true liability on the defensive end as Boston tried to mount a fourth quarter comeback, and Smart is the reigning Defensive Player of the Year.

In the 2020 Eastern Conference Finals, Smart was one of the top defenders the Celtics used on Heat superstar Jimmy Butler, and held him to 23% from the field when he was the primary defender.

There’s a similar dynamic at play with Al Horford and Daniel Theis. Pritchard’s contributions on the offensive end kept him at a -1 for the game, while Theis racked up a -16 in only 20 minutes of play.

If either Smart or Horford are able to play in Game 2, they’re likely worth a point or two on the spread as far as NBA odds go, as demonstrated by the movement of the spread after their absences were confirmed.

What this means is that it could be a solid play to take the Celtics with the points in Game 2, especially if one can find a sportsbook offering Celtics +4.5 or Celtics +5.0.