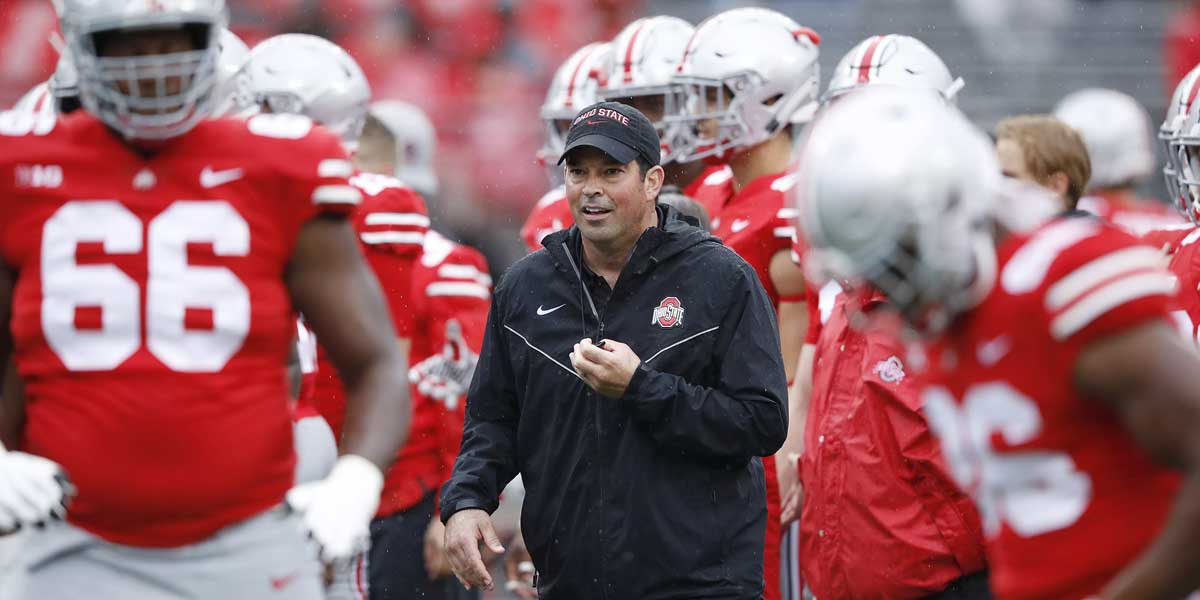 If the College Football Playoffs were to begin today, the final four teams would be the No. 1 Ohio State Buckeyes, No. 2 LSU Tigers, No. 3 Alabama Crimson Tide, and No. 4 Penn State Nittany Lions. The selection committee made a bold statement with their first rankings of the season giving the No. 5 ranking to the defending national champion Clemson Tigers. For the first time in any ranking (AP or Coaches Poll) this season Clemson is ranked outside the top four teams.

Although Clemson was left outside of the final four, US online sportsbooks still like the Tigers to make the College Football Playoff listing them at +275 odds to repeat as national champions. With only No. 1 Ohio State (+250) and No. 3 Alabama (+250) having shorter odds than No. 5 Clemson.

The other two teams ranked ahead of Clemson in the College Football Playoff Rankings have longer odds to win the national championship with No. 2 LSU listed at +450 and No. 4 Penn State a longshot at +3300. Now could be one of the best times to bet on the Clemson Tigers championship odds with longer odds.

If you’re a bettor worried about Clemson, you should find comfort in knowing that Clemson has not missed the College Football Playoff once in the past four seasons. The Tigers are still a team loaded with talent on both sides of the ball and still have Trevor Lawrence under center. This makes them a dangerous team heading into the final stretch of the season.

The No. 5 ranking is not the end for the Clemson Tigers title hopes. Each team ahead of Clemson in the College Football Rankings have matchups against each other before the conference championship week. With LSU-Alabama clashing this weekend and an Ohio State-Penn State matchup on the horizon, there remains time and opportunity for Clemson to still make the College Football Playoff. With the Tigers having a relatively easy schedule to end the season because of lackluster ACC teams. The Tigers are probably one of the safest bets to make the CFP despite the current No. 5 ranking.

CFB Teams To Bet On Outside The Top 5

There are two teams ranked outside of the top 5 in the rankings that have a legitimate outside shot at making the playoff this year.

The No. 6 Georgia Bulldogs (+1200) and No. 9 Oklahoma Sooners (+2000) each are longshots right now to make the playoff but after the dust has settled from conference championship week, both teams could find themselves in the playoffs.

However, Georgia has the easier road to the playoffs out of the two teams because if they win the SEC championship game, they’re a lock as they’ll likely meet LSU or Alabama in that game. The Bulldogs also have better wins over ranked teams as they have wins over No. 7 Notre Dame and No. 6 Florida Gators.

The Sooners will need a lot more help in getting into the playoff as a Big 12 championship will not be enough to move them up the rankings with one loss on their record.