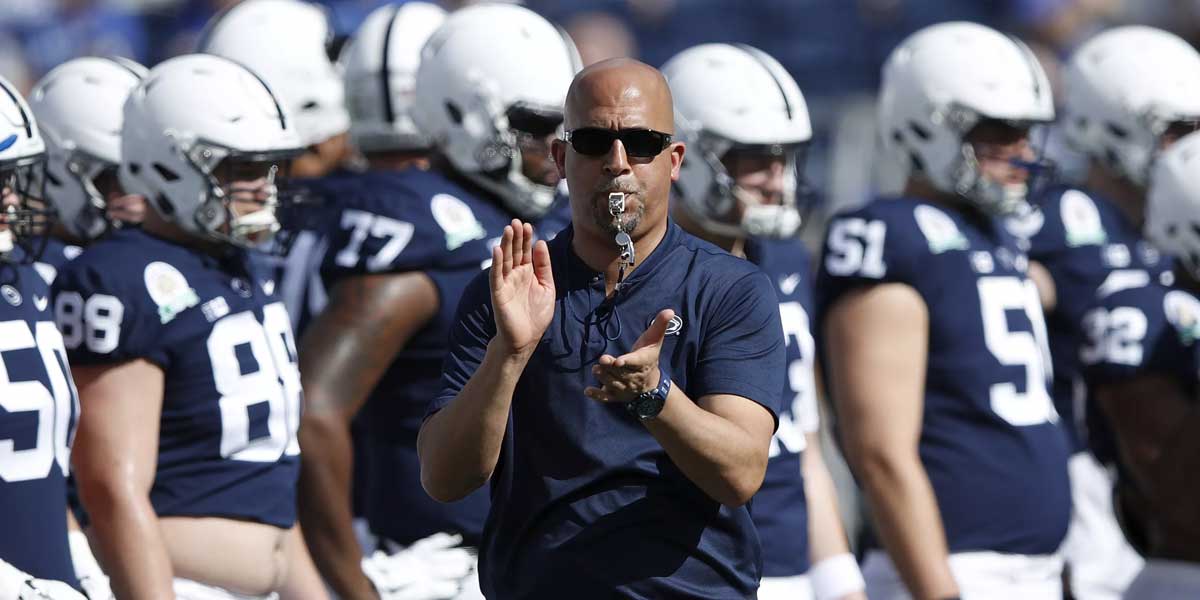 TALLAHASSEE, Fla - Week 5 of the College Football season has some big implications for teams looking to stay in their Conference championship races. Below are some of the key matchups with betting odds:

In a Big Ten East clash, the 12th ranked Penn State Nittany Lions (-240) come into the matchup as 6.5-point favorites to beat the Maryland Terrapins (+200) on the road. Taking the Over in this game is a safe bet as both teams average more than 45 points a game on the season. If you’re thinking about betting on the underdog Maryland, keep in mind that they’re 1-5 SU in their last six games against an opponent in the Big 10 conference. The Nittany Lions have also outscored the Terrapins by a margin of 104-6 in their last two meetings.

Penn State Nittany Lions- Maryland Terrapins pick: Penn State (-6.5); The Nittany Lions have dominated this matchup the past two years and that should continue again this year.

In a battle of Top 25 teams, the undefeated 18th ranked Virginia Cavaliers (+380) have their toughest matchup to date facing off against the 10th ranked Notre Dame Fighting Irish (-480). The Fighting Irish are facing their second Top 25 opponent in consecutive weeks and are looking to bounce back after a close loss to the third-ranked Georgia Bulldogs last week. At home, Notre Dame is a 12.5-point favorite over the Virginia Cavaliers. The total has gone Under in five of Notre Dame's last six games. The Cavaliers come into the game riding a five-game winning streak, but Notre Dame is 6-1 in their last seven games against an opponent in the Atlantic Coast Conference.

Virginia Cavaliers-Notre Dame Fighting Irish Pick: Notre Dame (-12.5) Virginia hasn’t faced an opponent as talented as this Notre Dame team all season. The fighting Irish will comfortably cover the spread in this contest.

The 17th ranked Washington Huskies (-360) host the 21st ranked USC Trojans (+290) in a Pac-12 Conference showdown. The Huskies are 10.5-point favorites in a game where the Trojans will be without starting quarterback Kedon Slovis, who is still in concussion protocol. Junior Matt Fink will be making his first career start for the Trojans. Although Washington is the favorite, they’re 1-5 SU in their last six games when playing at home against the USC Trojans. These are two of the better offenses in the Pac-12 conference. The Huskies defense will have to step up in this game if they want to keep their Pac-12 championship hopes alive.

USC Trojans- Washington Huskies Pick: Washington (-10.5); The Huskies defense will take advantage of the Trojans trotting out their third-string quarterback and will cover the spread.

In a matchup of two of the top teams in the ACC, the undefeated Wake Forest Demon Deacons (-220) travel north to face the Boston College Eagles (+185). In this matchup, the Demon Deacons are six-point favorites to remain undefeated. The Demon Deacons have won their last six games and have the top-ranked passing offense in the ACC. The Boston College defense hasn’t been great this season as they’ve surrendered an average of 438.3 yards to opponents through four games. The total has gone Under in four of Wake Forest's last five games when playing on the road against Boston College at US sportsbooks.