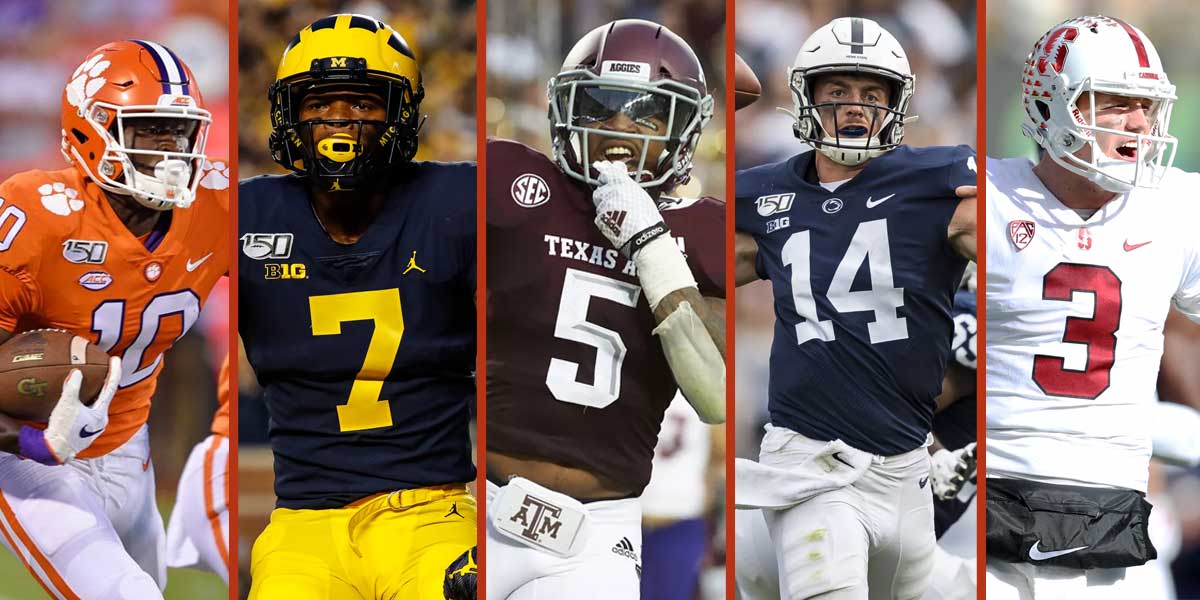 TALLAHASSEE, Fla. – As the first week of college football is completed, we finally have evidence of how teams perform against their expectations. The Clemson Tigers came into the season as the top dog, and nothing has changed in that department.

But four other teams also have proven by their defensive, offensive, or coaching abilities that they can make a splash in the season. With only four teams able to make the College Football Playoffs, it will take the very best of play from here on out to reach the National Championship Game.

Clemson remains atop the power rankings after the first week of action. They beat Georgia Tech by over five touchdowns in their ACC opener and easily proved they are the team to beat this year.

With an excellent running back in Travis Etienne, he has the most potential of any running back to hoist the Heisman at the end of the year. Though running backs rarely win this award, if he continues to post 200+ yard games and the defensive side of the ball can allow him to keep the ball in his hands, don’t rule out the possibility.

Georgia Tech isn’t the best competitor in the ACC, but they also aren’t the worst. Next week, Clemson will be put to a higher test, when they face a Jimbo Fisher-led Texas A&M team. This ACC-SEC battle will be a strong test of dominance.

Michigan remained at spot number 6 in the power rankings, after beating Middle Tennessee State by three touchdowns. MTSU isn’t a team that will test many opponents this year, but Michigan was still able to show their prowess.

Michigan showed their offensive abilities, putting up over 450 yards of offense – 233 of which came on the ground. However, the 90 yards put up by Zach Charbonnet was only the base of his amazing play last week. The true freshman also did excellent in pass blocking – something that was noticed by head coach John Harbaugh.

“I don’t think we’ve had a back get nine pickups in a protection since we’ve been here, no single back," said Harbaugh. "He was 100%, nine out of nine. That’s a lot. That’s really good."

Charbonnet didn’t find the endzone in Week 1 but he didn’t need to in order to help secure the win. Next week, Michigan will face Army, who holds the second-longest active winning streak in college football at 10 games.

Texas A&M stayed at the 12th spot in the power rankings, but now finds themselves ahead of the University of Florida who fell from eight to 13. Going against Texas State in Week 1, the Aggies were led by their defense, who only allowed seven points (which happened near the end of the game) and created four turnovers in the process.

Texas State was forced to abandon their running game, as they only averaged 0.5 yards per rush. But the USAOnlineSportsbooks.com thought defense for the Aggies also looked a bit suspect on some third down plays, allowing 6 first downs of 15 attempts.

Still, the Texas A&M won the game on the offensive end, posting 41 points – scoring the majority of their points in the first half. Led by quarterback Kellen Mond, the Aggies threw for 232 yards and was responsible for four touchdowns.

The rushing attack was a duel effort between Isaiah Spiller and Jashaun Corbin, who both posted 100 rushing yards. This offense will be put to the test next week when they face the Clemson Tigers, though.

Penn State improved their ranking by one position after dominating the Idaho Vandals 79-7. Idaho isn’t a true test to Penn State’s abilities, but with a backfield by committee, the Lions were able to find the endzone from rushing attempts seven times.

Still, the offensive will need to work on their passing game, as sophomore quarterback Sean Clifford only posted a QBR of 30.7. He was still able to throw for two touchdowns without any interceptions, but his 60.8% completion percentage will need to be a focal point for this week’s preparation.

Against a lesser opponent, the offensive line looked quite powerful and the defense did their job as well. The Vandals only score came near the beginning of the 4th quarter, after the Nittany Lions fumbled on their side of the field.

The team will face another opponent they should work through at ease next week, when Penn State takes on Buffalo.

Stanford moved up four spots in their power rankings, after beating Northwestern University 17-7. The Wildcats scored their lone points midway through the 4th quarter, after being down 10 since the start of the 2nd half.

Neither team played particularly well, however the efficiency from Stanford’s quarterback (K.J. Costello) and running back (Cameron Scarlett) was unmatched. With 20 pass attempts for Costello, only four fell as incompletions, as he helped lead the offense to 233 yards of passing offense (152 for Costello).

On the running side, Scarlett was just shy of breaking the 100 yard rushing mark, but did eclipse this in all-purpose yards with the addition of 27 receiving yards.

Stanford committed eight penalties for 78 yards – something they will need to work on before their game against USC next week. But Stanford’s 38 mins. of possession allowed their defense to remain off the field for the majority of the game. Still, Stanford was able to force four turnovers against Northwestern.