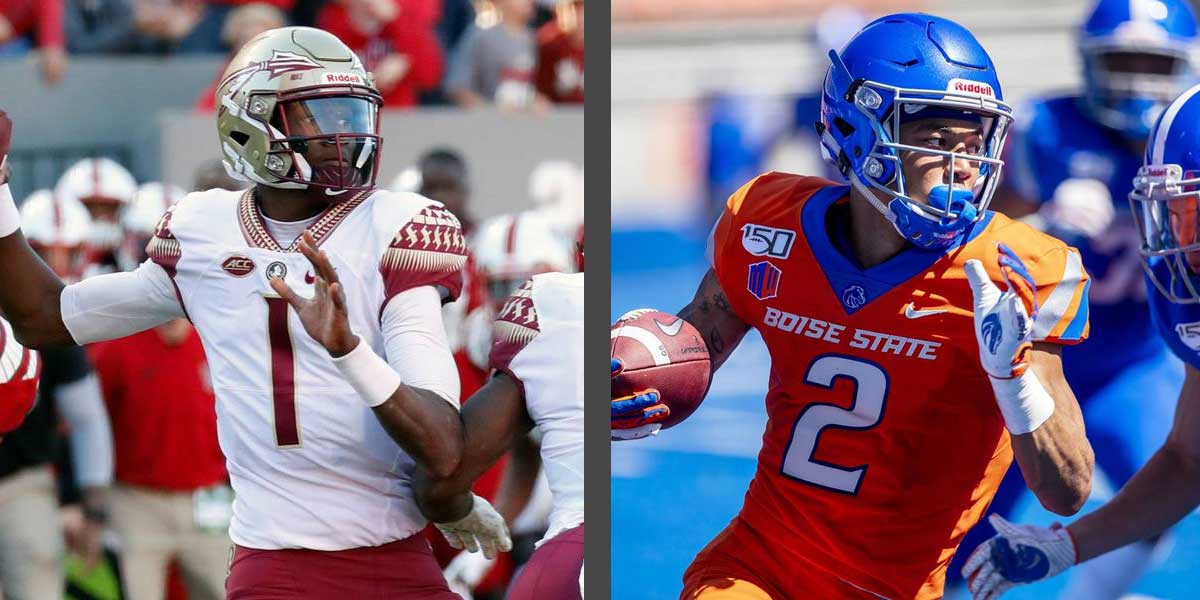 JACKSONVILLE, Fla. - The Florida State Seminoles travel to Jacksonville to face off against the Boise State Broncos in a neutral site meeting to kick off the 2019 College Football season for both teams.

This will be the first-ever meeting between these two football programs, and Florida State (-220) is favored by 6-points over Boise State (+185). The Seminoles are 2-4 ATS in their last six games as the betting favorite. Factor in that Boise is 5-0 ATS in their last five as underdogs, and expecting FSU to cover could be risky. Betting on the Seminoles straight up might be a smarter bet, which will be discussed in more detail.

The Seminoles look to bounce back from their disappointing first season with Willie Taggart as their head coach. James Blackman will lead the Seminoles offense at quarterback this season beating out the graduate transfer from Wisconsin Alex Hornibrook. Last season, Blackman was the backup quarterback for Deondre Francois, who is now at Alabama State University. In his career for the Seminoles, Blackman has compiled a stat line of 2,740 passing yards, 24 touchdowns, 12 interceptions, and a completion percentage of 59.2%.

The Seminoles should have an improved offensive line this year and the arrival of offensive coordinator Kendal Briles should bring new life to the Seminole offense.

The game total is also another wager worth considering in terms of value. The O/U at USA online sportsbooks for this game is listed at 55. The Broncos are starting a true freshman at quarterback and they've gone UNDER in all five of Boise State's most recent games. The best bet here is to go with the under.

Boise State head coach Bryan Harsin has selected true freshman Hank Bachmeier to be the starting quarterback for Boise State. Bachmeier will replace multi-year starter Brett Rypien who started the last 51 games for the Broncos. The true freshman was the sixth-ranked pro-style quarterback in his recruiting class.

The Broncos defense last year recovered the most fumbles in the nation (17) and was a top 20 team defending the run. Boise State’s defense will have to keep the Florida State offense in check to give their freshman quarterback a chance in this matchup.

After this game, the Noles will go on to face the University of Louisiana Monroe at Doak Campbell Stadium in Tallahassee. The Broncos will face Marshall University at Alberton’s Stadium in Boise, Idaho.

Both teams look to start their season off with a win at TIAA Bank Field Saturday in Jacksonville, with kickoff scheduled at 7 p.m. ET.